The corporate model is failing.

That’s according to millennials, whose support for large companies took a nosedive over the last few years. Today, politicians on both sides of the aisle believe governments should behave and be run like businesses. However, young people are drawing new lines in the sand, and retracing old ones, when it comes to corporate ethics, sustainability, worker protections, anti-competitiveness, taxation and privacy rights.

Having big companies and monied interests at the tiller of society and politics has been business-as-usual for as long as anyone can remember. If present trends continue, though, millennials could become the first generation that manages to hold entities accountable and put an end to free lunches for robber barons.

How Do Millennials Feel About Corporations?

There is a lot of polling data available outlining how young people today feel about their jobs, corporate culture and companies and corporations in general. Given that millennials became the largest cohort in the workforce in 2016, these shifting sentiments about the value delivered by big business could soon cause major headaches for industrialists.

By 2025, millennials will represent three-quarters of the American workforce. So what do they think and feel about these institutions? Here’s a taste:

According to Deloitte, almost 50% of millennials in the survey group said they would quit their jobs within two years if they realistically could.

When people talk about millennials being more willing than boomers to jump from job to job, that’s not the whole story. Millennials today are signaling in large numbers that they want to hold their employers to higher standards. They are increasingly unafraid to shop their skills around if it means working for a company they can feel good about.

How Are Millennials Expressing Their Disapproval?

2019 saw a significant number of demonstrations in the name of corporate responsibility, fairness to employees and environmental awareness.

One of the most visible demonstrations is the ongoing Global Climate Strike, which sees young people and their allies staging walkouts from schools and places of employment. In New York City, students even received district permission and excused absences to attend these walkouts. Teachers, meanwhile, were barred from participating on the grounds of creating a “politically neutral learning environment.” 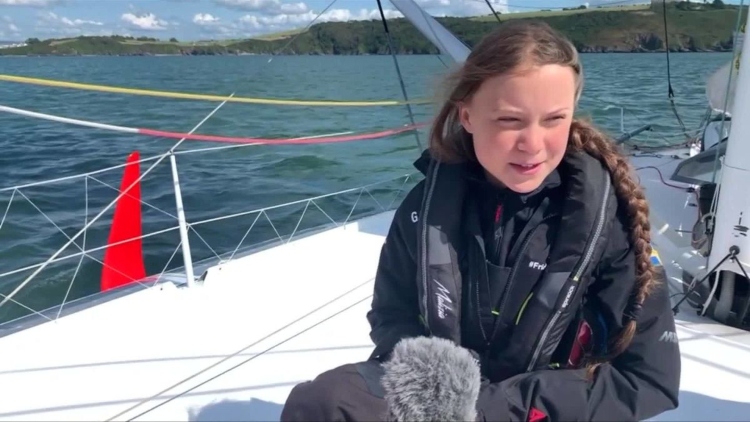 The city misses two things here. The first is that all signs point to young people being at the end of their patience when it comes to political neutrality. The other is that there is nothing political whatsoever about averting ecological collapse. As our problems have grown, in magnitude as well as awareness, it has become increasingly impossible to pretend as though politics does not bleed into other aspects of our lives. Millennials are living this truth in ever-greater numbers.

What these and other strikes are ultimately about is taking back a measure of public control over an unaccountable corporate community. The older generations laid the foundation for a nationwide New Deal — and regional Square Deals from the likes of George F. Johnson — that balanced public needs with those of big business. A critical mass of young people today knows that there can be no organized answer to climate collapse or any other crisis until we bring these elements back into balance.

What Else Are Millennials Doing? What Brought Us to This Point?

Today’s technology-savvy and organized young people are attempting to effect change throughout the world economy, beginning with some of the most visible companies.

Microsoft employees put the company on notice for cozying up to the U.S. military with its augmented reality projects. “We did not sign up to develop weapons,” they said in an open letter. Google faced a backlash from its employees on two fronts. It was complicit with federal agencies that engage in deportations and it let an unchecked culture of sexual harassment permeate the company.

Amazon, meanwhile, is telling employees they can expect termination if they speak out about the company’s role in climate change. This is after the company announced a lackluster “climate pledge” that was roundly panned by environmentalists. Prime Day 2019 also saw workers strike against the inhumane conditions in Amazon warehouses. Jeff Bezos continued renovations on his home throughout 2019, which will have 25 working bathrooms by the time it’s done.

Elsewhere, employees are waking up to the fact that companies have an unprecedented amount of oversight these days into how their workers use the internet and email, send and receive documents, and even use personal computers and devices. Some countries have had to create laws protecting employees from having to compulsorily check their work email over the weekends. This work-life balance line in the sand does not yet exist in the United States.

Millennials’ lack of patience with unaccountable and exploitative corporate culture is leading to the death of entire industries. Luxury goods manufacturers are on notice for exploiting natural resources, and so are department stores, casual dining restaurants, membership-based gyms, cable TV companies and golf courses. A variety of reasons exist, ranging from ecological and resource mismanagement to price-gouging, toxic workplace cultures and more.

There’s also the small matter of millennials working longer hours than their parents, for the same or lower wages, and consequently having less disposable income for these and other unnecessary products and services.

Millennials everywhere are helping amplify, and hopefully win, the oldest and most important conflict in the world: the general population vs. established interests. There is nothing inherently unethical or unfair about the corporate model, but young people today are increasingly vocal about the changes they’d like to see. Without progress, the exploitation of the planet and its people by the corporate community will continue unchecked.

Whether they’re boycotting environmentally destructive companies or eschewing mainstream employment to work with non-profits, millennials are coming into their own as opinionated and future-minded individuals. They want the modern workplace to function like communities, where average people feel their lives are well-balanced and they have a say in how their future unfolds. Moreover, they want companies to serve a purpose beyond turning a profit. These aren’t sky-high demands. They are, arguably, long overdue.

Why Are We so Afraid to Be Bored That We Would Electrocute Ourselves?

Political Correctness is Not as New as You Might Think