Swiss Army Man made its premiere at the Sundance Film Festival this week, and the reaction was, erm, mixed. The film stars Paul Dano as a stranded survivor on a remote island. The film also stars Daniel Radcliffe as a constantly farting corpse with a permanent erection which washes up on the island, just as Dano tries to kill himself. What ensues is a particularly odd friendship as Dano begins to use Radcliffe as a reason to continue, and also as a means of starting a fire (via the flatulence). He also rides him like a jet-ski at one point (via the flatulence). The film is directed by music video and internet viral directors Daniel Kwan and Daniel Scheinert (the Daniels) who have made videos for the likes of Battles, Passion Pit, The Shins and DJ Snake and Lil Jon,

The first screening of the film caused a walk-out of many of the audience members who thought the idea of a 90 minute fart joke was not that appealing. Esquire described it as “The longest fart joke in film history” while movie critic Chris Nashawaty said: ‘If [Michel] Gondry directed a castaway version of Weekend At Bernie’s it might come close to the strangely confounding Swiss Army Man.” Others praised its magical style and black humour and in particular the performance of Paul Dano, and described the odd central friendship “surprisingly profound”.

This is why I love Sundance. Swiss Army Man does not have a release date but will be sure to be picked up for distribution this year.

The second trailer for the David Ayer (End of Watch, Fury) directed Suicide Squad was released this week and I am most-pleased. With a very exciting director talking on a fairly unknown comic book project like this, I was pretty psyched from the get-go. From the launch of the teaser last year there have been rumours surrounding links with Batman Vs Superman and the second trailer has actually only raised more questions. There was some confusion over who the villain in the story would be; Joker (Jared Leto) or Enchantress (Cara Delevingne)? However there seems to be another separate baddie causing the havoc, like splitting a subway train in half with a flick of a wrist. I haven’t got the foggiest who or what this is (which is both exciting and frustrating). We know Leto’s Joker will be causing a serious pain in the ass wherever he is but it seems it’s this sludge-wielding superpowered dude that the movie will revolve around.

We can see that the movie will be balls-to-the-walls action and Ayer does action like no-one else. The real surprise of the trailer was how little it seems to take itself serious. We have Jai Courtney’s Captain Boomerang supping on a can mid-battle and Margot Robbie’s Harley Quinn making light of her obvious craziness. This looks like a high-octane action-packed load of fun and I am looking forward to it’s release this August. – Paddy O’Leary

Waking up from a car accident, a young woman finds herself in the basement of a man who says he’s saved her life from a chemical attack that has left the outside uninhabitable.

J.J. Abrams is Hollywood gold and everything he touches just seems to work, be it Star Wars, Star Trek or even his long history in TV. He also knows how to pull together a trailer. 10 Cloverfield Lane was shot in secret, and the first teaser trailer landed last week in US theatres. Abrams described the film as “a blood relative” of the highly successful Abrams monster project Cloverfield from 2008.

In typically Abrams fashion, the trailer is totally intriguing and gives practically zero info on the real story, the monster, the plot or any relation to the 2008 film, which itself had one of the most intriguing marketing campaigns which really utilised web marketing and viral campaigns to muster up huge enthusiasm.

The trailer reminds me a lot of the opening scene from season 2 of Lost, the wonderful sci-fi series created by Abrams. which brilliantly introduced us to the contents of “the hatch”. What Abrams does so well is constantly subverting the norms of what is expected. The marketing campaigns surrounding his projects are masterfully crafted and considering the production of a Cloverfield sequel was kept under wraps, and considering the spoiler leaks from the Star Wars production were practically non-existent, is a fair sign of the loyalty Abrams produces amongst his collaborators.

The Best Films on TV This Week 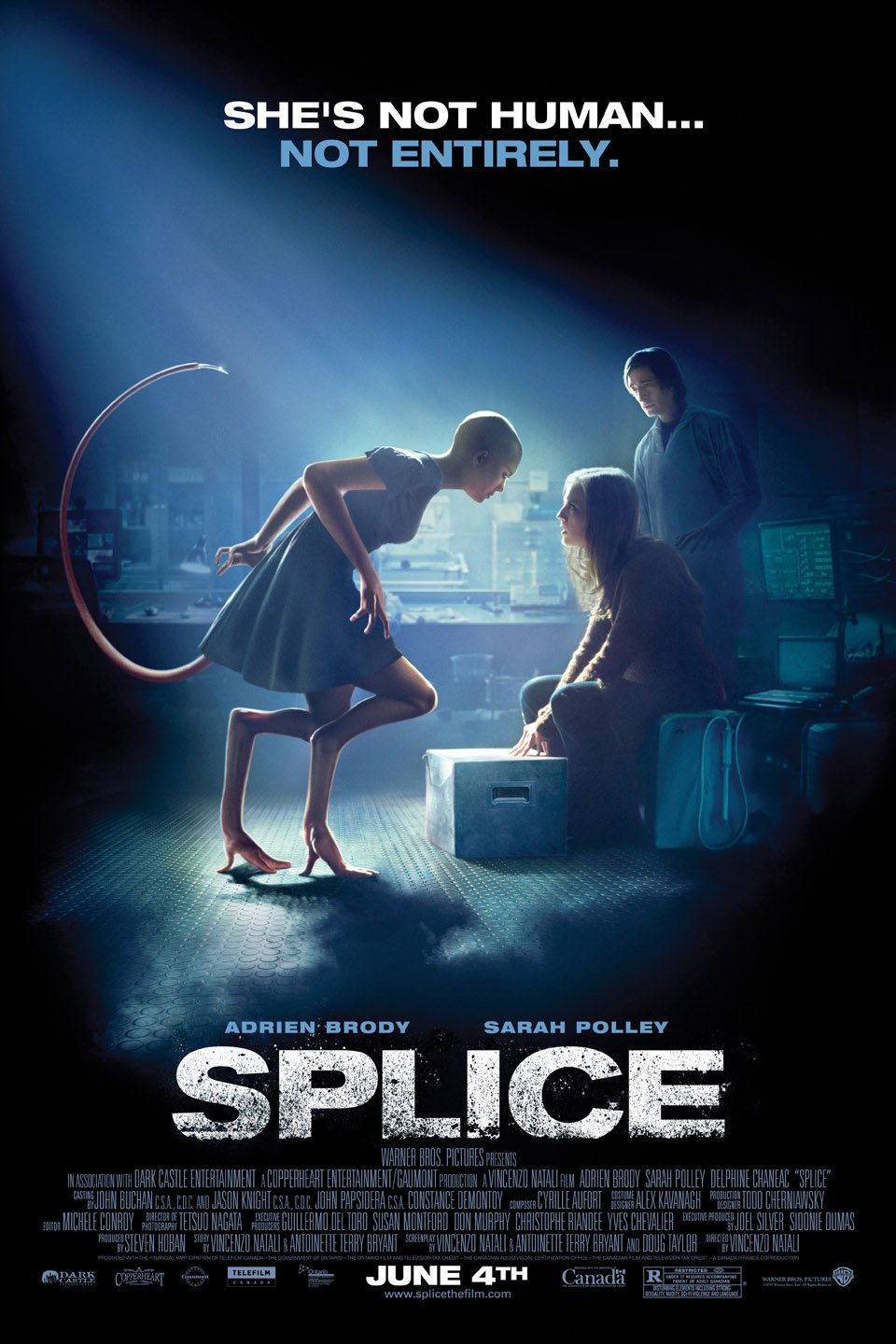 Genetic engineers Clive Nicoli and Elsa Kast hope to achieve fame by successfully splicing together the DNA of different animals to create new hybrid animals for medical use.

A clever and actually quite scary sci-fi horror / morality tale which went under a lot of radars when it was released a few years back. Starring Adrien Brody and Sarah Polley as the scientists, it questions the ideas of genetic testing and scientific progress as well as scaring the fecking bejaysus out of you in parts. 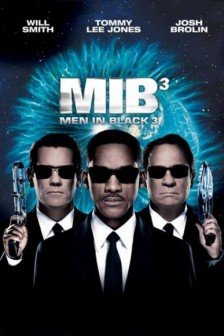 Agent J travels in time to M.I.B.’s early days in 1969 to stop an alien from assassinating his friend Agent K and changing history.

It’s a bad night for movies on Monday but Men In Black 3 is about the best. It is fun and light and not that taxing and the brilliant Josh Brolin steals the show as the young Agent K. Plot wise it makes little sense but it’s the visuals and the comedy that win through in this mindless two hour version of candy floss. 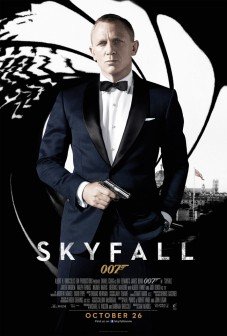 Bond’s loyalty to M is tested when her past comes back to haunt her. Whilst MI6 comes under attack, 007 must track down and destroy the threat, no matter how personal the cost.

After the disappointing Spectre, take a look back at Skyfall and its place as one of the finest Bond films of the series will be all the more prevalent. Daniel Craig is torn and vulnerable as he jousts baddies from brilliant set piece to brilliant set piece. Javier Bardem is fantastic as the vengeful, ex-agent antagonist. 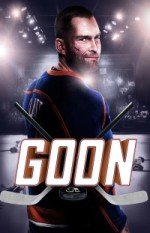 Labelled an outcast by his brainy family, a bouncer overcomes long odds to lead a team of under performing misfits to semi-pro hockey glory, beating the crap out of everything that stands in his way.

This wouldn’t ordinarily seem like it should work (Sean William Scott for example) but Goon is actually one of my favourite sports comedies of the past 10 years. It has great comedy moments, but it is the heart and soul of the film that pushes Goon to a much higher level that makes it something bigger than the sum of its parts. Funny, heartfelt, well written and cleverly told Goon is worth a watch. 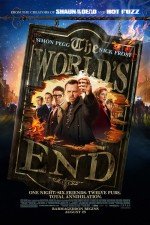 Five friends who reunite in an attempt to top their epic pub crawl from twenty years earlier unwittingly become humanity’s only hope for survival.

Being the third part of the Cornetto trilogy, which features Shaun of the Dead and Hot Fuzz, The World’s End was always going to struggle to match the brilliance of the previous instalments and on first viewing it’s not even close. But, further viewing actually shows that The World’s End is a hilarious mash-up of witty one-liners and tender moments dotting amongst the alien blood splattering and pint drinking.

Film Review | Oxygen is an Ambitious, Breathless and Stylish Thriller

Political Drama And Tomorrow the Entire World is Intelligent and Urgent