Life on the frontier has always had a romantic air. Where civilisation ends, and wilderness begins, then there is room for tales of people we can relate to; having adventures we can only dream of. Still, every frontier comes to an end, and every list of tales has a last one. So it was with the Wild West and the last of its stagecoach robbers, a woman by the name of Pearl Hart. [1]

Pearl was born as Pearl Taylor in 1871 in Ontario, Canada, the descendant of French immigrants. When she was young, her parents (who were clean-living, religious types) moved to Toronto, and enrolled the young Pearl in a local boarding school. It was while she was at school that she met her future husband. Hart (whose first name is given by various sources as Brett, Frank or William, though the most common seems to be Frederick) was a gambler and ne’er-do-well, but Pearl’s sheltered upbringing had left her unprepared to deal with a man like him.  He seduced the 16-year-old with tales of a life filled with romantic excitement; and the two eloped. However, the promises he had made turned out to be a far remove from the reality. Hart was an abusive drunk, incapable of holding down a job, and Pearl was dragged along with him as they moved from one town to the other. Finally, the pair arrived in Chicago, Illinois. 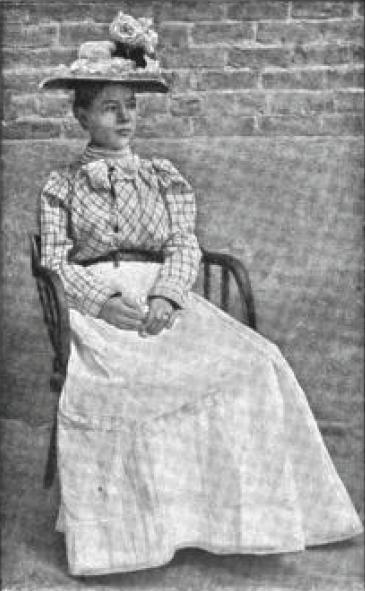 Two things in Chicago changed Pearl’s outlook on life. The first was the World’s Fair of 1893. Held (a year late) to celebrate the 400th anniversary of Columbus landing in America, the fair featured a Women’s Pavilion where a huge array of women spoke. These included several leading lights of the burgeoning Women’s Suffrage movement such as Julia Ward Howe, author of the Battle Hymn of the Republic. For young Pearl, raised to see herself as beholden to her husband (vile though he might be), the idea that she could be worthwhile in herself was a revelation. But even more revelatory were the Wild West shows that came through Chicago. Pearl was enthralled by Annie Oakley in particular, the “Little Sure Shot” who could shoot playing cards out of the air and cigarettes out of men’s mouths – feats no man alive could equal. Emboldened by this, she finally gathered the courage to leave Hart, moving first to Colorado, but then, after she discovered she was pregnant with her first child, back to her parents in Toronto.

Toronto, however, was no longer enough for Pearl, and she seemed ill-suited to motherhood. Abandoning her son with her mother, she set out into the Wild West, fetching up in Phoenix, Arizona. Here she was when Hart caught up with her, working as a cook – not quite the glamour she had expected. Hart was woefully repentant, and Pearl allowed herself to be convinced that he really had changed. The two reconciled, and had a second child, this time a daughter. However the same problems as before soon resurfaced and the pair split up for the final time. Legend has it that Hart knocked Pearl unconscious and fled, joining the volunteer cavalry regiment Teddy Roosevelt was raising to join the Spanish-American War in Cuba. [2] Pearl retreated back to Toronto, but once again she found her old home town too sedate, and before long she was back in Arizona, with her daughter, like her son, left in her parents’ care. 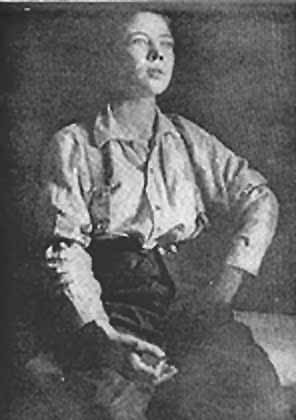 Pearl drifted around the mining camps of Arizona, finding work on the edges of society. The wild frontier had been heavily civilised over the last decade, and only these outposts of lawlessness remained. She worked as a cook (and may have supplemented her meagre income through occasional prostitution), drinking, possibly using opium, and definitely not finding the romance and excitement she had hoped for. In fact, several times she is said to have attempted suicide, only to be rescued by the rough fraternity of the camps. Among these miners she found a kindred spirit, a German farmer named Joe Boot who had, like her, been drawn west by tales of adventure. The two moved to Globe, a town grown on the site of a mining camp where a lucky miner had once found a perfectly spherical silver nugget. [3] They began working a claim of their own, though with little success. In 1899 Pearl received news from home, and it was not good. Her mother, the woman she had always returned to when life got too difficult, was dying; and the family could not afford the doctor’s bills. Pearl would later write:

That letter drove me crazy. I had no money. I could get no money. From what I know now, I believe I became temporarily insane.

Insane, perhaps, but if so, insane with a purpose. Pearl (and her friend Joe) set out to get the money she needed. The first scheme they tried was a con called the badger game. Pearl would pick up one of the miners and bring him back to her room, and then either Joe would burst in and demand compensation for “the violation of his wife”, or else they would simply rob the unfortunate victim. Pickings were slim however, and the two decided they had to set their sights higher. Joe had always dreamed of robbing a train, but the two eventually plumped for the stagecoach that ran from Globe to Florence, the capital of Pinal County. Pearl dressed in man’s clothing, and the two armed themselves with revolvers and lay in wait. When the coach came by they stopped it and relieved the passengers of their money – around four hundred dollars, plus a fancy watch. They also took the guard’s revolver and rode off, but before they got far Pearl returned and gave each of their victims a dollar back – enough that they wouldn’t have to go hungry when they got to town.

The great robbery had gone off without any bloodshed, but the escape fell somewhat short. The sheriff had no trouble tracking the two inexperienced travellers, and they were captured as they slept four days later. Joe surrendered without a fight, but Pearl fought “like a wildcat”. The two were carted off to jail, and Pearl soon realised that her status as a woman bandit gave her a certain degree of celebrity. Channelling the women she had seen in Chicago, she began to loudly espouse suffragette philosophy, declaring that she “would never consent to be tried under a law she or her sex had no voice in making, or to which a woman had no power under the law to give her consent.” The newspapers loved her, and she became headline news. Such was her celebrity that the Pinal County sheriff packed her off to Tucson to get rid of the reporters. In Tucson Jail, one of the trusties became enamoured of her and cut through the wall of her cell so she could escape, though her new-found celebrity betrayed her and she was recognised and recaptured in New Mexico. Finally she and Joe were put on trial, and Pearl’s tale of a sick mother and general demeanour charmed the (all male) jury. To the judge’s fury, she and Joe were acquitted. He immediately had them rearrested for stealing the mail guard’s revolver and put back on trial. This time the jury were less easily charmed, and Pearl was sentenced to five years in jail. Joe got thirty years. [4]

In jail, Pearl remained a source of intense public interest. Unlike the Pinal County sheriff, the warden of Yuma Territorial Prison enjoyed the fame that such a notorious prisoner brought. Pearl was the only woman in the jail, and received her own large cell and expanse of exercise yard. Reporters and well wishers often came to visit. After eighteen months, Pearl was given a pardon and released from jail. Some say that she had got religion, and disrupted the other prisoners’ lives to such an extent that they threatened to riot if she was not removed. Other stories have it that she simply became too popular, and the number of visitors began to disrupt the prison. The most scurrilous story was that she had become pregnant, and the warden was afraid of the enormous scandal this would bring on the prison. If this latter was how it actually happened, then it was probably a cunning ploy – certainly Pearl was not actually pregnant when she left jail.

Pearl’s eventual fate is uncertain. Some people say she began running a gang of pickpockets in Kansas City, working a cigar store as a front for fencing until she was arrested for receiving stolen goods. Another story has it that she returned to Globe, married a cowboy named Calvin Bywater, and lived to be an old woman who smoked cigars. A third has her living in San Francisco as an old lady in the 1950s. But my favourite story starts where we last know Pearl to definitely be. Her sister had written a play, called The Arizona Bandit, about Pearl’s adventures, and Pearl starred in the play as herself. It was not a huge success. But, so the stories go, it was enough to catch the eye of a passing agent. And so Pearl found herself touring New York and across the northern states with a Wild West show, possibly even the same one that had first enthralled her on stage in Chicago. Pearl had gone from marvelling at legends to becoming a legend. Her star might not shine as bright as some, but she would inspire her share of films, novels and even a modern metal ballad. So it seems nicely neat to think of her at last, out on the stage, coming full circle and inspiring a new generation of women not to be content with the hand that life dealt them but instead to go out and make of their life what they wanted it to be. After all, if Pearl could become a legend – the last of the lady outlaws – then anything might, after all, be possible.

[1] Not to be confused with the crusading Chicago civil rights lawyer, who will definitely be on the list if I switch to Awesome People From History.

[2] The Rough Riders, as they became known, actually took their name from the same Wild West show that Annie Oakley had participated in.

[3] The town had links with one of the legends of the Old West – Phineas Clanton, one of the survivors of the Gunfight at the OK Corral, was living in the town at the time.

[4] Don’t feel too bad for Joe – he escaped after two years, and managed to make it over the border to Mexico. He was never recaptured.