Subscribe to our newsletter
Words to That EffectLiterature Features

Introducing Words To That Effect with Conor Reid

This week literary and culture themed podcast Words To That Effect joins the HeadStuff Podcast Network.

Episode 12 delves into the history of zombies in myth, literature and science, and like other episodes offers up a listening experience more informed than a magazine feature but less drowned in theory than an academic article. If you’re a fan of the kind of cultural analysis that lives on TVTropes.org or the nifty facts that turn up on QI, but still long for a more narrative, ordered insight into cool and weird stuff, this will certainly appeal.

Podcaster Conor Reid has always been a devoted reader; “my mum loves to read,” he recalls, “and was always bringing my sister and me to the library, so she was a big influence in this regard. As a teenager I read a lot of thrillers, detective stories, adventure novels – authors like John Grisham and Wilbur Smith and that sort of thing.” Science fiction was less of an interest then, although it’s now a specialism. The fondness for genre fiction didn’t conflict with loving the more ‘literary’ focus of the Leaving Cert English syllabus, though, and he went on to study English, Italian and “in a moment of madness in first year, Economics” at UCD.

Although his undergraduate degree provided “a great grounding in the classics, as any good degree should”, going on to study the M.Phil. in Popular Literature at Trinity made him realise “how large chunks of literature were fairly systematically ignored across academia”. Describing the course as “a huge influence” on his career, Reid quickly found himself fascinated by the literary and cultural questions that arose: “how do we define the “popular” and the “literary” and who gets to decide what others read? How does what we read shape how we think and act? How do politics, culture, science and art intersect and inspire and distort each other?” 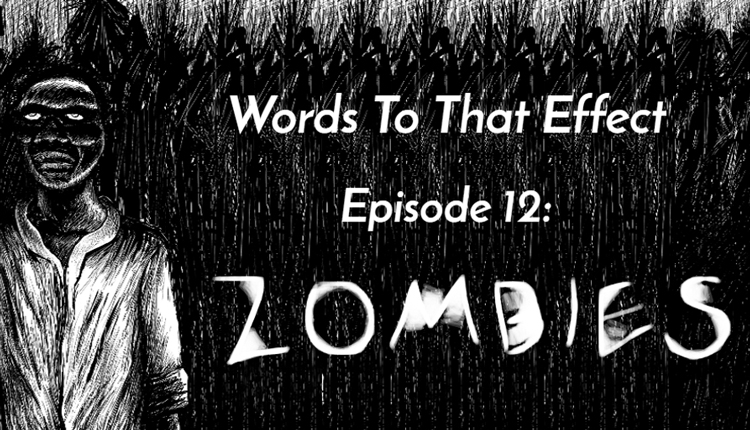 “Ultimately,” he says, “I feel it makes very little sense talking about literature if you are ignoring from the outset the vast majority of what people read every day. That’s not to say there’s no critical judgement and everything published should be studied, simply that critics need to be open to the idea that literary sales and literary merit are not mutually exclusive.” Academia is slowly coming around to the idea, with Trinity having a particularly strong international reputation for the critical study of popular literature; Reid stayed on to pursue a doctorate.

“I loved doing my PhD,” he declares. “I had a great supervisor and a community of fellow researchers in Trinity who made the experience both stimulating and social. Plus, I got to research vampires and dinosaurs, pulp fiction and Victorian science – what’s not to love!” That being said, he’s aware of how difficult it can be to find employment, acknowledging that anyone aiming for an academic job should “be thinking about journal publications, postdocs and grant applications from very, very early on, which is obviously on top of actually doing the PhD and any teaching or other work you’re doing” and be conscious that “the most usual route into a permanent academic job is after several years of part-time, badly-paid, casual and contract-less work.”

Despite this glum prognosis, Reid would always remind anyone aiming for a PhD that there are broader opportunities available. “You’ll have gained skills in research, project management, communications, networking, and so on. The only problem is that it can sometimes difficult explaining that to a potential employer!”

Those skills are evident in the podcast, which he began thinking about after getting “completely addicted” to podcasts a few years ago. “After a while I realised I had all this great content – my research in popular literature and culture is inherently quite accessible to a non-specialist audience – so I figured all I needed to do was learn the technical side of things (which took a bit of time!). Once I started making the podcast it took over my life. I love every aspect of doing it and I now spend a ludicrous amount of time making the episodes which (at least only for now hopefully) don’t actually earn me any money.”

Among the training that’s fed into the podcast is a background in teaching – not just giving literature lectures in Trinity, but teaching English as a foreign language. “If you want to teach English, through English, to a group of people who may have almost zero English themselves, you need to be a good communicator! So I think that has really helped – the ability to take complex ideas and explain them clearly (whether that’s the use of the present perfect or why Victorian spiritualism is important) is a good skill to have for podcasting.”

Lecturing experience has been less important in helping him shape the podcast, given that it’s specifically not designed for an academic audience. “It has to be accessible to anyone who simply has an interest in literature, culture, science and so on but I don’t assume much background knowledge beyond that . . . it’s much more about telling a good story, drawing the listener in, creating a mood with the music. A lecture should also be engaging, of course, but it’s a different type of engagement.” Nevertheless, several academics – both in and out of Trinity – make appearances on the show to discuss their areas of expertise. The thought-provoking discussions are interspersed with brief musical interludes from Irish bands Reid admires, believing the tunes “essential in breaking up the back and forth voices, creating an atmosphere, and just enhancing the story all round.”

So how has the podcast developed since its launch this summer? “I am learning as I go,” Reid reflects, conscious of the amount of work involved not just to research, write, record and produce a quality podcast but also to ensure enough time is spent marketing and promoting it. With the show joining the HeadStuff Podcast Network, he hopes that his own audience will be boosted but also “in turn, hopefully I can bring some of my audience to the HeadStuff site and the other HPN podcasts. . . I really admire what they are doing in terms of supporting and providing a platform for creative work and I’m so happy to be a part of that.”

Claire Hennessy is a writer, editor and creative writing facilitator based in Dublin. She can be found online at www.clairehennessy.com or on twitter @chennessybooks

You Are Now Dead On Channel 4, Please Do Not Scare

Godless Review | A Modern Twist On A Tried-And-Tested Genre

Words To That Effect #47 | Alternate History

Words To That Effect #45 | Mashups, Remixes and Frankenfiction

Words To That Effect | Season 3 Preview