Jill Quigley grew up in Inishowen in Donegal, on a dairy farm, and most of her work is made in and around this environment. After studying art history and ancient history in college, she subsequently spent “quite a few years doing nothing very interesting” at all until she found photography and went to do a Masters in the subject at the University of Ulster in 2012. Here she talks to me about her project ‘Cottages of Quigley’s Point‘. 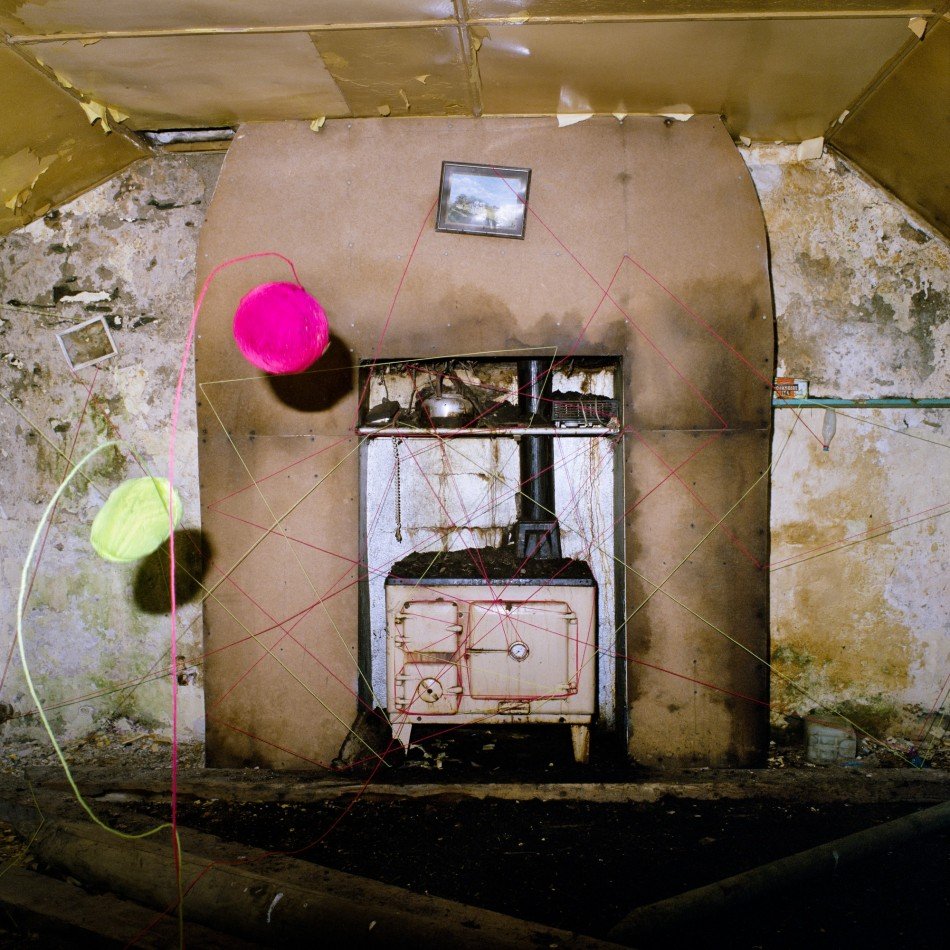 Tell us about the project Cottages of Quigley’s Point- how did it come about and what’s the concept behind it.

This type of cottage is often associated with romantic depictions of the Irish countryside and with the idea of a disappearing way of life, and I was keen to disrupt that imagery and avoid overt nostalgia. So instead of viewing the empty houses as artefacts, I made use of their redundant nature to interact with them and record them at the time of the encounter. Ruins like this are inherently evocative of something that has passed. I wanted to turn this tendency on it’s head by upsetting their stillness and anchoring them to the present. 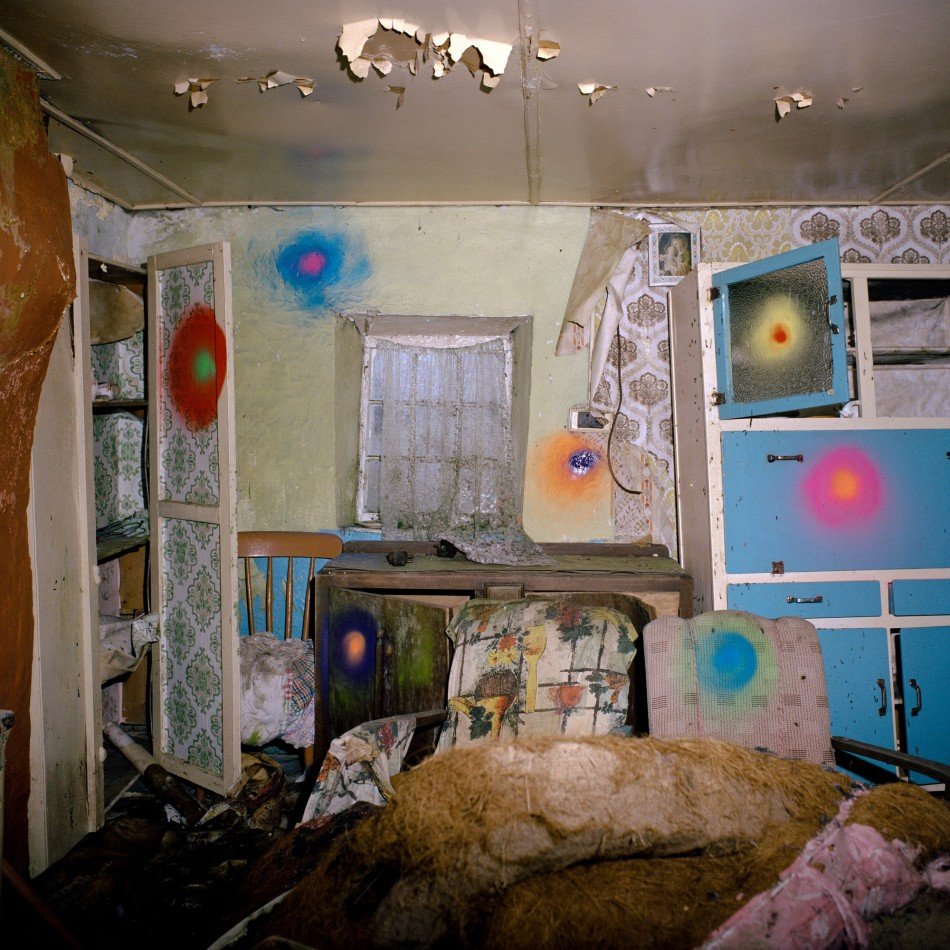 The name Quigley’s Point is the same as your own last name, is there a history here? Is there a link?

Quigley’s Point is the name of the township where I grew up, but I don’t know of any connection between the place name and my surname. It’s a handy coincidence as hopefully it causes viewers to wonder if the local aspect of the project is fictional or not. The photographs are indeed taken around the area of Quigley’s Point and I sometimes include a map when exhibiting the pictures. I think of the work as a sort of tongue in cheek local history project, and the twee name is to reflect this. The photographs are named after the last people to live in the cottages, to reference the fact that a sort of romantic attachment to the past is part of our experience of the local countryside. Nostalgia is ingrained in this type of subject matter, so the aim of the process was to reinterpret rather than oppose it entirely. 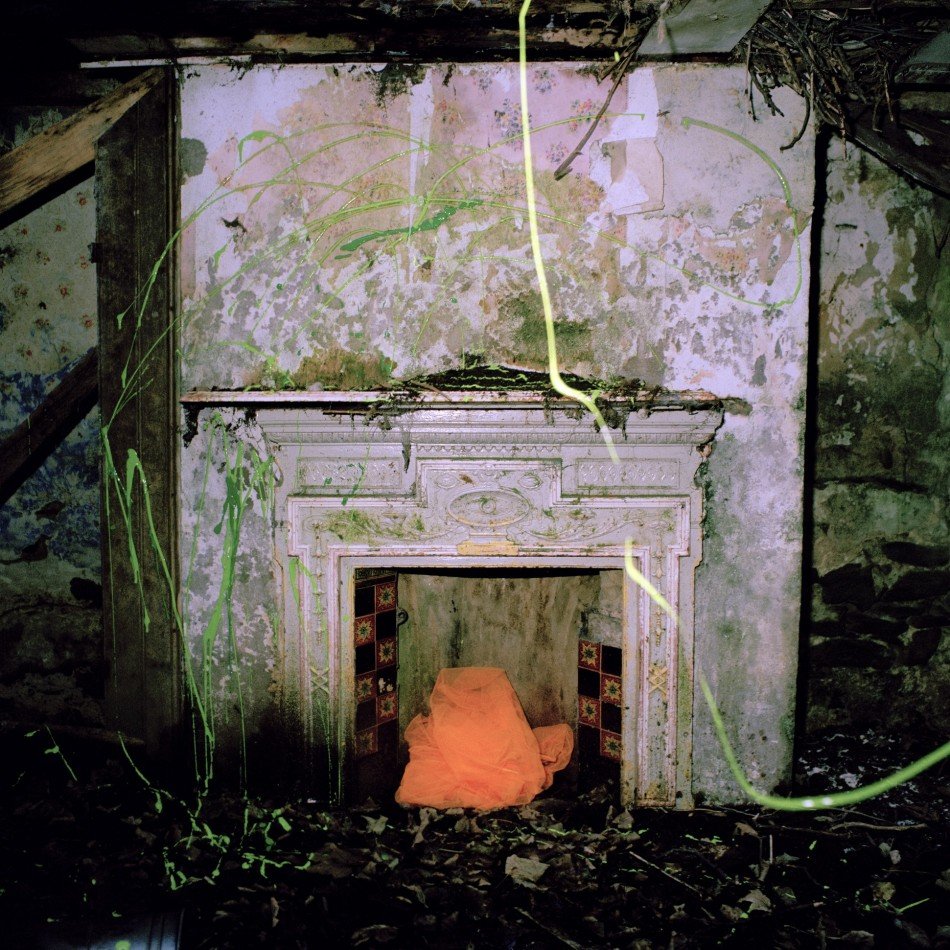 How did you feel being inside the cottages?

I felt strange, curious, a little jumpy until all the birds and small mammals that I disturbed had fled. Some of the houses had more traces of occupation than others, but I wasn’t too keen on looking through any stuff. Part of the reasoning behind this project is that these places don’t really belong to anyone anymore, so I felt free to take them over for my own purposes for a brief time, and to consider them in a different light. 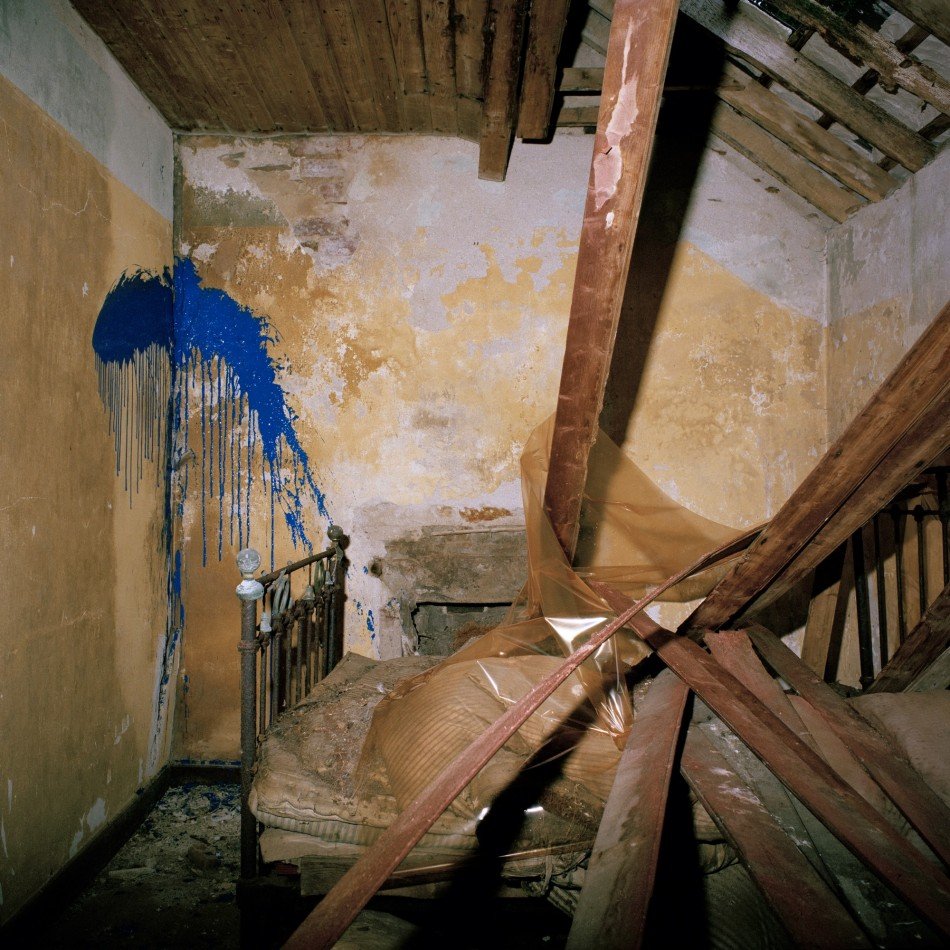 What would you say to the idea that you’re vandalising the properties?

The desire to preserve the cottages as artefacts is understandable, but I think stems from a romanticism that doesn’t reflect their reality. These cottages may be valued for the associations they have with local people’s pasts and for the memories they provoke, but there is no attempt to keep them standing for sentimental reasons outside of folk parks and tourist attractions. Unless they are being used for practical reasons, such as storage for farms, they are generally left to fall down. So, even though they have a nostalgic quality, I don’t think that nostalgia should give in to a romantic reverence. 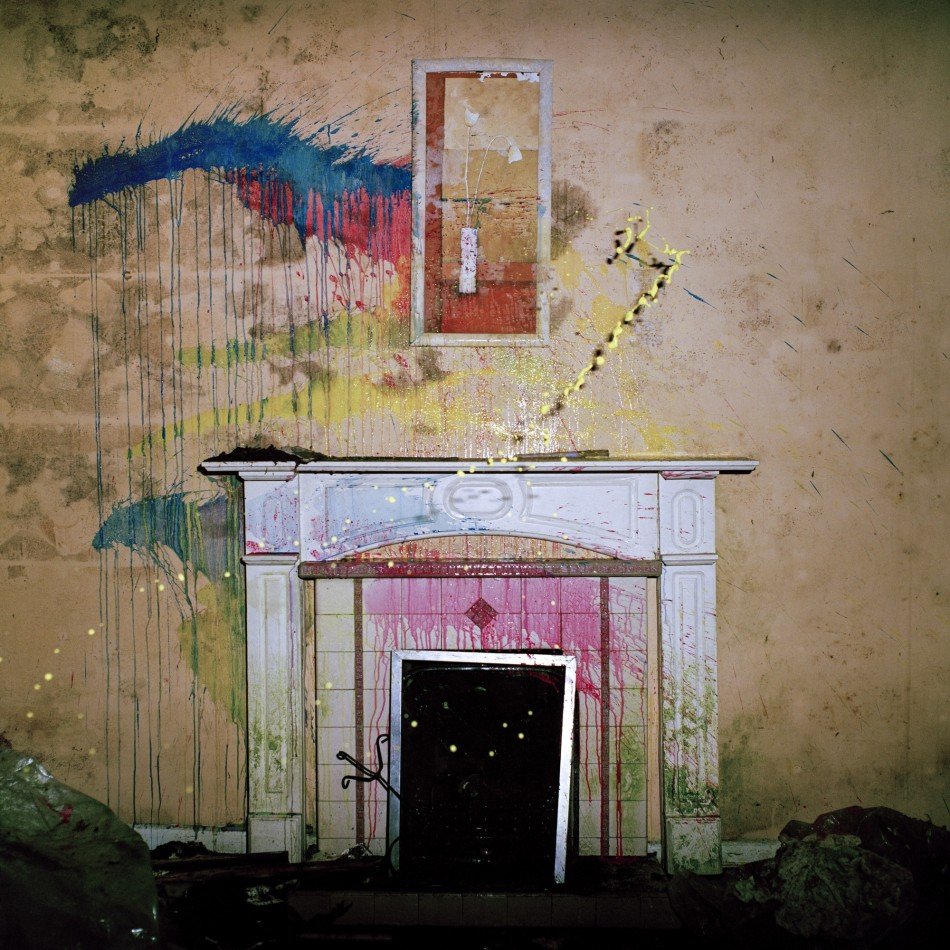 Did you trespass or get permission inside the properties?

It was a bit of both. If I knew who owned the place then I would ask permission and if not then I would climb in through missing windows or doors. Anybody that I asked permission of was very helpful and seemed to be pleased that I was making use of the buildings, even if they thought all the spray painting and throwing glitter about was daft. 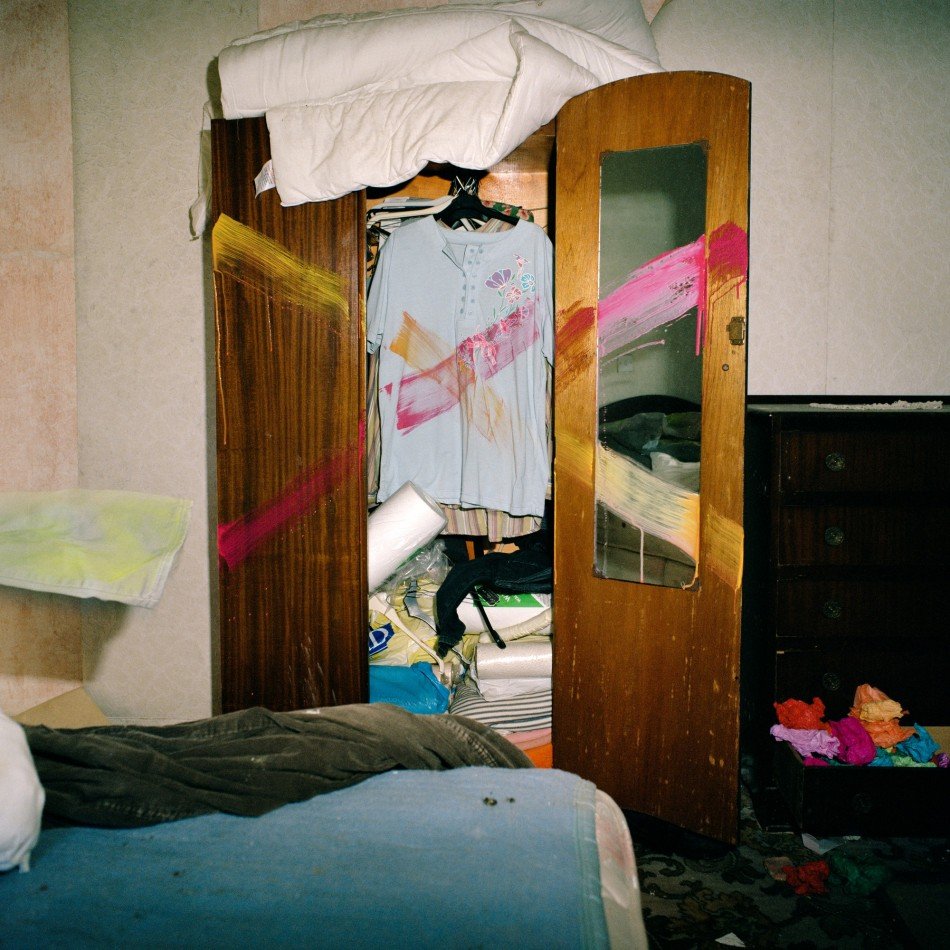 The use of colour and shape is quite playful in your work, what was the idea behind this?

The use of bright colours and simple shapes is intended to contrast with the fading hues and decomposing surfaces in the interiors of the houses. The tacky shiny materials are intended to be deliberately frivolous and to react with the flash, to give the subject matter a feeling of immediacy, a split second of activity. Also, I find bright colours and simple shapes very appealing and enjoy working with them. 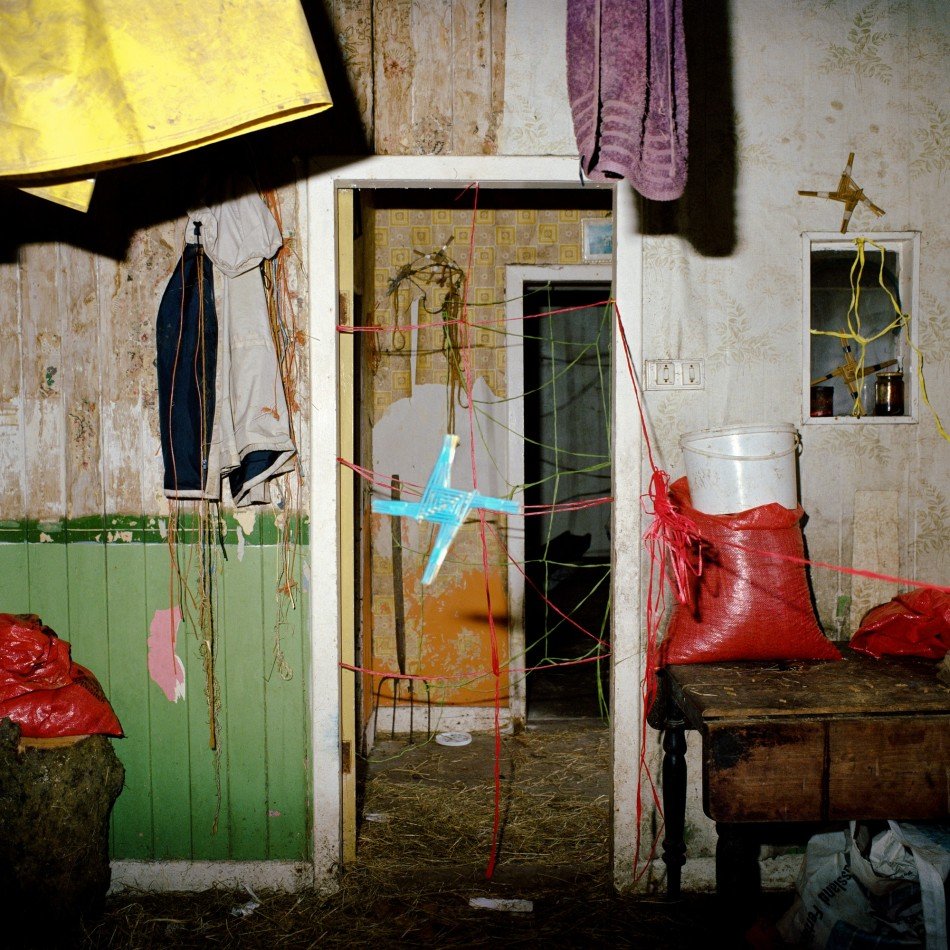 You seem to interact with a space before you photograph it in a lot of your work, why is this important in your work?

I enjoy the idea of inhabiting a place and making it my own fantastical space for a short time. It is a method of imposing my will on the subject matter that will only remain in the form of an image. It’s interesting to experience the space by planning visual interactions rather than using it for it’s intended purpose or just being present in it. 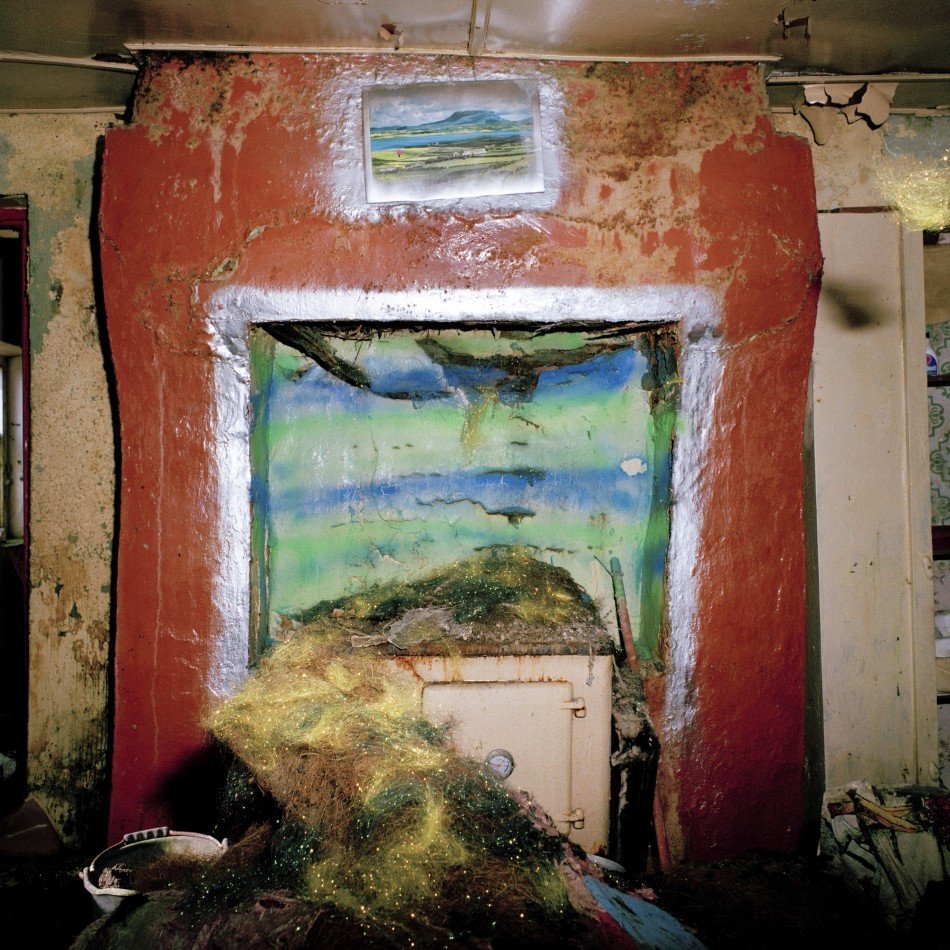 What are you working on next?

I’m working on a similar project, which augments uninteresting farm buildings with the materials of hi-vis technology, which are irresistibly bright and shiny. It will be an extension of a project called Rural Fluorescent which I did last year for the Futures program at Belfast Exposed photography gallery. This time it is a combination of documentary and staged images, to investigate how these intensely visual materials are used for purely practical reasons in the rural landscape, such as workers wearing hi-vis jackets to be visible, and used for purely aesthetic reasons, by me, to create interventions in practical buildings. 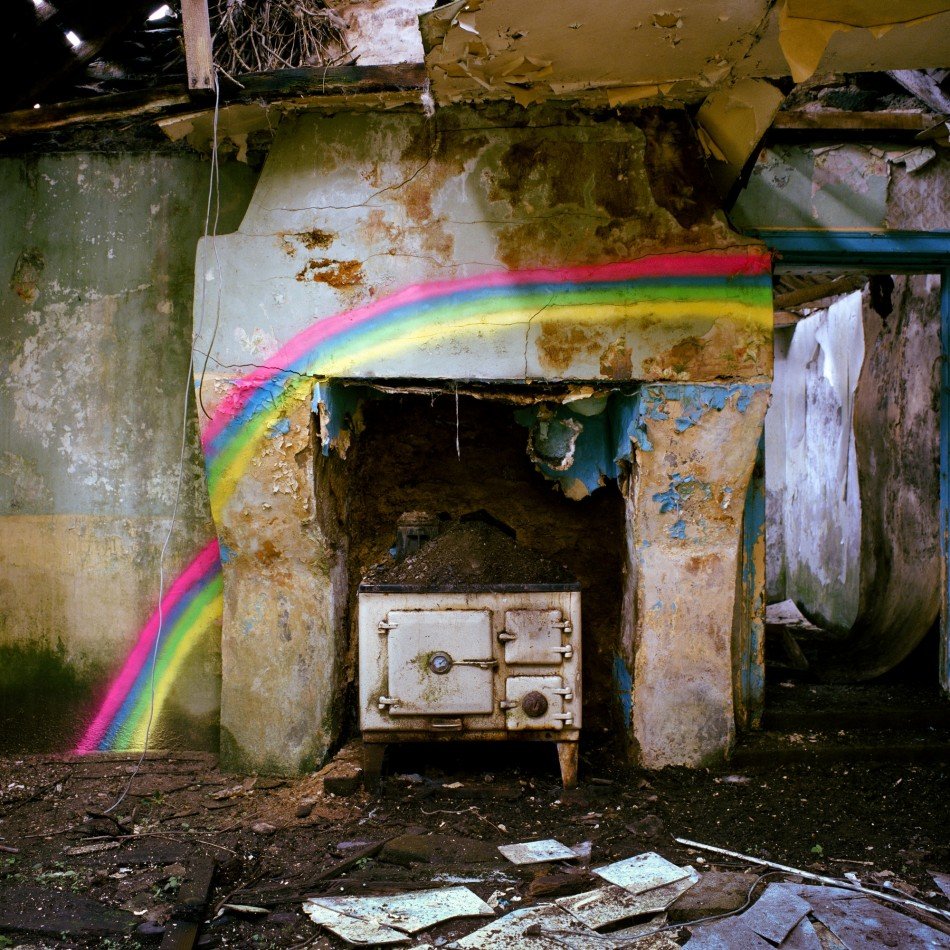 Film Review | Talent is Not Important in Xavier Giannoli’s Marguerite

17 Facts About St. Patrick I Just Made Up