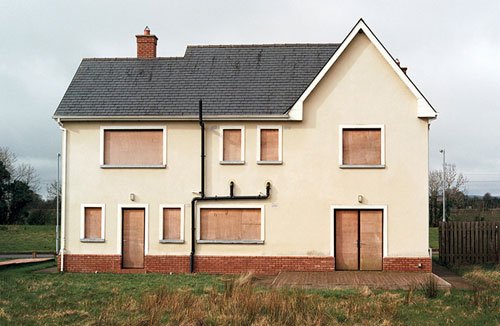 Between 2013-2014, six years after the first murmurs of a recession, I spent a year photographing the Irish landscape and the effect that the housing crisis has had on this landscape. In order to fully understand what I was seeing, I went through news reports on the Irish economy from 2000-2010.

In the following text, I have singled out specific sentences from different points of view, assurances, promises and warnings about the economy. The text – in chronological order – shows the discussions surrounding the Irish economy from the peak of the Celtic Tiger through to the subsequent housing crisis and economic crash.

With no differentiation between speakers, it can be confusing to read, reflecting the confusion and frustration felt at the time. However, it is pretty easy to see what was said by whom.

The 6.3% growth in employment evidenced in these official figures is by any international standard, a truly enormous figure. It means that on average 400 net new jobs for every working day were created and filled in our economy throughout the past year.

I think there’s a case for caution. The Irish economy is clearly close to capacity, and inflation is very high. Adding to demand at the minute would add to inflation, so it would be a case for being cautious on tax cuts, postponing tax cuts until inflation comes down, until growth is slowed down. And all I’ve been doing in recent times is allowing people to hold on to more of the money. I think it’s a philosophy much to be admired, not to be deprived by some of these left wing people.

The public opinion is virtually evenly divided on whether to build a national stadium or spend the money on other sports facilities throughout the state. And this is a magnificent facility, this is going to be the biggest most significant development, maybe the largest development in the history of the state. 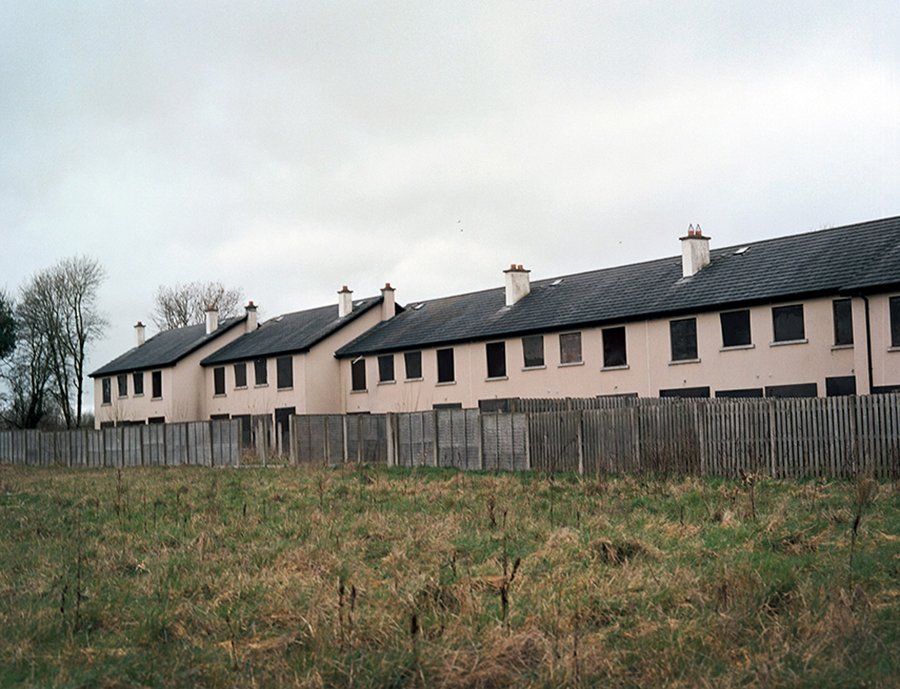 Most people are doing very well in the economy but ah, anecdotally, without any empirical evidence you could, I think, you eh all agree that people don’t provide as much for the rainy day as they used to in the past.

The only finance minister to give Mr. McCreevey any direction on that subject was Dida Rangers of Belgium who said “either cut spending, or don’t cut taxes”. Advice that’s likely to be ignored. 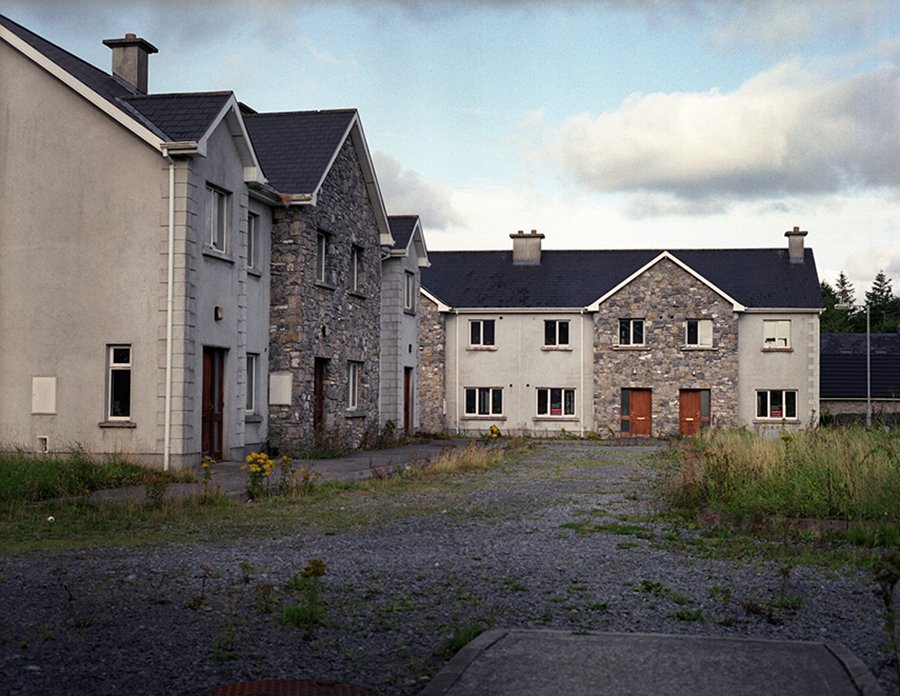 My mind was blown by the level of negligence to be honest with ya. Fianna Fail is a party, marked by history, driven by hope. We passed through difficult times. We came through. And we brought Ireland through as well. Stronger than ever before. And in the process, we have built on of the most open, and one of the most successful economies on Earth.

When it comes to the scandal that was N.I.B. it’s hard to know where to start. But let’s sum it up in a sentence. National Irish Bank stole from its customers and helped cheat the tax payer for the best part of a decade.

2004 could be an all time record year for population growth. At the same time, emigration is at its lowest level since modern record began. And job prospects are still very good. It all points toward a potentially bright future for the babies being born in Ireland today. 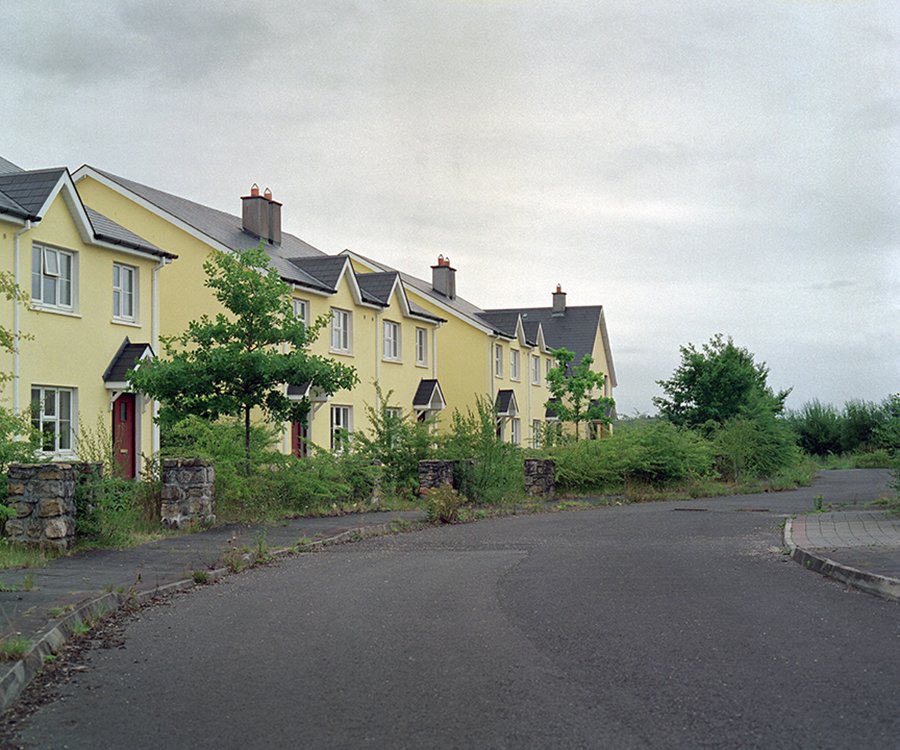 We have strong economic growth, strong employment growth, there’s a high level of in migration, and a consequent strong demand for housing. Any attempt to reduce the supply of housing going forward, would put upward pressure on house prices.

If you had have taken the advice a year ago you would have lost a lot of money. Am, everybody said we were going to see a huge downturn, ah, in 2005 linked in into 2006, they were entirely wrong. Ah, and really, we should have an examination into why so many people got it so wrong. Ah, my view is there’s not, there’s not a great problem. We won our wealth from the rest of the world and brought it back into this country. 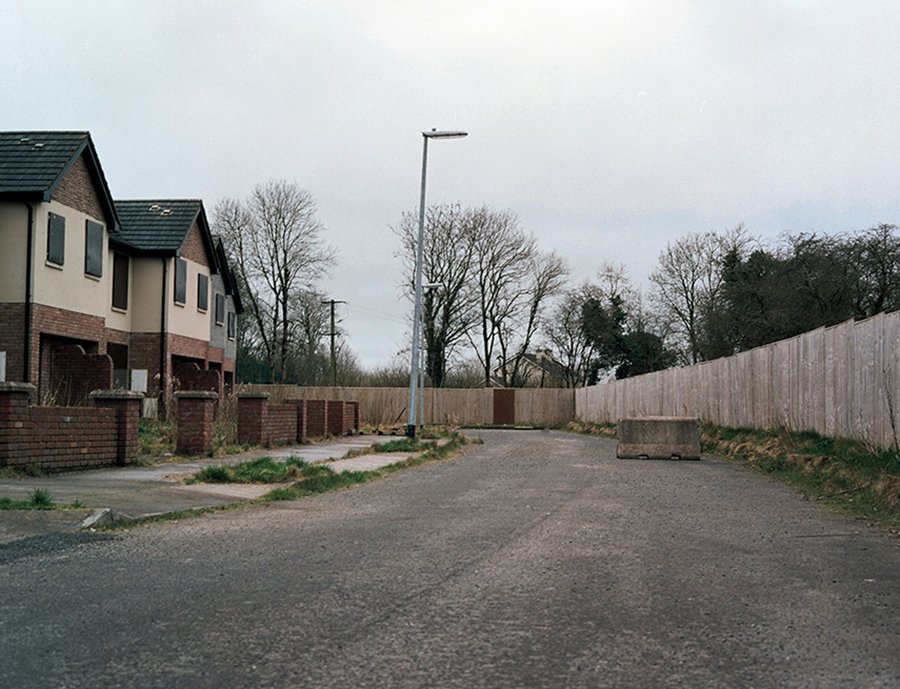 What’s going on now is very very different. The exports have slowed down. It all seems to be based on property and construction. Now that’s low productivity. It’s not sold abroad. It doesn’t make us more competitive, and it wouldn’t be happening if it weren’t for the availability of plenty, easy, and cheap credit. To that extent, the current wealth creation is borrowed wealth creation. We are borrowing the wealth from the future. And that doesn’t sound much like a tiger to me.

They love the beautiful designer clothes, and they love bargains! They come here and they shop till they drop! Bags, handbags, cosmetics, yeah Mac and Benefit, it’s way cheaper here. And Christmas presents! A lot of boots, boots, shoes. Basically everything! It seems to me that we’re probably on the cusp of an economic challenge, the likes of which we haven’t seen here since the eighties, in terms of where the economy’s going, in terms of what people feel in their bones but can’t really articulate.

And what’s happening is that the housing market as you know, and as everyone now knows is faltering, and faltering much quicker than most people thought. 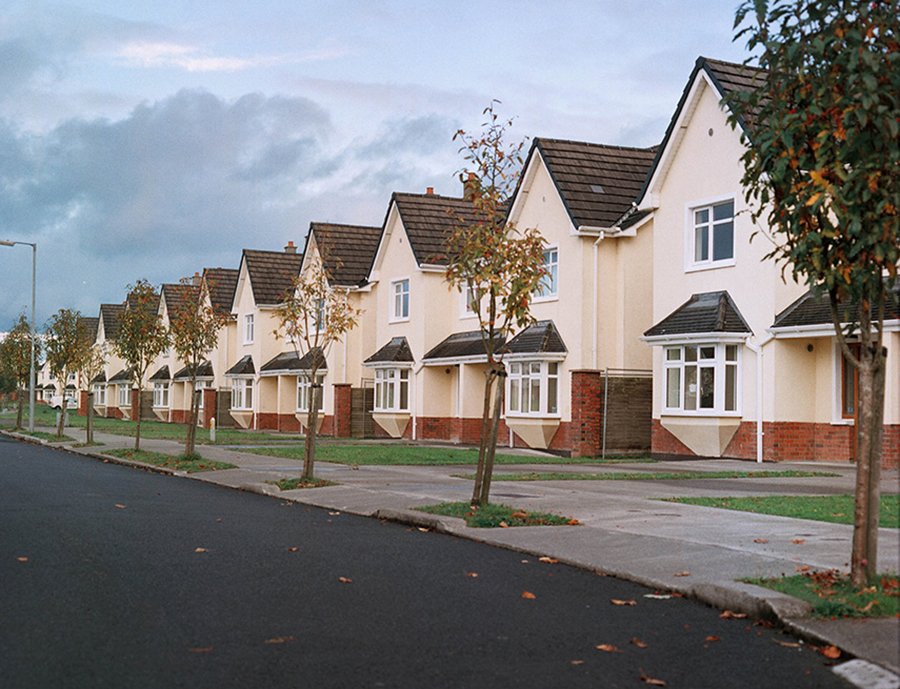 Ongoing contact between the regulator and the central bank, were all leading institutions that we we we don’t see eh the same issues eh in in Ireland. They’re very very strong. They’re well capitalized, they’ve been highly profitable. People are wondering what the future is going to be like. Eh, we believe that we understand our business, we have it well controlled, we take moderate risks, and we invest in the future both in our people and in our technologies, and that we will ride out the ups and downs of the market over time.

Ah, the biggest profits in the history of the bank, 46% eh increase, one and a quarter billion, so we passed through the, the magic mark. It’s not outside the bounds of possibility that we actually talk ourselves into a recession and I think that would be an absolute sacrilege.

On the back of a pro-business government, on the back of a very strong emerge of entrepreneurs, and now they seem to be shackled with more and more regulation, which is slowing things down. 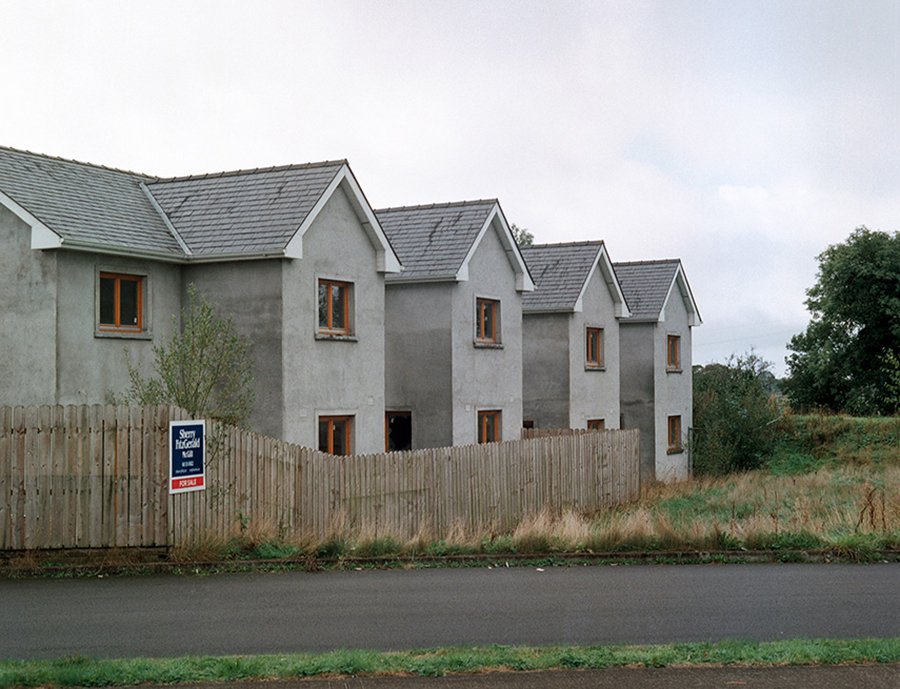 Now, why are we doing that? Are we doing that because we’ve got evidence of abuse? I don’t believe we have. What I did was I looked at all the different economies around that have had property booms, and all of them, without exception, have had very big property busts immediately afterwards. You can predict the size of the bust from the boom, just like a roadrunner film. Roadrunner goes into thin air, he doesn’t have any soft landing, he falls straight down.

Any day that five rural offices are closed down is a sad day for the country, it’s a sad day for Ireland, it’s a sad day for villages. I understand that people are nervous in light of what’s been happening in the United States. But am, the situation in Ireland is different. Irish banks, ah, have access to the European Central Bank for liquidity, and in fact before this turmoil started at all, we were working with the banks to build up their liquida- eh- their liquidity reserves and am you know this is still doing very good stead.

The minister for finance, Brian Lenihen said any bank can collapse here would have had catastrophic economic consequences. What the government are now doing is effectively asking the tax payer of Ireland to underwrite a 400 billion guarantee. So that banks can chase their own losses. We are the easy targets, for the government. 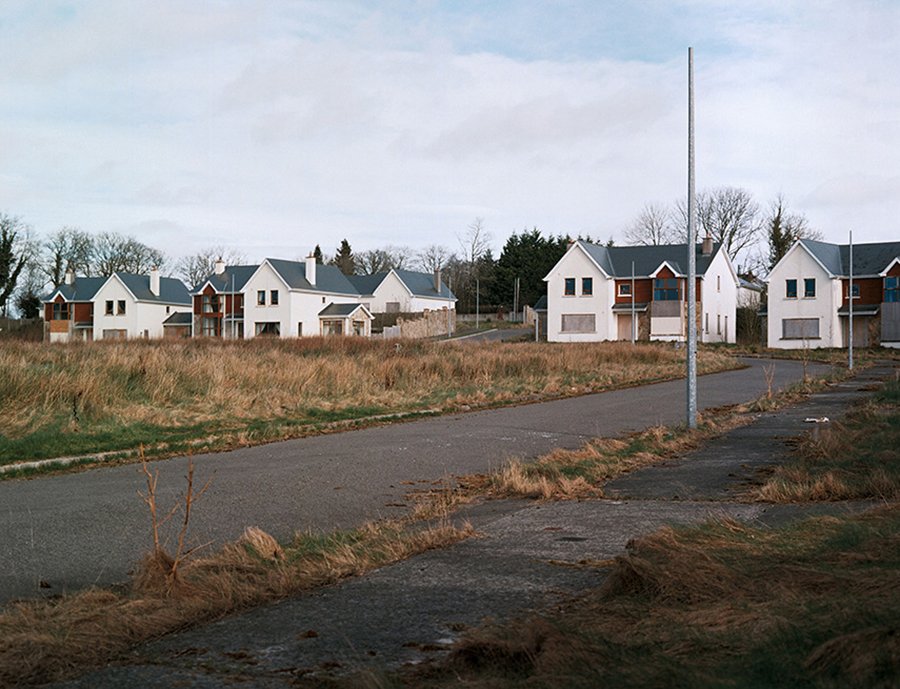 To do what they’re doing, to old age pensioners, people that worked hard all their lives. I don’t want to reach the age of retirement and to look at my children in the face and look at my grandchildren which I hope to have, and when they ask me what did you do when the country was on it’s knees in the greatest economic am eh challenge, eh in the history of the state when you were in a position to do something, did you do anything, but I will be able to look them in the eye and say yes I did.

The funding position of the bank has weakened, and unacceptable practices that took place within it have caused serious reputational damage to the bank, at a time when overall market sentiment towards it was negative. The crisis has gone far beyond at this point. The reputation of this country has been almost irreparably damaged, by what has been done so far. There are an awful lot of families inside there, and they’re going to be devastated for the next 12 months. Devastated. It’s unreal. It’s just, it’s just unreal. 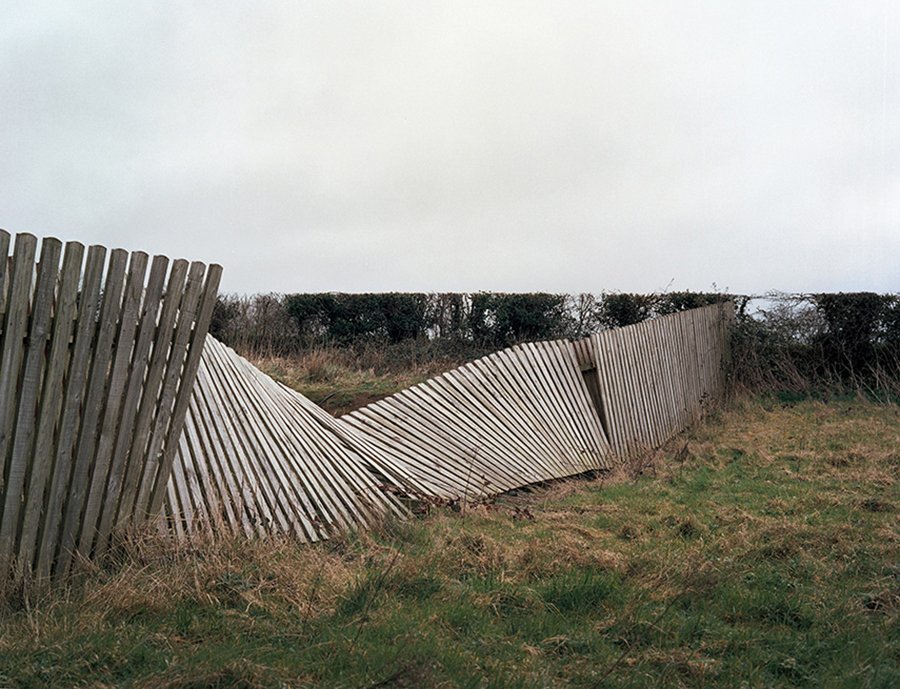 Most of my anger is because I’ve lost my pension. I am angry because the people who really were the watchdogs let us down. For over forty years we’ve built our country. And you guys, along with our incompetent government, have destroyed it.

“If You Don’t Have Doubts, You Should Give up Being an Artist”

Where is My Home? | The Housing Crisis, Homelessness & Co-Living