If it wasn’t for Twitter, Tara Flynn says she would probably be sitting in her flat wondering who else is pro choice. Now, social media has given her a pretty quick way of finding out.

“One of the biggest reasons to stay online, and to keep fighting this fight online, is solidarity,” she says. “Whatever happens, we’re going to be shoulder to shoulder.”

In 2015, Flynn told the story of her abortion. In a piece for The Irish Times she stated that people in Ireland may not talk about abortion, “but I have to.” Since then, countless women have spoken out about their own terminations in a bid to normalise the frequently tabooed subject, and to prove that abortions do happen on Irish soil.

Social media has been an essential tool for the campaign to repeal the 8th amendment in terms of visibility, information sharing, and mobilisation. In 2017, it seems that abortion in Ireland is being talked about more than ever, but there exists the ever present query – predominantly in online circles and the media – concerning who gets to talk about abortion and, most notably, how?

Tone policing, or the focus on an individual’s expression of an argument as opposed to the core argument itself, is a frequent point of contention in Ireland’s abortion discussion. Compaints of excessive emotional language and personal anger trumping rationale have permeated the repeal campaign since it started gaining traction.

The belief that in order to win a fight a group must be as neutral and approachable as possible is a popular one. It also a belief that is not just restricted to websites like Twitter. 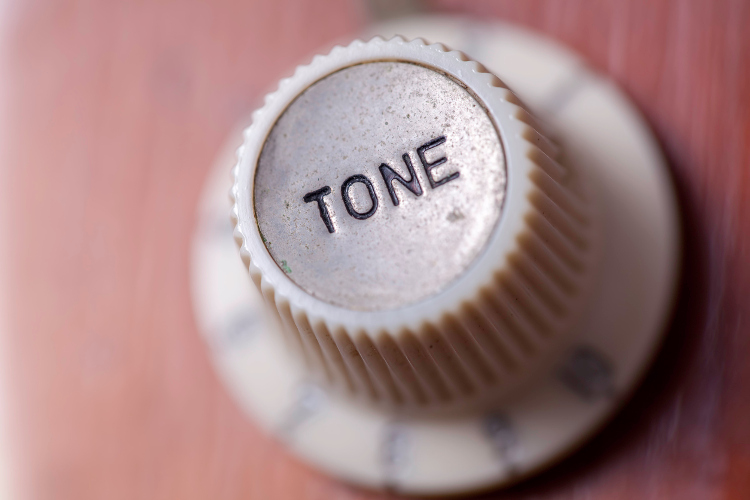 Tara says that tone policing is a huge problem for the repeal campaign, particularly in relation to Irish media. The “bounds of politeness” she argues, can only be stretched so far when misinformation is being so readily spread, and members of the movement are being lied about and stigmatised.

“(The media) start writing things like ‘I think the repeal campaign should mind its manners,’ when we’ve been minding it against all odds and all kinds of attacks,” she says. “Sometimes we get angry, and guess what – we’re allowed to get angry.”

Writer and activist Bailey Poland says that tone policing is usually used to silence those who are lower on the “privilege ladder.” In Harassment, Abuse, and Violence Online, she writes that “While anyone can engage in tone policing, it is frequently aimed at women as a way to prevent a woman from making a point in the discussion.” While Poland points to the perpetrators as being predominantly male, for Ireland’s abortion discussion tone policing is not so restricted by gender.

While manning a pro choice stand at her college, activist Aoife was approached by a woman who told her that referring to the 8th amendment as a “women’s issue” alienated people who identify themselves as both feminist and pro life. Although O’Donoghue recognised that the law also affects trans men in Ireland, she was frustrated to be told that her campaigning also had to appeal to those who may not openly call themselves ‘pro choice.’

She says that she understands the rationale behind tone policing, but still finds it frustrating. “Some (people are) supportive of the cause, but worried that if you don’t tap into middle ireland you’re going to lose.”

“Referendums in Ireland tend to be very close in the polls, with barely a margin of difference on either side (…) I think that genuinely some people do care (…) but are frightened of alienating potential supporters by being too ‘extreme.’”

Aoife points to America’s gay liberation movement in the 1970s where the voices of sex workers and transgender people were often silenced in favour of “family friends LGBT folk who were less polarising, less sexualised.” Similarly, during the civil rights movement Rosa Parks was chosen as a representative figure over Claudette Colvin, an activist who was often described as “feisty” and “emotional.” Colvin refused to give up her seat on a bus nine months before Parks did.

“It’s a tactic to win more support by trying to be as neutral and as approachable as possible,” says Aoife.

Blogger Abbi also equates tone policing with the idea that somebody’s words are too “emotive.” She believes that criticising the tone of an argument when discussing abortion is a distraction from the fact that the person doesn’t agree with the argument at all.

“Emotive is the word that’s most bandied about (…) That we can’t be too emotional and we can’t be too cold,” she says. “That to get change in the legislature we have to appeal to this elusive moderate middle. I don’t think that exists. I think this is a fallacy.”

Abbi compares this issue to the experiences of those who campaigned for marriage equality in Ireland in 2015. She says that the idea that people were choosing not to vote in the referendum because of the “pushy” nature of the campaign was “utter trash.”

“While some people do mean it,” she says, “I think that more often than not, it’s someone hiding their true feelings behind (a) smokescreen argument.” 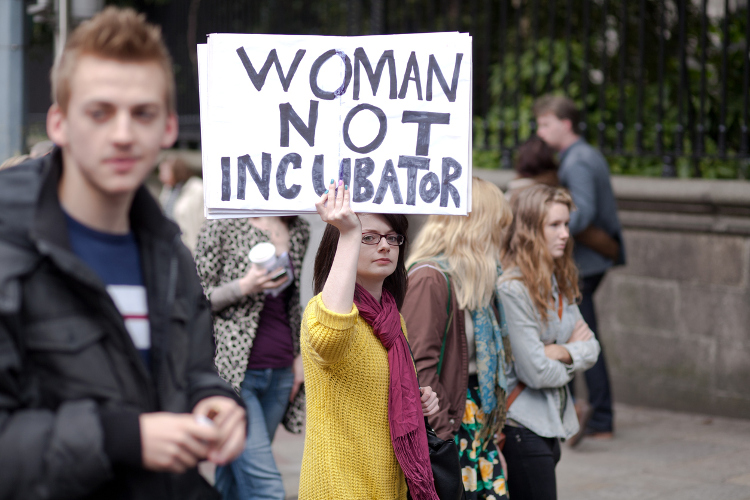 Often these feelings aren’t just masked by a smokescreen, but by a computer screen too. When Aoife’s manner of speaking about the 8th amendment was questioned as she manned a campaign stall in her college, the interaction remained respectful and neutral. She believes that arguments around tone and abortion tend to get heated when they are played out on websites like Twitter.

“I’ve seen people, staunch supporters on either side, debate peacefully in person, but I suppose the anonymity of the internet kind of takes this away,” she says. “There’s definitely a mob mentality there.”

The Abortion Rights Campaign (ARC) are all too familiar with the presence of tone policing online. However, rather than existing entirely on sites like Facebook and Twitter, the group believe that most tone policing originates from the mainstream press.

Opinion pieces and columns calling pro choice activism “shrill” and “extreme” are published, says Linda Kavangh, without any specific evidence to back up these claims.

“It appears that most of the authors of these opinion pieces believe the accusation to be so self-evident that further corroboration is not required,” she says. “News articles also commonly refer to the source of the offending, but unspecified, statements as being ‘the repeal movement’ but are rarely more specific than that.”

Linda believes that this lack of specificity has led to the assumption that ‘the repeal movement’ includes a myriad of campaign groups, charities, and individual activists who all harbour the same beliefs and have the exact same aims. She says that this is not the case.

“It’s not very useful to the general public for journalists to refer to the repeal movement as though it’s one monolithic entity with defined rules of engagement.”

“It could be the case that some commentators are reacting to things people say on Twitter (…) but people on Twitter are usually commenting in their capacity as private citizens. We can’t be held responsible for the opinions of random people,” she says.

Writer Rebecca Vipond Brink argues that tone policing, and in turn complaining about tone policing, is a futile exercise. In The Frisky, she writes that when discussing issues of respect, some of our tools “just aren’t that useful.”

“The problem with telling someone that you have a right to express yourself as angrily as you want to without them raising an objection,” she says, “is that you’re also inherently telling them that they don’t have a right to be angry about the way you’re addressing them.”

Tara hopes that discussion and reflection will lead to more people becoming pro choice. However, she also believes that the majority of those questioning the tone of certain arguments are the least likely to change their point of view.

“They say: ‘I was going to vote for repeal until you annoyed me there, so now I’m not.’ No you weren’t,” she says. “These people are more amenable to things like fatal foetal abnormality (FFA) but when it comes to the kind of abortion I had, an elective abortion because I wasn’t able to cope, they are anti my choice.”

Tara says that although she believes tone policing has become a huge problem on sites like Twitter, social media still allows for a solidarity that did not exist before.

“On those awful days where I’m taking a pummeling or someone’s done a shitty photoshop, the people that stand with us can reach us,” she says. “That means a lot.”

Why Urban Western Cop Land is a Masterpiece | 20 Years On

Nothing Compares 2 My Lovely Irish Bathroom