SeaWorld Scrapping Orca Shows is Great News for Whales Everywhere! Or is it?

SeaWorld San Diego recently announced plans to phase out their theatrical orca whale show some time before 2017. The infamous demonstration which sees captive whales do a variety of tricks and flips under the instruction of a trainer has been entertaining audiences of thousands since the late 1960s. It has also been scrutinised continuously over the past few years for its ill-treatment of orcas.

Earlier this month, CEO Joel Manby issued a statement on behalf of SeaWorld executives declaring that San Diego were scrapping the traditional Shamu shows in favour of a different kind of exhibition, focusing on the company’s ‘conservation efforts’ and emphasising the “natural behaviour of the whales.”

SeaWorld’s latest marketing strategy comes just two years after the release of ‘Blackfish’ – the 2013 documentary that told the story of Tilikum the orca whale, who has been living in captivity in the company’s Florida park since the 90s. Tilikum was originally caught by a much smaller public aquarium called Sealand of the Pacific. The company was based in Canada and, much like SeaWorld, prided itself on its collection of killer whales, which they had procured to train, teach tricks, and present to the public. In 1991, a young orca trainer fell into the whale pool and was repeatedly dragged under water by Tilikum and two other orcas until she drowned. Sealand of the Pacific shut its doors the following year, and sold all of its orcas to SeaWorld.

According to Blackfish, Tilikum has been directly involved in the deaths of two other trainers since his move to SeaWorld. The documentary focuses particularly on trainer Dawn Brancheau, who was attacked by the orca in 2010 when he dragged her from the edge of the show pool, severed her spinal cord, and scalped her before she drowned. Since Brancheau’s death, SeaWorld trainers have not been permitted to enter the orca pools.

The documentary uses the incident to emphasise the copious amounts of stress endured by orcas living in captivity. They are often kept in isolation, denied food for failing to do a trick, or simply attacked by the other whales. Tilikum is particularly recognisable due to his severely collapsed dorsal fin, which is most likely a result of living in small pools for thirty years, and his fin’s exposure to the air. According to the National Marine Fisheries Service, a collapsed dorsal fin is incredibly rare in wild orcas unless as a result of direct injury. There are no known cases of a human ever being killed by a wild orca.

Tilikum is particularly recognisable due to his severely collapsed dorsal fin. According to the National Marine Fisheries Service, a collapsed dorsal fin is incredibly rare in wild orcas unless as a result of direct injury. There are no known cases of a human ever being killed by a wild orca.

Following the release of Blackfish, SeaWorld viciously criticised the film for its misinformation regarding the treatment of its captive orcas and the supposed sensationalism of Dawn Brancheau’s death. They even set up a webpage specifically designed to expose the truth about Blackfish. It’s called ‘Truth About Blackfish,’ and claims that the documentary is mere propaganda aiming to “manipulate(s) viewers emotionally” and create false narratives concerning the danger of their whales.

While SeaWorld’s emotional manipulation accusations are probably fair (I definitely sobbed violently during every single shot of Tilikum’s collapsed fin), this supposed inaccuracy surrounding the potential danger of captive orcas cannot be ignored. Truth About Blackfish’s assertion that the company did not, and never tried to, cover up Brancheau’s death accompanied by the claim that Tilikum is not dangerous completely contradicts any sort of counterargument the company tried to make. Tilikum was directly involved in the deaths of three people. That’s three more lives than have ever been taken by any other wild orca living in the sea.

It may have taken SeaWorld a whole five years since Brancheau’s death to finally pluck up the courage to scrap their orca shows, but at least they’ve done it, right? At least those whales won’t have to perform on demand in front of thousands of people anymore. At least the company, for the first time ever, have finally put the well-being of their employees and orcas before a profit. Except they haven’t – and they’re not hiding it either.

Tilikum was directly involved in the deaths of three people. That’s three more lives than have ever been taken by any other wild orca living in the sea.

It turns out that SeaWorld’s latest attempt to portray themselves as a conservation group interested only in researching and caring for their animals is, unsurprisingly, nothing more than a publicity stunt. After the release of Blackfish, the conglomerate saw massive drops in revenue from each of their parks, led by a 5.2% drop in attendance in 2014 compared to the previous year, and a 50% plunge in company stock. These new ‘natural’ orca shows may appear to serve the best interest of the whales, but not even lurid amounts of re-branding and the millions of dollars spent on counter campaigns can disassociate SeaWorld from what it is – an entertainment corporation. 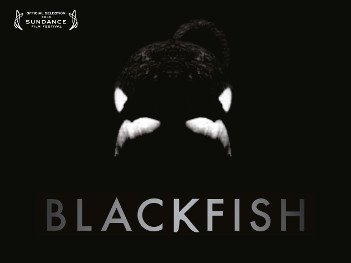 Following the California Coastal Commission’s initial block on the company’s proposed re-imagined orca shows – which would still allow SeaWorld to legally breed whales in captivity – CEO Joel Manby declared that even if they won the case, the company wouldn’t necessarily go ahead with every single one of their proposed changes. According to him, there are cheaper ways to ensure the success of a “marketable attraction that gets a return on investment.”

For SeaWorld, it is simply no longer profitable to market theatrical orca shows. But for many animal rights activists, the supposed natural setting of these new demonstrations isn’t much of an improvement. As it’s unlikely that any whale bred in captivity would ever survive in the wild, SeaWorld seem to think that it is their duty as a ‘conservation group’ to protect their animals.

These new ‘natural’ orca shows may appear to serve the best interest of the whales, but not even lurid amounts of re-branding and the millions of dollars spent on counter campaigns can disassociate SeaWorld from what it is – an entertainment corporation.

In reality, the misery and isolation suffered by the orcas could be all but eradicated by sending them to marine sanctuaries, where they could live out the rest of their lives in as natural a setting as possible – one that didn’t involve paying customers and collapsed fins.

But despite all the Blackfish backlash, the protests, and the consistent losses in revenue, the company won’t be closing their doors any time soon. Plans for more hotels, park expansions, and rebooted shows suggest that SeaWorld don’t have any intention of succumbing to the demands of their harshest critics. Unlike Sealand of the Pacific, they are refusing to be ruined by a few troublesome employee deaths.

Extremism, Art, and Effectiveness | Considering the Impact of Activism