Why Do We Get The Munchies?

Q & A with Edgar Soria, The Scientist Who Discovered How ‘The Munchies’ Works In Your Brain. 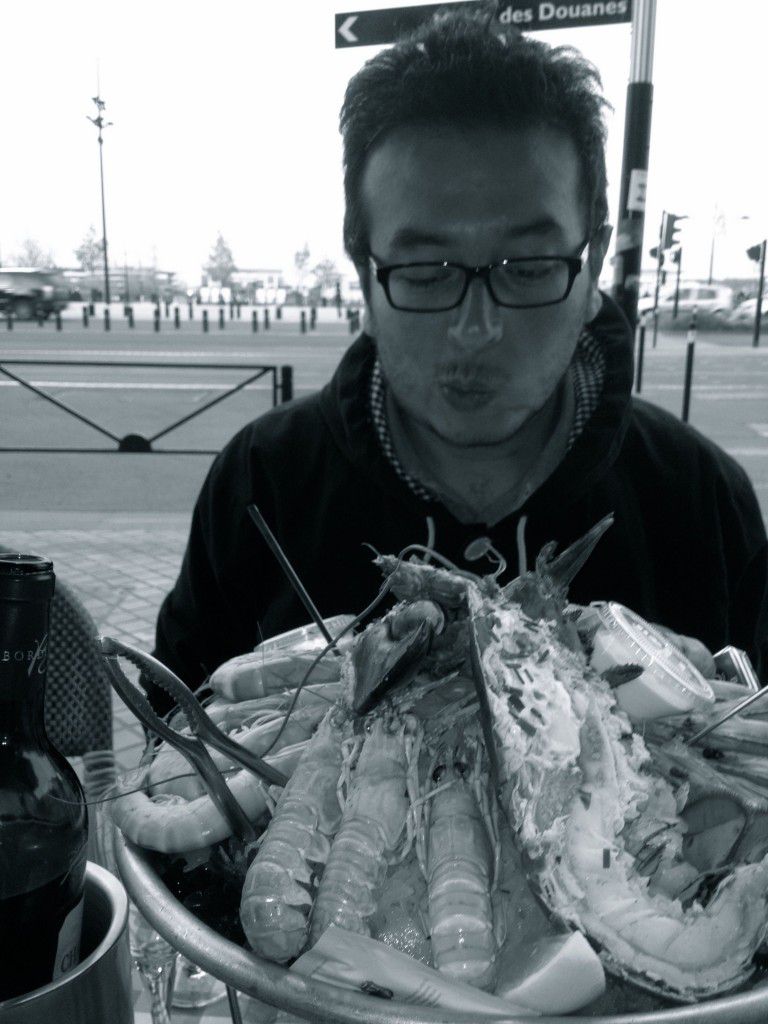 Edgar Soria, a post-doctoral researcher in Marsicano’s lab and leading author on this paper, has agreed to give his account of this exciting new research to HeadStuff.

Why do we get The Munchies?

Ciaran – Tell us a bit about yourself Edgar, where are you from? What made you get involved in research?

Edgar – I’m Mexican, living in Bordeaux since 2009. I started my career with a bachelor’s degree in Psychology. During this time I was very interested in the work of Sigmund Freud, we studied a lot of psychoanalysis, which lead to me develop an interest into how dreams were formed in the brain. I believed that the best way to find out was to study the brain. It was only when I went to a scientific conference in Mexico and I saw a talk by Oscar Prospéro, that I decided I wanted to pursue a career in neurobiology. Oscar Prospéro kindly accepted to take me on as a PhD student and this is how I started my career research in the endocannabinoid field. From here I moved to Tim Kirkham’s lab in Liverpool. Tim is one of my personal heroes and a brilliant scientist, he was the very first person to show that endocannabinoids are able to stimulate food intake.

Ciaran – Edgar before we get onto the science, I just want to show the readers that scientists actually are cool, here’s your chance to prove me right; give me your favourite music artist. What was the last gig you went to?

Edgar –If I had to choose I would say that my favourite band is Radiohead, particularly their album OK Computer. To be honest, I really enjoy music, any from the Britpop era. The last gig I went to was here in Bordeaux, a DJ called Anorak. But really the last big gig was Radiohead back in Mexico. That was really awesome!

Ciaran – Okay, let’s get down to business, can you explain what exactly the endocannabinoid system is and what it does?

Ciaran – There are really two sides to your paper Edgar. On one hand, there is the physiological side. You have discovered the link between hunger, increased sense of smell which leads to eating more food. On the other hand, we have the part which has been picked up in the media, generating tons of interest, “The mechanism behind the munchies”.

How are these linked?

Edgar – I think the main finding of my paper highlights the importance of the human olfactory system. As you know, our most important sense is actually vision. Humans are very visual animals. Until now, a lot of people have overlooked the importance of the sense of smell in humans, compared to that of a dog for example. However, even in animals where we know that smell is important, there haven’t been many studies which demonstrate the mechanism underlying how olfaction can impact on different behaviours, such as eating. In our paper, we demonstrate the importance of the olfactory system and link this to energy balance through activation of the endocannabinoid system. This is actually quite a philosophical question when you think about it; we have shown the internal state of the animal (hunger) can impact on its perception of the outside world (boosting sense of smell). This work, while being important and novel, is still only a tiny piece of the puzzle which we have yet to solve. For me this physiological element is the most important part of our study.

The second part which the media has picked up on is due to the fact that the endocannabinoid system is involved in this process of boosting smell and increasing food intake, which means that smoking cannabis can impact on this! We have known for a long time that endocannabinoids can increase hunger as well as change our perception of the world; unfortunately nobody has really taken the time to look into the mechanism underlying this phenomenon. We have shown that injection of THC, the active ingredient of marijuana, changes the animals perception of smell leading to increased eating; Thus the title “the molecular mechanism of the munchies”.

Edgar – To be honest, it’s a bit scary. This is the first time I am experiencing such high attention to my work. Really, I think it’s great, people want to absorb this information and learn more about the effects of cannabis on the body. I believe that people are really hungry for knowledge, but they are not so interested in getting into the depths of the study which is not so accessible if you are not in the field. I am guilty of this too, we all are! The media are only really showing us the tip of the iceberg, the superficial layer. Marijuana is a popular drug and topic generally, so this really has contributed to the success of the article.

Ciaran – Of course, you’re not only getting mice high for the fun of it. Biological research is supposed to ultimately benefit mankind, by leading to a cure for a disease etc. So apart from informing weed smokers on why they get the munchies, how will your work impact on society?

Edgar – The therapeutic potential of endocannabinoid system is very underdeveloped. This has already been tried and unfortunately failed as was the case of the drug Rimonabant. This drug, which blocks the endocannabinoid receptors, was used to treat obesity and other metabolic disorders. It went through clinical trials but was eventually removed from the market due to unwanted side effects which included depression which in some cases lead to suicide. This example is very important to emphasise the importance of carrying out basic research before we get ahead of ourselves!

Ciaran – Without giving away too many secrets, tell us what the future holds for endocannabinoid research.

Edgar – This is quite a young system, with research beginning just over 20 years ago. Of course we have learned a lot already. The endocannabinoid system is present all over your body from the skin to your brain. One of the great things about this system is that it is a great tool that researchers can use to understand physiological processes in the body. Even if you’re not directly interested in the endocannabinoid system it can be used as a tool to study other processes. I think in the future we will see many more researchers taking up research in this field.

Ciaran – Being involved in research myself, I know how hard it can be to get to the end and finally publish your work. How did you find the whole process?

Edgar – This work is the result of 4 years of research. When we first submitted the paper to some of the top journals, it was about half the size of the final version. We were advised to go to a more specialised journal where we passed through several review processes, taking about a year. This was frustrating, but at the end we can see that the paper is much better. This made me realise the importance of the peer review process. Of course you suffer a lot but in the end it pays off; beyond the publicity this paper received, I have learned how to construct a decent scientific story.

Ciaran – Do you have any words of advice for students or people interested in getting involved in research?

Edgar – There are still a lot of things left to discover, things that we need to know. To do this we need people, manpower. The beginning of a scientific career is filled with insecurities, “Is there anything new left to find? Will I be able to do this or that?”. Now, I know I’m going to sound very cliché but I think you need to pick a subject that inspires you and you also need to believe in yourself.

Ciaran – Edgar, as a researcher working in the endocannabinoid field you are in a great position to give an educated and informed opinion on whether Cannabis should be legalised. Where do you stand on this debate?

Edgar – I believe that this really depends on context. So I will give you my opinion based on my own personal experience in Mexico. I would say right now legalisation is not good, for Mexico. Before legalisation, I think we need to solve other issues in society. In Mexico there is a lot of poverty and social differences, so if you allow marijuana to be legally available, my impression, and maybe I’m wrong, is that people with social problems will take refuge in cannabis which makes them feel good and forget about their problems. This is not constructive and could be bad for society in general.

So before legalisation, I think society needs to be prepared.

Maybe here in France it’s possible… in terms of economy and society things are a lot more stable so perhaps legalisation could be an option. But still, I don’t know, I’m not French and don’t fully know the culture here so I can’t predict how this will affect society.

Ciaran – Thanks for your time edgar. This is really great work. We wish you all the best here at Headstuff.

Gaps In The Fossil Record