Personally, my hangovers have been getting worse and worse and so I am really interested in finding the best scientific strategy to cure a hangover. We’ve all heard of numerous different hangover cures over the years. Some are preventative, drinking a glass of water between each alcoholic drink, others try to remedy the hangover the morning after. So I set out to see if there was any scientific evidence backing up some of the common hangover cures. 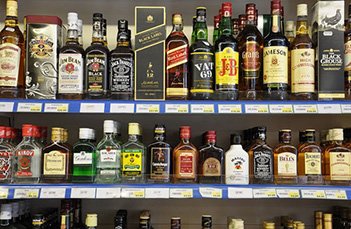 It all began one morning/afternoon after a ‘quiet’ night out. I took a look on Pubmed, a search engine for medical research articles, to see what I could find. I was naturally a bit fragile that morning and this ‘investigation’ did not put me at ease. The first thing I couldn’t help but notice were the names of the journals which publish alcohol-related research… the majority of them go by the names such as “Drug Alcohol Dependence”, “Alcoholism: Clinical & Experimental Research” and “Alcoholism” among many others. This was all rather sobering… (I apologise for that one).

However, most of the research in these specialised journals focuses on the effects of alcohol on the body and brain. Proper hangover research, i.e. the after effects when you have no more alcohol in your system and feel awful, is actually lacking.

From the outset, it seemed that there were many confounding studies with a lot of contradictory findings, some studies show that hangover results in memory impairment while others simply don’t. This could indeed be due to many different reasons including the tests being used and the ‘state’ of the subjects in the study [1]. I should mention that, unsurprisingly, most of the subjects of these studies are university students. 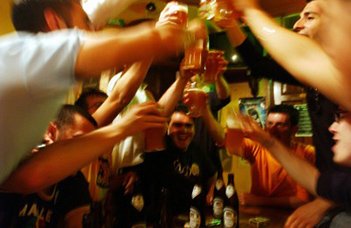 I will start by taking a look at one of the oldest hangover cures in the book – drink lots of water. If you told me that a hangover was caused by simple dehydration, I would believe you. But in fact, this has not been scientifically proven. Of course drinking lots of alcohol does lead to dehydration and contributes to hangover symptoms but dehydration itself does not necessary produce a hangover. For example, when hungover most people report having a dry mouth and being thirsty but also feelings of tiredness, dizziness, nausea, sweating and even anxiety (a.k.a. the fear). In short, drinking lots of water will not completely cure your hangover.

It actually seems that a hangover is a sort of immune reaction [2]. When hungover, your body releases different pro-inflammatory cytokines, hormones and fatty acids which start an immune response much like when you catch a cold. One paper even showed that giving subjects a 200mg pill of Tolfenamic acid before starting drinking and another before going to bed, relieves hangover symptoms [3]. This drug acts in much the same way as Ibuprofen, blocking the production of prostaglandins and relieves hangover symptoms such as headache etc. So that’s no real news for most people. But together this research does seem to suggest that the hangover has a lot in common with a having a cold and being sick.

One of the other most well-known hangover cures is ‘the hair of the dog’, basically having another drink the morning after to relieve your hangover. Reading the literature, this one actually does seem to work! Hurrah! This is due to the metabolism of alcohol by your body’s enzyme alcohol dehydrogenase (ADH). Most alcoholic drinks contain ‘congeners’ these are the chemical by-products of alcohol production. One study looked at the difference in severity of hangovers between people who drank vodka (low level of congeners) and people who drank bourbon (high congener levels), what they found was that both groups felt like shit the next day… but the bourbon group felt worse [4].

One reason why this may be the case is because one common congener is methanol. Methanol in itself is no more toxic than ethanol but when methanol is metabolised by ADH it is broken down into formaldehyde which is highly toxic. The enzyme responsible, ADH, actually prefers to break down ethanol instead of methanol, so once ADH has broken down all the ethanol in your system (the morning after the night before) it will turn to breaking down methanol, producing formaldehyde and effectively poisoning you, resulting in a killer hangover. However, if you were to put some more ethanol in your system ADH would stop breaking down methanol and turn back to breaking down its preferred substrate ethanol. So the ‘hair of the dog’ hangover cure does seem to be scientifically sound.

As any fool can see, this ‘cure’ is not really a cure but rather delays the hangover somewhat. Also, methanol is not the only reason why you feel bad after a hangover. When ethanol is metabolised it produces acetaldehyde, which can give you a hangover but it’s not as toxic as formaldehyde.

Here I have only tackled a couple of the common hangover cures, and from what I can find on the subject there doesn’t seem to be a clear cut winner in scientific search for a hangover cure. One review highlighted that there may be some potential cures for a hangover but these studies are rather small and not so convincing [5].

In the end it seems that the best hangover cure is to stay away from alcohol. Simple as that. Actually, it’s not. A research paper in Alcoholism: Clinical & Experimental Research in 2013 reported that a hangover barely impacts upon the time until your next alcoholic drink [6]. So it seems like a bad hangover doesn’t really stop us from doing it all over again.

I guess the best thing to do would be to drink with moderation. Although I don’t mean to encourage people to drink, I personally agree with Oscar Wilde when he wrote “Everything in moderation, including moderation”.