Today’s romantic landscape is completely different than the one that existed even a decade ago. It’s fueled by online interactions, as well as massive troves of personal and sensitive data.

Dating sites like Match, Chemistry, and eHarmony have always been around, but the way past platforms were structured, pair-ups were more of a social and interactive process. Now, it’s all fueled by collected data, statistics, and algorithms.

You’re both part of the same recreational community and you both love pizza, so congratulations, you’re matched! Of course, the pairings and algorithmic systems work more precisely and accurately than that, but you get the point.

In fact, you could say that modern dating and romance sites are better suited to making matches. According to an infographic from the Berkeley School of Information, one in 10 Americans use a dating site or app, and 23 percent have found a long-term partner or spouse while using them. Even more surprising, 11 percent of American couples — together for 10 years or less — met online through one of these services.

In 2005, 47 percent of those polled claimed that online dating allows you to find better matches. In 2013, that number increased to 53 percent. The number of people that claim meeting partners online is a good way to find someone also increased, from 44 percent in 2005 to 59 percent in 2013.

While these stats are certainly dated now, they show the upward climb of online dating usage and its continued success. For someone entering the dating scene today, there are even more opportunities thanks to the likes of mobile app services like Tinder, OkCupid, Zoosk, Bumble and many others are leading the charge. 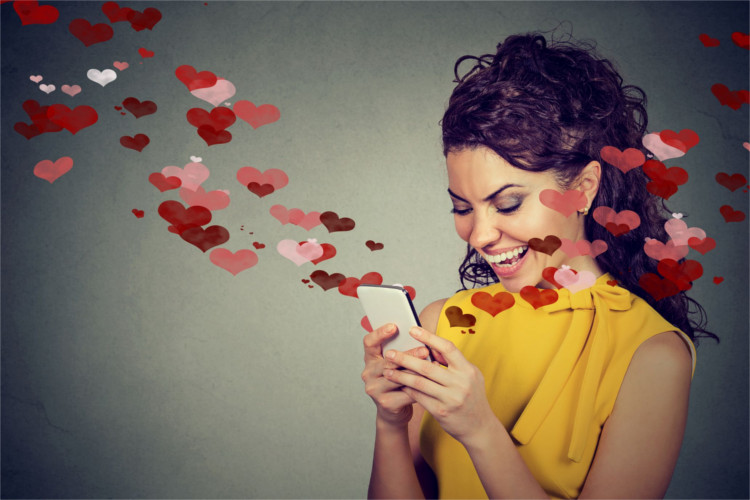 Is Everything Cupcakes and Rainbows on the Big Data Front?

A lot of this information — and seeing the successes of others — is promising, but it may also lull you into a false sense of security. Because many of the dating sites and platforms are facilitated by personal data and algorithms, it’s entirely possible to cheat the system. There are those that have found ways to do it before and will continue to do so. They know how to play the data systems to get what they’re after, like a true relationship, or something more sinister.

It’s no secret that Tinder is a veritable breeding ground of womanizers and one-night stands. That’s not to say you can’t find success, but it’s not a tried-and-true method for finding romance, especially something serious. You’ll need to sift through the weeds just as you do with traditional methods.

More importantly, you’re sharing incredibly sensitive information with the services you use, which could ultimately get you into hot water later. Take the Ashley Madison data leak of 2015, for example. It was a massively private and sensitive “dating” site for married cheaters. Over 32 million users were exposed as a result of the leak, including their personal and financial data. When that information hit the public airways, it wrecked a lot of lives, opportunities and existing relationships.

A French reporter for The Guardian requested access to her personal data that had been collected during her use of Tinder. What she received was about 800 pages full of information, including basic info, interests, and preferences, and even chat history.

Unfortunately, this is something you have to do if you want to use the services or meet any kind of success. More than 4,000 U.S. adults reported to Axios that they don’t feel comfortable sharing personal information with the dating sites they use, yet they did it anyway.

It goes to show just how dangerous these platforms can be for the average person. You’re sharing lots of personal information and details with the service, which it’s collecting and recording. It’s also monitoring the interactions, chats, and experiences you’re having to build a complete profile of your personality. While this certainly leads to more accurate matches and romantic meetups, it also opens you up to more risks and dangers.

It’s something to consider for the modern age. Are these services truly worth the risks they pose?

Today’s largely data-driven online dating and romance world highlights the need for more traditional meetups. It seems — on the surface, at least — that all the magic of true romance is gone, replaced by numbers, statistics, servers and computer algorithms. That’s not necessarily the case, however.

This entire discussion is meant to be an exploration or introduction to the dangers of dating in the modern world, specifically in regard to your personal and sensitive information. The important part is that you’re aware this info is out there, and what that means for you and your future.

As for the magic and romance you’re looking for, it’s not gone. Many of these services merely introduce and kick-start the relationships you have. You can meet someone online or through Tinder, but the actual conversations, interactions, and experiences are yours and yours alone. Learn to trust that part of yourself more than the services you’re using and you should be just fine.

The magic isn’t gone, after all. It’s just stepped aside initially only to return as soon as you dive into the waters.

Bio: Nathan Sykes, founder of Finding an Outlet, writes online about emerging technologies and their impact on both our professional and personal lives. To read his latest articles, follow Nathan on Twitter @nathansykestech. When he isn’t being a techie, Nathan can best be described as a foodie.

Cybersecurity in Media and Online Entertainment