How Easy is it to Publish a Scientific Paper? 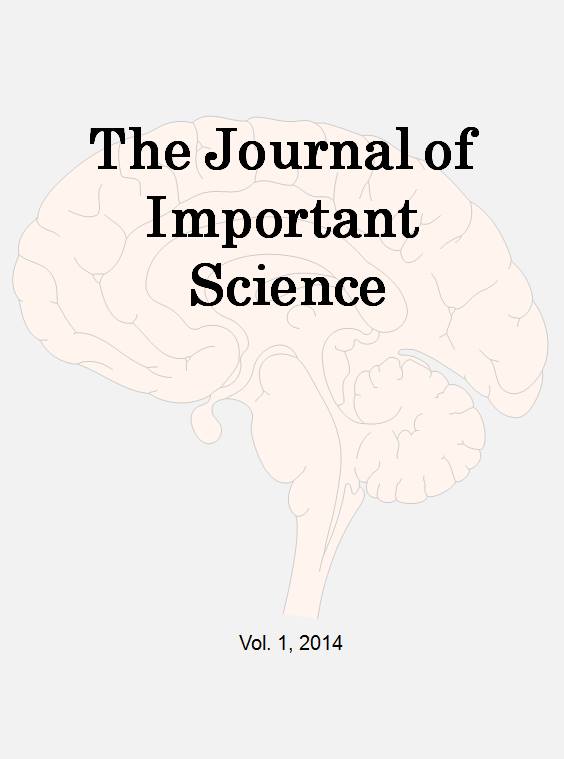 Science is brilliant right? Did you see the story the other week about how blood from young mice can rejuvenate old mice? Sounds like something straight out of a vampire movie. It never fails to amaze me that, most of the time, fact is stranger (or at least as strange) as fiction. From the outside looking in, being a scientist must be the best job ever! Those scientists seem to be having a great laugh in the lab, it must be great to discover something new. But from the inside, it’s not all roses.

There have been countless pieces on this topic. If you are in academia you’re probably sick of reading things like this on the internet. So if you close this window now, I won’t hold it against you because I’m actually not writing this piece for you. I’m writing it for people who don’t know how it works in here. So, if you want to find out more about what life is like in academia, read on…

The Guardian have run a piece on an extreme (although some people will beg to differ) case where a young scientist has decided to finish a toxic relationship with academia. For certain people globalisation of science and international projects means that you have to be available to respond to emails 24/7 to account for different time zones and different working cultures. So imagine you have to check your emails in the middle of the night and perhaps rush back into work to send some new data to a colleague halfway around the world. This would be all well and good if researchers were getting paid a lot of money and had a lot of benefits but it isn’t the case. For the hours some people in these cases put in, they are getting paid less than the minimum wage and have zero job security after their short contract runs out.

So as I said, in my opinion, that is an extreme case. Maybe it’s just me but most of the time I’m able to ‘switch off’ when I go home. That being said, I do love a good chat about science and I do think about my work quite often. However, I’m not thinking about it because it’s stressing me but because it’s fascinating and exciting me! I love it! For now…

I’m currently on the verge of finishing my PhD and have put a lot of thought into the next few years of my life. I have asked myself, will I stay in Academia? Where will I go next? Back to Ireland where my all of my family are based or continue on to another lab in a different country?

The choice was really made when I weighed up the potential opportunities. Right now I’m working between two different labs and answer to two bosses. Both have had very successful careers as young researchers and now as lab bosses. Since I started my PhD, we have had an influx of more successful scientists who seem to be doing the academic thing right. If I had to write a formula for academic success it would look something like this:

It seems quite simple, work your ass off for your PhD and Postdoc (maybe several Postdocs), forget about other aspects of your life like family and hobbies, and then you are guaranteed a permanent job in the institute (or at least country) of your choice. But in fact this isn’t how it works… not at all.

There is a huge element of luck in this job. Huge. Right now, I’m trying to publish my work in a scientific journal. “That’s great” you say. Well for me this is probably the hardest part of the job. First of all, there is a lot of pressure on young scientists to publish in the big journals and to publish often. We need to get our work published as high as we can because when we try to get funding for future projects or to start our own lab, this is how we will be evaluated. 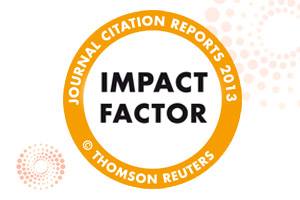 All journals are ranked based on how many times articles in these journals are mentioned by other papers, this is called the impact factor. Basically, if your paper is very important, it will likely be cited by a lot of other papers therefore inflating the impact factor of the journal in which it was published. Before this ranking system was introduced, if you studied neuroscience you published in the Journal of Neuroscience, for Immunologists you published in the Journal of Immunology, because all of your peers read this journal so you were getting maximum exposure to like-minded people.

Now the impact factor seems great but it is a flawed system. A quote by Winston Churchill comes to mind; “Democracy is the worst form of government, except for all those other forms that have been tried from time to time”. The impact factor of the journal you publish in isn’t a great way to measure a scientist but it’s all we have for now.

A study of the actual relevance of the impact factor has been investigated by Per Seglen and published in his appropriately titled paper ‘The Skewness of Science’. What he found was that, for the average scientific journal, the minority of papers account for the majority of the citations. So you can see how the impact factor is a bad way to rank journals and especially people. Just because your paper is published in a high ranking journal, doesn’t mean it’s brilliant. But that’s what people take away from this number. There is really brilliant work that gets published in lower classed journals, and with the invention of the internet articles published in low ranked journals are now highly visible. So really the impact factor doesn’t mean that much anymore. The impact factor of a journal as a whole seems too broad, would it not be better to have an individual impact for each paper? Something based on its individual merits and how important it is in the field?

Unfortunately a lot of your scientific career hangs in the balance here. If you get published in a journal with a good impact factor, that can make your life easy. A scientist’s salary and money to do experiments mostly come from funding agencies that give the cash to the most promising candidate. These funding agencies often don’t have a lot of other data to evaluate a scientist other than how many papers each person has and where they were published.

Fortunately, this trend of depending on the impact factor seems to be changing with many big journals acknowledging the fact that the impact factor isn’t the solution to our problems. An editorial piece from Nature Neuroscience said:

“Journal impact factors cannot be used to quantify the importance of individual papers or the credit due to their authors, and one of the minor mysteries of our time is why so many scientifically sophisticated people give so much credence to a procedure that is so obviously flawed”

There is a movement coming from inside academia and we are seeing new journals pop up like eLife, set up by Nobel Prize winner Randy Schekman and the more established PLOS family of journals who completely go against the impact factor. In my opinion, this move to needs to trickle down from the top. Personally, I can’t risk it. For my career I still think it’s important to publish high. But maybe if I see some top researchers doing this and being rewarded the same as someone publishing in one of the three big journals (Nature/Science/Cell) maybe I’ll give it a second thought.

Another problem is the simple luck of the draw when it comes to publishing your paper. This is what is really testing. Once you send your article to a journal, it is up to the editor to decide whether your work is important or not. These people are only human, so imagine you send in the paper and the editor is in a bad mood…. Better luck next time!

If you do manage to get past the editor, the paper is sent to a panel of experts in the field (anonymous to you) who will review your work and consider whether it deserves to be published in this journal. The review process is usually very helpful, pointing out any inconsistencies in the story after which you have the chance to explain/defend your findings or carry out further experiments to back up your data before publishing in this journal.

The problem is, very often the only experts in the field are your competitors. So let’s say your paper gets sent to a competitor, this person doesn’t want to get ‘scooped’ (i.e. allow you to publish your work before they can publish their very similar work). This reviewer, who again is only human, could recommend that your paper be rejected from the journal, or else ask for further (impossible) experiments effectively blocking your paper. Or you could get lucky and have your article sent to an unbiased panel of reviewers who give your paper a fair review. Luck, again, plays a big part.

As you can see, there are a lot of variables completely out of the control of the scientist. Personally doing the science is great. There is nothing better than doing experiments getting the data and putting it all together. I just wrote my thesis and really only then could I put my work into context and see how “important” (relatively speaking) that my work really is. Now, I think it deserves to be published in a decent journal because it’s very novel and the subject is quite hot at the moment. I haven’t come to this conclusion alone, as a scientist I talk a lot with other scientists and have presented my work at many conferences and have had a lot of positive feedback.

So I was quietly confident when we sent the paper to one of the big journals, only we got rejected… Rejection is a big part of life, especially for a scientist, you need to have a thick skin. Samuel Becket once wrote “Ever tried. Ever Failed. No matter. Try again. Fail again. Fail better.” So although I have been rejected, I appreciated the comments I received. I did some more experiments, worked on the paper and next time I might just get lucky, or at least I will fail better than the last time.

So wish me luck in my scientific endeavours, because believe me, I need it!