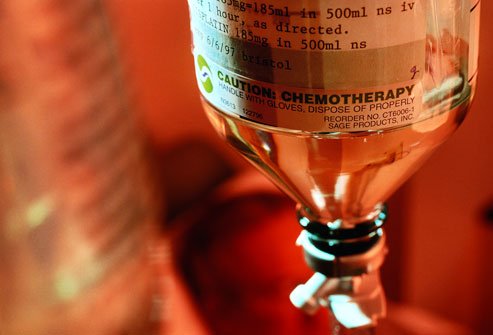 When I first studied cancer medicine as an undergraduate, my lecturer described chemotherapy as “beating up the patient with a baseball bat in the hope that you get the cancer on the way.” Chemotherapy has benefits, but the side effects can be traumatic. These side effects arise because of what we pharmacologists call “off-target toxicity,” where drugs attack healthy cells as well as disease cells.  Newer, targeted therapies are often described as “silver bullets.” I think of them more as heat-seeking missiles, capable of being programmed to find and attack cancer and leave our healthy cells alone.

It was 1960. Muhammed Ali was throwing punches while the Russians were throwing dogs into space, and in Philadelphia, researchers made a discovery that would change everything. They found an unusual gene in chronic myelogenous leukaemia (CML), which they named after their host city. It was arguably one of the greatest breakthroughs of all time, but it was no “Eureka moment.” The Philadelphia Chromosome gave no answer, but a lot of questions. How did it arise? What did it do? Was it good or bad? It took research teams all over the world years to unravel these answers, and to discover that the Philadelphia Chromosome made a protein called BCR-ABL. Some leukaemias become addicted to BCR-ABL. They need it to work to keep them growing, without it they can’t survive. Normal cells don’t rely on this protein – so if scientists could somehow stop BCR-ABL from working, cancer cells, and only cancer cells, should die.

It was the swinging sixties. Things were changing. Science was changing too, swinging away from relying on lucky discoveries, like Alexander Fleming’s miraculous recovery from illness after eating mould-infested bread leading to penicillin. We don’t hope to discover drugs anymore as much as we design them, using what we know about how diseases work to devise tactics to defeat them. In 2001 Gleevec, a drug that blocks BCR-ABL from working, was approved by the FDA to treat cancers with the Philadelphia Chromosome. Gleevec has been called a “miracle drug.” Before it, less than 30% of CML patients could expect to be alive five years on from their diagnosis. With it, 89% of people with CML survive to that five year mark.

Drugs like Gleevec and the knowledge that cancer is a genetic disease (which does not mean all cancers are inherited) enable doctors to personalise medicine. We know that one drug does not fit all. Patients with certain types of cancer now have their genes tested at diagnosis, and these tests can tell doctors whether or not a certain drug might work in that patient. This means that the best available drug can be given immediately, rather than arriving at it after multiple rounds of trial and error with other drugs, and a patient can be spared the side effects of a drug that isn’t going to benefit them.

Imagine if the best of both worlds – the selective nature of targeted therapy and the total wipeout of chemo could be combined. One of the newest and most exciting drugs in a breast cancer subtype does just that. Herceptin is a targeted therapy which finds and attaches to a protein called HER2 which is found on certain breast cancer cells, but not normal cells. T-DM1 chemically joins Herceptin to a chemotherapy drug called emtansine. Emtansine has extremely strong anticancer properties but its side effects were so severe it didn’t get through clinical trials. T-DM1 keeps the toxic chemotherapy inactive until its Herceptin part finds HER2, and brings the entire drug inside the cancer cell, where the emtansine is unleashed. A large clinical trial called EMILIA showed T-DM1 resulted in better survival and less side effects than the standard of care, and the FDA were so impressed by these results that they fast-tracked T-DM1 to the clinic; it was approved for the treatment of secondary HER2-positive breast cancer last year. It will be interesting to see how many drug conjugates like these come online in the next few years, and to see how they live up to their potential to radically improve the lives of cancer patients.

HER2 was discovered the year I was born. Herceptin was approved the year I started high school, and a decade later, in which time I’d finished high school and a four year degree, I started a PhD project investigating ways Herceptin could be made even more effective. It goes to show how much work really goes into scientific research, and how making a discovery, and even getting a drug to market, is in many ways only the beginning. Cancer research won’t stop until cancer does.

You can find part one of our series on cancer here