This September, scientists at Trinity College Dublin made a new breakthrough in Alzheimer’s research.  By studying the blood-brain barrier—the BBB, a term used to describe the properties in the brain’s blood vessels that strictly regulate the energy and metabolite exchange between the brain tissue and the bloodstream—the Dublin researchers determined that blood vessels referred to as tight junctions were altered in patients suffering from Alzheimer’s disease.  This could explain the buildup of the infamous amyloid-beta protein that causes the symptoms of Alzheimer’s.

These new findings could hopefully pave the way for new, successful treatments that currently do not exist—and someday, perhaps, the cure that everyone is waiting for.  Still, there is a long way to go before that day comes.  Alzheimer’s is one of the trickiest diseases out there, and there is quite a bit we have yet to learn.

When it comes to debilitating illnesses, there are few menaces more looming.  Over 46 million people currently suffer from some form of dementia, a number that is predicted to only grow bigger as the baby boomers age.  While researchers understand what Alzheimer’s does to the human brain, there is a great deal of mystery surrounding why it does it, and in the midst of theories, speculation and diagnosis, quite a bit of misinformation and confusion has popped up regarding what Alzheimer’s is, what Alzheimer’s does, how to understand it, and where it comes from.

10. Alzheimer’s disease was discovered by – and named after – a German psychiatrist named Alois Alzheimer.

Alois Alzheimer first became interested in the disease that would one day be named after him when he began studying a 51-year-old woman named Auguste Deter, who suffered from short term memory loss and odd behaviour which progressed to the point of severe dementia.  After her death in 1906, Alzheimer ordered an autopsy on her brain, wherein he discovered the infamous plaques and tangles that now characterize the disease.

9. Dementia is NOT a disease, it’s a range of symptoms – and Alzheimer’s is the most common form of dementia

All too often, people will debate whether someone afflicted with memory loss, confusion, and behavioural disorders has Alzheimer’s or “dementia,” as if the two things are separate illnesses with separate symptoms.

The problem with this is that dementia is NOT a disease, and it’s certainly not some separate entity from Alzheimer’s.  Dementia is an umbrella label to describe the general decline that occurs when a person experiences such symptoms as memory loss, and loss of cognitive thinking abilities. Alzheimer’s disease is the most common form of dementia, accounting for 60-80 percent of cases.  However, there are a wide range of possible causes for various forms of dementia, some of which are reversible.  Alzheimer’s, of course, is not.

8. The symptoms of Alzheimer’s disease are caused by so-called “plaques and tangles”

How does Alzheimer’s disease begin?

In the human brain, it starts when pieces of the beta-amyloid protein stick together, and gradually grow into plaques.   These abnormal structures of protein form between nerve cells. Tangles, then, are mangled tau proteins contained inside dead and dying nerve cells.  Their existence warps the railroad tracks in which nutrients, cell parts and more are transported.

As if that wasn’t enough, the entire brain shrinks.

Seeing the normal brain compared against the Alzheimer’s brain is a pretty terrifying thing.  We all know that the brain is the most delicate—and important—organ in our bodies, and Alzheimer’s attacks it in a way that few other diseases come close to.  In the Alzheimer’s brain, the cerebral cortex—which plays a key role in memory, awareness, and perception—withers away, with Alzheimer’s especially targeting the hippocampus. Fluid-filled spaces called ventricles expand.  By the time Alzheimer’s has really set in, the overall brain size shrinks to 10% less than the non-Alzheimer’s brain. 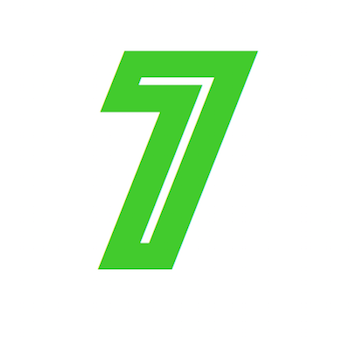 The onset of Alzheimer’s disease is not a sudden thing, wherein a normal person suddenly loses all of their abilities without warning.  It’s a steady progression, which researchers have organized into seven stages.

Starting at stage one—the normal stage—people afflicted with Alzheimer’s will then progress to stage two—normal aging forgetfulness—and then some cognitive impairment in stage three, which is when more anxiety generally sets in.  Stage four introduces more severe memory impairment, as such actions as writing a check or recalling the date begin to become a struggle.  Though stage five and into stage six, basic activities of daily living (ADLs) are no longer second nature, and by stage seven basic functioning in life becomes dependent upon the assistance of caregivers.

These stages can last for any length and duration, but a person with Alzheimer’s will always move through them one way or another. 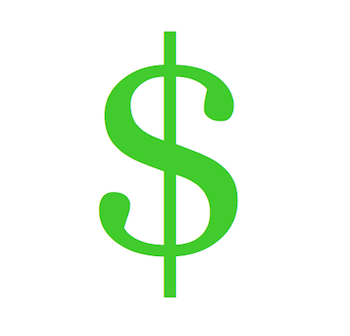 6. The economic cost of Alzheimer’s is astronomical—and growing

In Ireland, which has more than 27,000 private and public residential care beds, a 2012 report by the Department of Health and Children stated that Ireland spends over €1.69 billion a year on dementia, which is a major increase from the last decade. In all of Europe, Ireland spends the highest public per capita on brain research, an estimated 40% of which goes to researching dementia. The amount that Ireland is projected to spend on long-term care by 2031 is estimated to increase 36% to 60%.

In the UK, the Alzheimer’s Society estimates that it has a population of 850,000 people living with dementia, which costs the UK about £26 billion a year.  Two third of this—about £17.4 billion—is paid for by dementia patients, as well as their families, both on unpaid care and private social care.

Overseas in the United States, Alzheimer’s is estimated to cost the country about $172 billion a year, and it’s estimated that number could jump to over $1 trillion by 2050.  The average annual per-person payments for health care and LTC services total at about $47,752, which is over three times more than the amount that Medicare pays for persons without dementia.  29% of over-65-year-old individuals with Alzheimer’s, who have Medicare, will also have Medicaid coverage.  Now, for people with low income and low assets, Medicaid will pay for nursing home care.  However, that $47,752 number, even if it’s helped by insurance, is a pretty exorbitant, unfairly high cost to those who want to take care of a loved one at home instead of shuttling them off into some unknown facility.

5. There’s still a lot of debate about what OUTSIDE factors cause all of this

Okay, so Alzheimer’s is the result of plaques and tangles; we know that much. But what causes these plaques to form in the first place?  In the century since Alois Alzheimer first discovered the disease, no general consensus has been made, and there are a lot of divergent opinions.

Some studies have shown evidence that poor sleeping habits may cause plaques to form, but it’s unclear whether sleep deprivation causes Alzheimer’s or is simply a side effect of it.  For decades, researchers have pondered whether aluminum may be linked, but these findings are inconclusive and mostly disregarded today.  Just recently, obesity during midlife—and the health problems that arise from the standard obese lifestyle—were potentially linked to an earlier onset of Alzheimer’s.  And of course, there is always genetics.

Many researchers are hard at work on isolating the cause and finding a cure, so we can only hope that someday soon, we will know more surely.

4. Memory loss is more severe than it sounds 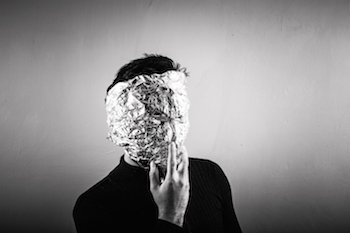 Alzheimer’s is traditionally associated with memory loss, creating such symptoms as forgetting people’s names, not knowing the date, and confusing the location for somewhere else.  In Hollywood depictions of the disease, this is normally all that we see, and it’s often played for humor.  But in reality, the later stages of Alzheimer’s bring about severe memory loss that eventually becomes a terrible impediment to regular living.

In the later stages, an Alzheimer’s patient will lose basic life skills that they learned in childhood, such as how to put on a pair of pants, or how to read.  Dementia patients can forget how to eat, how to swallow, and incontinence is common.  For caregivers, it’s important to understand that this memory loss is not the fault of the afflicted person, and instead a symptom that should be treated with understanding and compassion.

While it’s easy to try to define Alzheimer’s as a disease that causes memory loss, it actually extends much further than that.  Alzheimer’s changes the entire structure of the brain.

In later stages of the disease, it’s not uncommon for people to experience frequent sleep disturbances, paranoia – and even severe hallucinations, which can range from auditory to visual.  The combination of memory loss and hallucinatory symptoms can cause a terrifying lack of awareness about one’s surroundings, resulting in confusion and panic that can seem to result from out of nowhere.  Again, for caregivers, one must understand these symptoms are not a deliberate act, and it’s unbelievably important to show compassion instead of pointing the finger.

2. Less than half of Alzheimer’s patients are informed of their diagnosis

That figure sounds crazy, but it basically comes to this: in Ireland, according to a report by the Alzheimer’s Society of Ireland, a survey of Irish general practitioners revealed that only 19% “often or always disclosed a diagnosis.”  In the UK, only 44% of those with dementia receive an official diagnosis.  Overseas in the US, things aren’t any better.  According to the  according to a report by the Alzheimer’s Association earlier this year, only 45% of Alzheimer’s-diagnosed Medicare patients were disclosed this information by their doctor, according to both medical records and Medicare surveys. In contrast, 90% of cancer patients were made aware of their diagnosis.

When new patients—who are still struggling through the early stages of the disease—are deprived of the right to know of their own diagnosis, it causes these people to lose the chance to plan their future before their capabilities become too impaired, or to make informed decisions about their care before they lose the cognitive powers to do so. 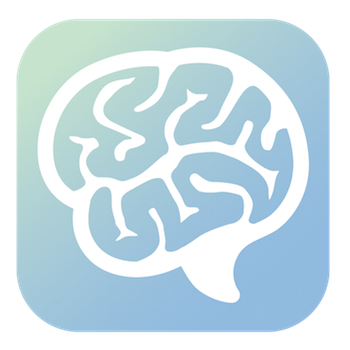 1. The worldwide total of deaths from Alzheimer’s disease has more than doubled since 1990, and there is no cure

In 1990, the estimated number of deaths from Alzheimer’s was 795,000.  By 2013, it had soared to nearly 1.7 million, though researchers point out that in the past, Alzheimer’s was often misclassified, meaning that many more people died from Alzheimer’s in the previous decades than studies would suggest. Worldwide, Alzheimer’s is now the 29th leading cause of premature death, and it’s well known to be a disease that can’t be “prevented, cured or slowed.”

There is hope.  Findings like the one at Trinity College Dublin slowly bring us closer to the day where a cure can be found.  Still, research into this disease is complicated.  As stated by Dr. Matthew Campbell, a Research Assistant Professor in Genetics at Trinity:

“Our recent findings have highlighted the importance of understanding diseases at the molecular level. The concept of periodic clearance of brain amyloid-beta across the BBB could hold tremendous potential for Alzheimer’s patients in the future. The next steps are to consider how this might be achieved.”

Anyone can get Alzheimer’s.  Everyone is susceptible.  It’s important that society works together with such entities as the Bright Focus Foundation—the same nonprofit organisation that helped fund this important research in Dublin—as well as the Alzheimer’s Society of Ireland, the Alzheimer’s Association, and Us Against Alzheimer’s to find a cure, and that all of us—patients, family members, caregivers, nurses and more—do our utmost best to understand the disease, spread awareness, and provide the absolute best treatment possible for those who suffer from it.

Nicholas Conley is an author. His novel Pale Highway, which deals with Alzheimer's, will be released on October 20th by Red Adept Publishing. He can be found on the web at www.NicholasConley.com.

Elaine Feeney Should Come With A Trigger Warning