It’s written on the wind
It’s everywhere I go
So if you’re really scarlet
Come on and let it show.”

It’s 2017 and it’s safe to say the world has never been more scarlet. There is too much to unpack. But I promise I will try. Together we will get through it. Mort and all.

Buckle up, here’s yizzer scarlet lowdown from the past few weeks.

In case we needed more proof that we’ve got notions and are overdue another famine, this video of a bat in Kerry went viral this week. The scarlet spread so far it landed the family on Jimmy Kimmel and the coveted front row of The Late Late, where Ryan got to try out some of his latest step dad jokes.

If you haven’t seen the video, it’s basically a bat being tormented by a flying towel, while Kerryman Tadgh Fleming narrates it. His dad or as Tadgh likes to call him, “DERRY!”, finally catches the invader and fucks him out the back door, while the dog pisses himself in the corner, fearing he’s next.

RTÉ have apparently hired Tadgh to narrate their version of Planet Earth called, “Daithi In The Wilderness.” A ten-part series of Daíthí O ‘Sé in his back-garden chasing snails while Tadgh screams “DAITHI, CATCH IT WILL YOU! CATCH IT!”

A Lidl bit of Heidi in a trolley

Absolutely nothing to see here, just Heidi Klum in a trolley launching her fashion line for Lidl about to kick over the back to school section.

Nothing more needs to be said about that really. See ye down in aisle three for a bit of Klum’s Camping Chic.

As someone who suffers from severe scarlet fever, I know for a fact that my cause of death will be Taylor Swift. So, I’m going to try and enjoy my last few months before her new album White Privilege drops in November.

Taylor gifted us with two songs in the past few weeks. The first, ‘Look What You Made Me Do‘, is a run-down of her hit list and reminder to us all to never go gluten free.

She followed up this sonic attack with a video of the song, directed by Ivanka Trump. The video shows Taylor ripping off Beyoncé, subtly referencing everyone that’s ever crossed her and licking some diamonds in a bath. So, basically a regular Saturday night in for me.

Not giving us one second to recover from this scarlet onslaught she unleashed her next attack on us. This time in the form of her rapping in… ‘Ready For It?’

That’s the name of the song. There isn’t something clever coming.

No, Taylor we’re not fucking ready for it. We still haven’t recovered from this shit storm.

When discussing a case where a 19-year-old woman alleges she was raped by a member of the British swim team, walking trigger George Hook gave another lecture in women’s rights. This week’s lesson came from Captain Hook’s long running series I’m Not Sexist But… where he explores the value of victim blaming so that he can uphold his sexist and dangerous views without taking any responsibility. Oh, and get paid for it by Newstalk.

Here’s an excerpt from his masterclass in misogyny.

“She was passed around, went the story. And apparently, she went to bed with one guy and he goes out and another guy comes in. She doesn’t want to have relations with the second guy but he forces himself upon her. Awful.

But modern day social activity means that she goes back with him. Then is surprised when somebody else comes into the room and rapes her. Should she be raped? Course she shouldn’t. Is she entitled to say no? Absolutely. Is the guy who came in a scumbag? Certainly. Should he go to jail? Of Course. All of those things.

But is there no blame now to the person who puts themselves in danger?”

If you ever want proof that the apocalypse is upon us just read the grim comments under a rape article on the internet.

Reading comments online is a fool’s errand. We all know that. But it’s a grim reminder of how a lot of people view women and blame women. Hardly surprising in a country that treats women like Ireland does, that actual dinosaur, George Hook, gets away with a lot of his blatant sexism and poisonous views because it’s an accepted fact that he’s a gowl and these are things gowls say.

But it’s not acceptable. In any case. From anyone. Especially from a national broadcaster. Newstalk need to fire him and replace him with the soothing sound of Enya songs on a loop.

“She shouldn’t have been drinking so much. She must have fell on top of him and he’d no option.”

“Shur, she was dressed so provocatively he had to take the clothes off her?”

“Him! He’s a lovely young fella. Mowed my lawn for me once. Couldn’t be a rapist.”

I genuinely think people have said all these things. People’s comments are that grim online.

Blaming victims does nothing but traumatise victims further for something that is not their fault while stopping other victims from coming forward.

Ireland has the lowest conviction rates in Europe for rape. Is it any wonder why in this victim blaming culture?

Instead of blaming victims, why are we not talking to men about consent?

Everyone should watch this video with a little light reminder about what consent is and why it’s really not that difficult to figure out.

Meanwhile, in Dublin people rummaged through Daft.ie to try to find somewhere to live. Some gems found included this beauty in Rathmines. 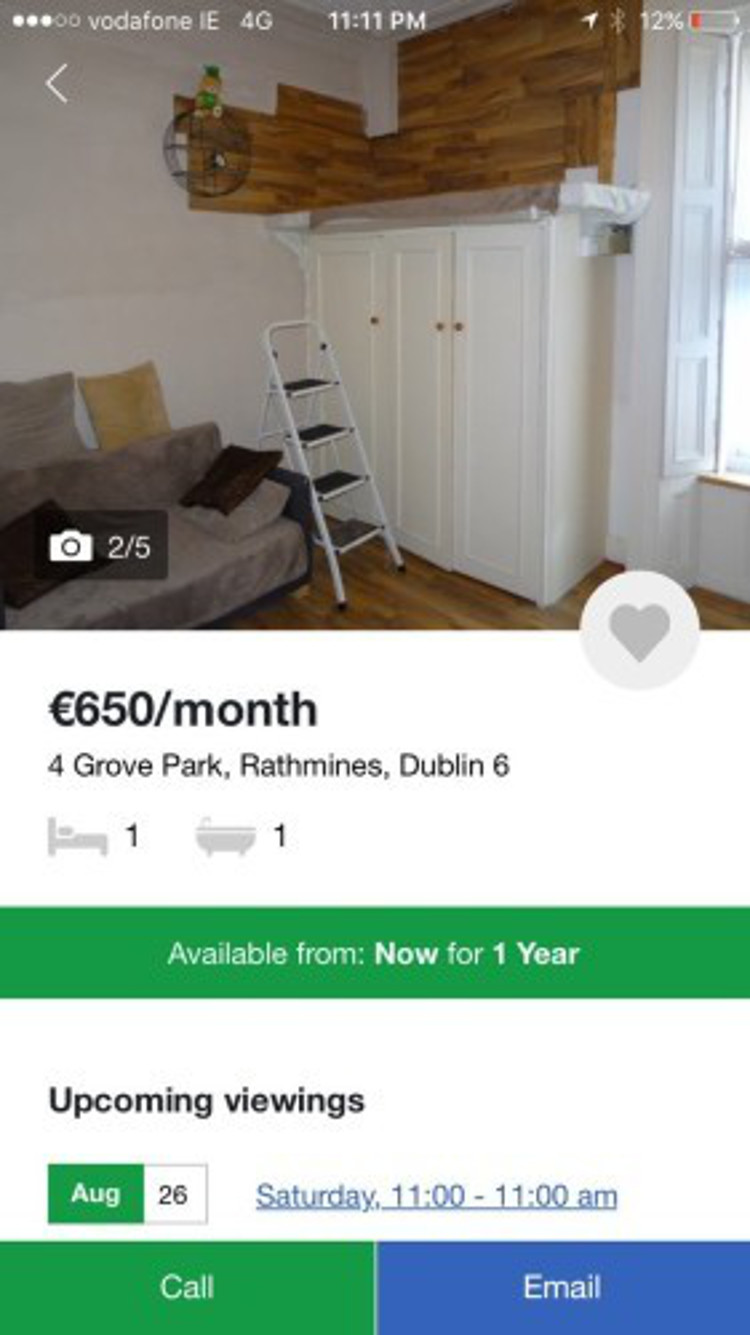 For a cool €650 a month you can have this recycled mattress, straight from Electric Picnic 2016. It has been carefully secured to the wardrobe using only the finest Pritt Stick and left-over duct tape.

Enjoy your five steps up to this studio loft in the ceiling while taking in the views of the dodgy wood job on the wall. Please, be careful not to remove the random wheel on the wall as it holds the entire house together.

Also, be aware of other people sleeping in the wardrobe at night as you bawl you’re fucking eyes out wondering where it all went wrong.

“DO YOOOOOOOOOOU BELIEVE IN LIFE AFTER SCARLET?”

Sorry, absolutely no one deserves these horrific re-writes. It’s a side effect of having scarlet fever.

I’ll leave you with this gem from Cher whose main past time is vaporising basic bitches.

Then keep your eyes open bitch

Kaz has a PHD in all things scarlet and runs a satirical blog Scarlet Brigade to prove this. She also co-founded international activist group Repeal Global and will co host the upcoming podcast Rag Against The Machine. When she's not writing about herself in the 3rd person she works in film and is a freelance writer and comedian. She is also the founder, president and sole member of the Ja Rule appreciation society.

What Year Is This? | Is Twin Peaks: The Return the Greatest Achievement in the History of Television?

Irish Media and the Gender Problem