Record Store Gay 2016 in Support of the Abortion Rights Campaign

For the past five years, Record Store Gay has celebrated music and diversity in Dublin. Usually organised to coincide with International Record Store Day in April, the event has been raising money and awareness for causes dedicated to equality since 2011. Through music, artistry and a myriad of diverse acts, Record Store Gay has supported Outhouse, the community and resource centre for LGBT people, and the Yes Equality campaign.

This year, it was decided that Record Store Gay 5 would have its own event separate from International Record Store Day, to ensure that the celebrations could be enjoyed in towns and cities outside of Dublin too. 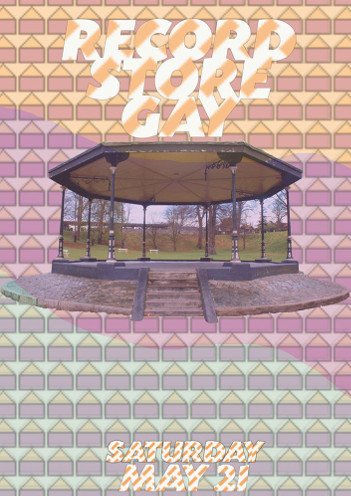 It was also decided that the excellent Abortion Rights Campaign (ARC) would be the beneficiaries of the money raised from this year’s event. Since its conception, the grassroots campaign has been fighting for the rights of women all across the country, and for the abolition of the draconian eighth amendment that accords Irish women the same human rights as an unborn foetus.

The ARC work tirelessly hosting regular meetings, demonstrations, and fund raisers to educate the public and policy makers about the hypocrisy embedded in Ireland’s abortion laws, the mental and physical dangers associated with criminalising abortion, and the twelve women a day who are forced to travel elsewhere for a medical procedure their own government is denying them.

This drastic need for change to our constitution will be achieved by those who dedicate themselves to fighting for it. Record Store Gay 5’s decision to focus on the rights of Irish women and the country’s inability to meet international human rights standards will not only help those who volunteer for the ARC, but every woman who could potentially find herself pregnant in Ireland. The fight for free, safe and legal abortion is a social movement affecting half of the country’s population. The existence of the eighth amendment puts every pregnant Irish woman’s life at risk, and only the removal of it will allow us to take the next step towards equality.

Record Store Gay 5 will take place this weekend (May 20th-22nd) at Little Gem Records Kildare Street on Friday at 7:30pm, and the Pheonix Park Bandstand on Saturday from 2pm-6pm. A host of diverse artists are due to attend including Everything Shook, Capt.Lovelace, Stopthewheel, and many, many more.

All money raised from the event will go towards the Abortion Rights Campaign, and the fight for choice and change in Ireland.

My Best Guess at What Happens in Game of Thrones