Is the word ‘Phobia’ letting bigots off the hook?

The most important thing that stuck with me from my study of linguistics is that words have a price. We have free speech; you have the option to say whatever you like. But whatever you do say has its consequences. You pay that price by altering people’s perception of you and how they feel. In more high stakes situations, you might insight hate or violence. Words have power in that regard. Ostracising individuals who use words that have been socially outlawed is our species natural way of maintaining standards of speech without having to apply laws. This is most evident in how most people will never utter a slur even though they are technically ‘allowed’ to. Those who do feel the need to use slurs will suffer the consequences of that in a multitude of ways.

Aside from this, the words we use not only affect the world around us, but they also affect how we think. The way in which you frame the world will affect how you perceive and think about the world. This is an off-shot of what is known as linguistic relativity. That being the hypothesis that the language you use effects how you think, and how you think effects the language you use.

In the light of this then, one can notice a change in how we use the word phobia. A phobia, by definition, is an extreme or irrational fear. It’s an intense anxiety that is caused, usually, by an irrational trigger. You know of many of these; a fear of spiders, a fear of heights, a fear of small spaces etc. The defining feature that links all phobias together is that they are inherently uncontrollable. A person does not make a decision to be afraid of something. It can be a result of trauma, or inheritance, but it is not something one can choose. Phobias are uncontrollable, and when you consider this in light of modern discourse, it is clear that we are misusing the word. 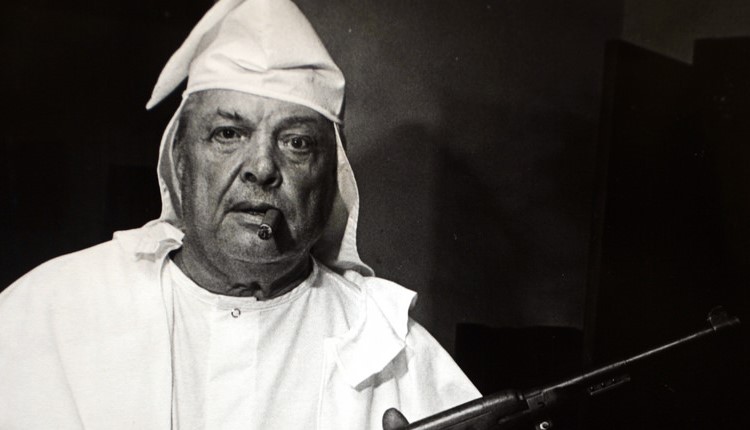 We often see words such as “homophobia” and “transphobia” in the media, on social networks, and everywhere in between. These words are used to describe the hatred, prejudice and discrimination shown towards members of such groups. A person who is homophobic is seen to discriminate against members of the gay community, and holds hateful attitudes based on a difference in sexuality. This isn’t a phobia. This isn’t a phobia because the person has made a decision about a group of people based on social factors. There is no fear involved in this transaction. Rather, the person has decided a group is less-than because they are different. This is not fear. This is a person choosing to have a certain attitude.

To label discrimination against any group of people as a ‘phobia’ gives the bigoted people who hold these views an out. It’s an out because by definition, a phobia is out of individual control, and so the person who discriminates can deny bigotry on the technicality of definition. That is, you can’t blame someone for having a phobia of heights, so if hatred of a group of people is also a phobia, then you also can’t blame the person for having such a phobia. Therefore, calling someone homophobic or transphobic or xenophobic not only minimizes the outward behaviour, it also works to normalise the attitude. Xenophobia can be seen to be out of your control whereas racism is a clear choice. In reality, the results of both of these is the same but using the former lets a person of the hook to certain degree.

We need to either update the meaning of phobia to include purposeful discrimination or we need to come up with a more appropriate term. Excusing bigotry on any scale, to any group as a fear simply isn’t good enough. That’s why I don’t think updating the definition of ‘phobia’ to include discrimination is appropriate. The idea of a phobia being out of one’s control is already socially and culturally embedded, and so the word will always be linked to fear.

As for coming up with a new term, this may only work to create more division, as we continue down the path of sub-categorising every different aspect of identity into its own label. Society has an obsession with giving each group a unique tag which more often than not, gives people more reason to adhere to an ‘us’ and ‘them’ mind frame. And I don’t think that’s working out too well.

What might be an effective and easy fix, is to stop using terms that include ‘phobia’ in them, and just call people out for their bigoted, prejudiced and ignorant views. There doesn’t have to be a specific term for every specific group. Bigotry is bigotry in the end of the day. Suggesting that prejudiced views are a result of some form of phobia is letting people off the hook for having such views to begin with.

Daragh Fleming is a 22 year old from Cork armed with a BA in Applied Psychology and irrational desire to be a superhero. Daragh is a positive mental health advocate, having co-founded 'Fight Against Suicide' in Ocotber 20016. Two things you need to know; Daragh is a passionate writer, and he's trying to make the world a better place in any way he can.

I Know That Face | Bob Hoskins

Behind the Bestseller | Trailer

Why Do We Come Out?