The central tenet behind ideals of self-care and self-improvement are seemingly benign and, largely, inarguably sound. Its most attractive quality lies in its inherent vagueness and adaptability, personalised maintenance routines undertaken all in service of our own mental, physical and emotional well-being. All of these qualities make its entwinement with market propaganda unavoidable. Narratives surrounding self-care are omnipresent in the branding of candles, gyms, soaps, food and drink, and almost everything else you can run into down a high-street. And yet, despite this, it retains an air of harmlessness. A candle may not provide much relief for a generation whose internal and personal difficulties are intrinsically linked to external neoliberal forces, but it surely can’t hurt?

This innocuous veneer begins to slip when you consider the implications of its messaging. It places the capacity for improvement on the individual, and in doing so deceptively suggests a level playing field. Effectiveness is dependent upon a pre-requisite of affluence for its clientele, who are in the position to mask its deficiency behind an invisible support system of wealth. But not only does it require an indoctrination into neoliberal ideals of self-improvement, its prosperity is entirely dependent upon its own inadequacy. One would have to question the economic strategy of a brand whose objective was to achieve its own extinction. Self-care marketing is inherently aspirational, rooted in ideals of betterment that impinges upon a necessary structural hierarchy. It is not just insufficient, but fundamentally and inexorably so. As such, the messaging becomes increasingly insidious when markers of self-care are determined by which candle scent is more conducive to mindfulness, than respective bank balances and support systems in place.

While these issues are not new, and have not been left unscrutinised before, the pandemic has paradoxically enhanced their appeal. As job precarity and financial insecurity pervade and deepen, the inadequacy of support systems have become increasingly apparent. As we slide into a second recession in just twelve years, the futility and desperation that comes with attempting to navigate this uncertainty is now an unremarkable and common experience. Long-term planning has become negated by the cyclical spectre of collapse. 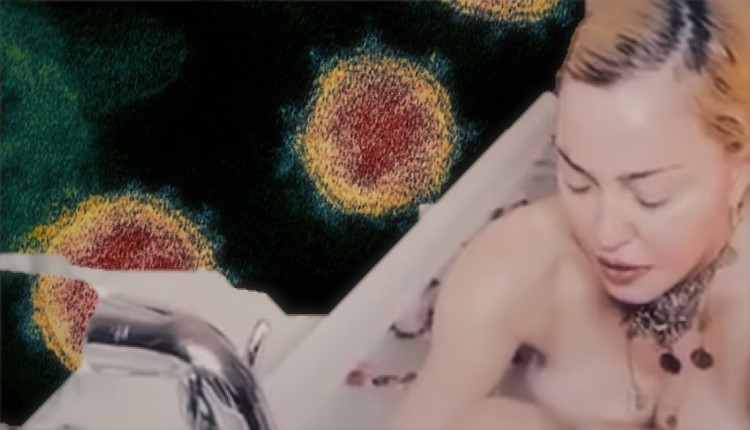 As a result, it has become expedient in the short-term to buy into this neoliberal messaging surrounding self-care and improvement, an indoctrination into a system which is dependent upon holding on to a delusion that you may just end up on the right side of inequality. The daily conditions of lockdown life which have induced the mental benefits of buying into these ideologies are clear. On top of financial and career uncertainty, the isolation of lockdown has largely decimated even personal and emotional support structures. The elongation of free time combined with an eradication of social and interpersonal support has in many cases left little to fill the void with other than ceaseless and macabre news updates and existential dread.

However, attempts to posture pandemic as a communal experience has been dangerously misleading. The most debilitating effects of Covid-19 have disproportionally effected those in marginalised positions, the most glaring example in Ireland of which can be seen through the unsustainable and increasingly dangerous Direct Provision system. Rather than providing a shared circumstance, instead the pandemic has exposed and widened the gap of inequality, and revealed the inadequacy of the support systems in place.

For a significant section of the population whose well-being is entirely in thrall to these external forces and structures, who exercise little autonomy over their own lives beyond survival, coping with the day-day can be eased by this indoctrination. A candle may not provide any use in the face of widespread unemployment, but when so little else is available to cling on to it begins to take centre stage, and in turn reveals its own cyclicality. Ideals of self-care and improvement can provide an avenue for solace, and as their popularity grows become in danger of functioning as the dominant solution. Neoliberalism’s bind is completed by its own attractiveness in the face of a systemic decimation of all other avenues.

The inadequacy of these structures cannot be seen as a systemic failure, but as the inevitable conclusion of its own structural operation. It is wilful and ideological negligence rather than incompetence. Its functionality is based upon an inherent deficiency, as duty of care to its citizens is transferred from the responsibility of the government to the personal agency of self-maintenance. The pandemic has highlighted its cyclicality by exposing the depth of inequality. The deficiency of support structures is not only an indictment of a neoliberal ideology, but subsequently amplifies its own appeal. As market logic suffuses through and erodes the welfare-state, it further entrenches its own prominence. It must be replaced with an alternative.

Patrick Dunne is a writer from Dublin and currently living in London. Occasionally you can find him putting his frustrations with the world and films into words

Poem of the Week | In limbo by Angela Washington

Where To Start With | Converge

Communal Grounds | Why We Cannot Be Without Coffee Shops Post-Covid