Women have long reported doctors not taking them seriously, and recent research indicates physicians do treat female pain more dismissively than they do men’s. Maybe the phenomenon occurs in part due to the way women’s bodily autonomy has long remained a matter of political debate. Perhaps it’s because the majority of clinical research trials still utilise primarily male subjects.

Whatever the reason, far too many women suffer in silence. Those with chronic conditions may struggle for years to have doctors take their symptoms seriously and are diagnosed with anxiety and depression before getting someone to listen.

Fortunately, society is finally waking up to this problem, and as a result, we are talking about it more and beginning to discuss how we can implement real change. However, change can be slow, and unfair as it is, women may need some advice on how to advocate for themselves in the meantime. I’m here today to provide that advice, from both research and personal experience.

Consider this: One out of every ten females have endometriosis, but it takes women an average of six to ten years to receive an accurate diagnosis. Why does it take so long to get a diagnosis for a disease millions of women experience during their reproductive lives? If it takes this long to obtain a diagnosis for a common ailment, imagine the misery of women who suffer from rarer diseases.

Even in the emergency room (ER), women receive disparate treatment. Researchers studied 981 ER patients and found that males received analgesics more often than women, as well as opiate-based medications. Since men and women today face the same socioeconomic pressures and stresses, why is the worst level pain possible — the type that drives folks to the loud, smelly and crowded ER — still dismissed?

One reason for the disparity is early clinical trials focused primarily on male test subjects. For example, in 1989, a large study of 22,000 individuals intended to evaluate the efficacy of low-dose aspirin in treating heart disease contained not one single female subject.

Doctors previously justified excluding women from trials due to the hormonal changes they experience throughout their cycle. They felt they could more simply eliminate variables by using male subjects.

However, these very hormonal shifts impact the way various treatments affect women. Additionally, as women possess higher body fat levels than men on average, some medications could build up to dangerous levels in the female body. While researchers have made strides in including more females in clinical trials, much remains to be done.

Another factor is the way female health has long been politicised in our culture. Discussions about issues like late-term abortion center not on the woman’s health, but the viability of the fetus — even though science tells us the fetus cannot feel pain until 27 weeks. The woman can suffer excruciating agony, and still be left to die. This proves especially true if she needs an emergency dilation and curettage, and the only hospital within driving distance is religious-based and refuses abortion services.

Finally, consider the Greek root word “hyster.” While the root word refers to the uterus, it also refers to lunacy. Doctors are quick to diagnose women with a mental disease, when, in fact, they may have a real underlying physical condition. Certainly, poor health coupled with being told “It’s all in your head” repeatedly wreaks havoc on the psyche. 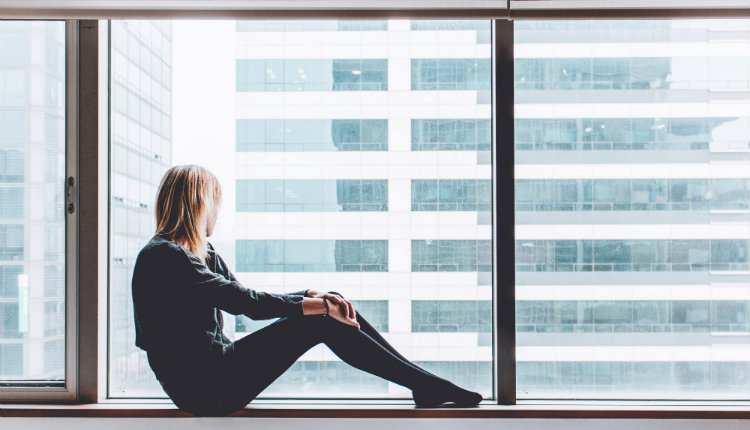 When doctors dismiss women’s pain, it can have life-altering consequences. For example, millions of women suffer from uterine fibroids, and doctors perform over 300,000 hysterectomies each year to treat the condition. This robs the woman of her fertility when other treatment options exist. Indeed, 52 percent of women erroneously believe a hysterectomy is the only way to ease their suffering.

Dismissing female pain can sometimes prove tragically fatal. Consider the fact that 45 percent of men receive CPR if their heart stops in public, compared to only 39 percent of women. As a result, men are more likely to survive such an attack.

Even in the ER, doctors often dismiss signs of heart attack in women. Part of this occurs because women typically manifest cardiac symptoms differently than men. While men often experience the signature “elephant on the chest” when having a heart attack, women may feel nauseous, sweaty and fatigued. Emergency medical personnel must recognize the differences in these symptoms if they hope to save lives.

The Ongoing Problem of Women and Chronic Pain

While women with chronic inflammatory and pain conditions may not die immediately, failure to get an accurate diagnosis leads to untold suffering. Many women lose job after job, even their entire careers, due to calling in sick frequently with no discernible cause.

As a result, many women learn to mask their pain, describing it as not as severe as a man would in the same situation. This partially stems from the bias that males are inherently more stoic than females, though evidence supports the converse is true. In one study, researchers evaluated how doctors ranked the relative pain of male and female children receiving a fingertip pinprick. Doctors rated the pain at 50 on a scale of 100 when the patients identified as male, and only 45 when identifying as female.

This suggests two possibilities. One, males do physically express pain via interjections and facial expressions more readily than women. If anything, females demonstrate more, not less, stoicism than males, likely due to cultural conditioning to hide how they feel lest they be deemed hysterical. It also suggests a strong physician bias toward taking male pain more seriously.

When it comes to treating chronic pain, women get the short end of the medicine stick even though they make up fully 75 percent of sufferers from chronic autoimmune diseases. When it comes to rare diseases, they fare even worse. Doctors often misdiagnose real cardiovascular conditions like postural-orthostatic tachycardia syndrome (POTS) as anxiety or panic attacks in women. They also often diagnose females with depression — and who wouldn’t feel depressed after suffering pain every day and being told it was all in her head? — instead of searching to see if another answer exists.

How You Can Advocate for Yourself at the Doctor — a Checklist

If you’re a woman whose doctor has dismissed her previous claims, getting them to listen can prove difficult. As someone with a rare condition myself, here’s what I’ve learned about how to advocate for yourself when dealing with a health care professional who simply won’t listen.

To truly address the problem of disparity in medical care, systematic change must occur from the clinical testing level to society at large. In the meantime, if you’re a woman feeling dismissed by her health care provider, you can learn to advocate for yourself. It’s not an easy road — but neither is living with unnecessary agony. You’ve already proven yourself — you are a pain warrior. Use your power and your voice. Be heard.

A Scene Chewing Dennis Quaid Can’t Save The Intruder