HeadStuff and Aiken Promotions are thrilled to announce the return of the Dublin Podcast Festival. Back by popular demand, Dublin will host headliner shows, live podcasts, comedy, discussions, and workshops across multiple venues.

You’ll have the chance to check out your favourite Podcasts or discover some brand new favourites – and not a pair
of headphones in sight! The festival will feature an incredible line-up of international and homegrown podcasters, covering everything from food to music to literature to football, film, comedy and lots more.

The rise of the podcast as a form of both entertainment and education has been phenomenal. Join us at the Dublin Podcast Festival for the second year running as we celebrate the podcasting world and connect fans with the people who make them.

We are delighted to bring you the first round of podcasts, tickets for the events will go on sale from Ticketmaster.ie and outlets Nationwide on Monday, 16 th July at 9am. 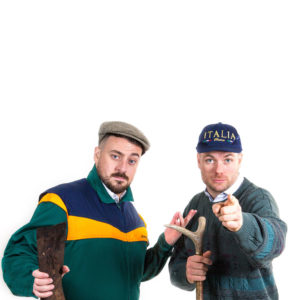 No better way to kick off the festival than comedy duo The 2 Johnnies.

This Tipperary duo is famously known as Johnny B and Johnny Smacks in the GAA world. They’ve played countless gigs and have three Irish  No.1 singles under their belt. Hotter than tay, their weekly podcast brings you all the mayhem and news from the world of The 2 Johnnies. The pair is currently touring with their comedy show  The “Big Show Small Show” Tour.

They are showing no sign of stopping as they head into a summer of silage, songs and now their first Dublin show at The Sugar Club on 26 th & 27 th of September.

The Guilty Feminist with Alison Spittle 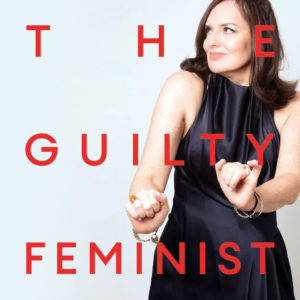 The unmissable shows continue with The Guilty Feminist.

Ever felt like you should be a better feminist? In this weekly comedy podcast, recorded in front of a live audience, Deborah Frances-White and her guests discuss topics ” all 21 first century feminists agree on” while confessing their insecurities, hypocrisies and fears that underlie their lofty principles.

Joining Deborah  as guest co-host is Alison Spittle, comedian and host of The Alison Spittle Show, the pair will be live at Vicar Street, 1 st October. Keep your eyes peeled for their special guest announcement coming soon. 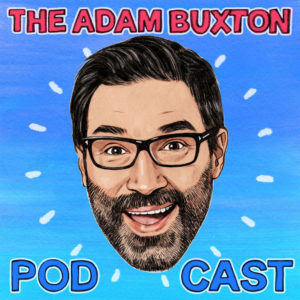 Next up, is The Adam Buxton Podcast, hosted by British comedian Adam Buxton.

With over 22 million listeners, Buxton is one of the top-rated podcasts in the UK and beyond. The rambly conversations he has with a whole host of interesting people are sometimes funny, sometimes more serious with funny bits.

On 3 rd, October we bring you The Adam Buxton Podcast with very special guest David O’Doherty. Expect to hear some homemade jingles and some chat with this comedy legend in the home of top quality conversation – Dublin! 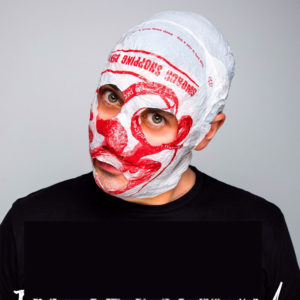 The very successful and well-renowned podcast in Ireland and abroad, BlindBoy will also be playing.

Hosted by Blindboy, of The Rubberbandits, The Blindboy Podcast is an eclectic podcast containing short fiction, interviews and comedy. The Podcast does not only indoctrinate mental health issues but reaches further into a wide spectrum of current topics, may it be gun laws, feminism, racism or a bit of history. Blindboy has it covered! 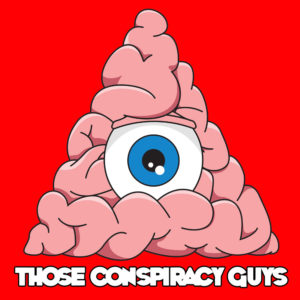 Those Conspiracy Guys are comprised of Gordon Rochford and a host of Irish Comedians and clever folk who attempt to shine a light into the murky waters of the internet to discover the truth about the 21st century’s greatest myth: The Conspiracy Theory.

TCG faces down some of the most complicated, disgusting, evil, mysterious, and
misunderstood conspiracy theories and intriguing events throughout history and paint a
comedic tapestry of history, science, sociology and philosophy in long form audio podcasts. TCG will be heading to The Sugar Club on 9th October. 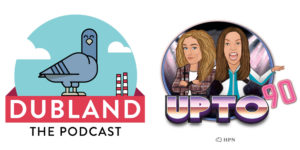 Expect a wicked double headliner with Dubland and Up To 90 .

Dubland is a fortnightly chat podcast in which Suzanne Kane and PJ Gallagher unpack the news of the week. Whether it’s political, global or personal news, there’s always something to send PJ into a rant and there’s always a stick for Suzanne to poke him with. With well over a million downloads, this podcast is not just popular among its listeners, it’s a hit that needs to be consumed as soon as it’s available.

Up To 90 is the latest podcast from Headstuff, featuring two of Ireland’s most exciting comics, Emma Doran and Julie Jay. The show covers anything and everything 90s, as long as it happened during the decade of Fresh Prince and ‘going-out’ combat pants, these two gingerettes have got you covered.

You can catch this amazing cross-over down at The Liberty Hall on 12 th October. 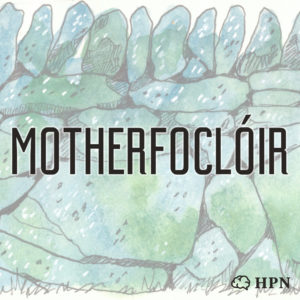 The podcast is “a show about words, Irish, Irish words and words from Ireland” aims to change the way Irish is talked about and thought about, away from “the way it’s taught” and into the ways it touches 21 st century life in Ireland – our technology, our literature, our activism, our lives. The Sugar Club will host Motherfoclóir on 10th October.

Sexy Beasts and Phoning it In

Comedy lovers, rejoice! We are providing yet another great double bill from Sexy Beasts and Phoning It In  at The Grand Social, 14 th October.

Tony Cantwell and amateur cryptozoologist Marc Jago are the hosts of Sexy Beasts, they welcome you into the menagerie of the unexplained. Always funny, scary and indeed sexy.

Weekly podcast Phoning It In is a brand-new comedy podcast which drops every Monday on the Headstuff Network hosted by Dave Coffey. It’s the brand-new home for up-and-coming Irish comedy talent, the show is a completely improvised spoof of phone in chat shows such as Joe Duffy’s Liveline and The Adrian Kennedy Phoneshow, featuring a weekly panel of Ireland’s rising comedy, improv and acting stars. Completely made up on the spot, the guests have no clue what the topics will be, so they must be quick on their feet and react to whatever crazy complaint is made to them. 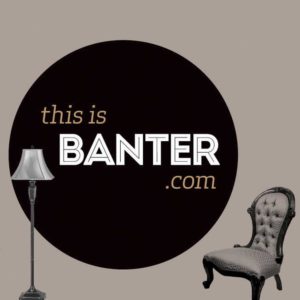 Banter is the final addition to the first round of announcement, this will take place at The Workman’s Club on 17 th October. We celebrate the 200th edition of Banter with host Jim Carroll, with a series public talks interviews and discussions.

Full details for Banter’s action-packed 200th night out will be announced on July 31 st.

We have lots more to announce!

Keep an eye out online, follow Headstuff and Dublin Podcast Festival on Twitter for all the latest news and updates.