Nearly two weeks ago, Dil Wickremasinghe’s show Global Village was canceled after a decade on the air. To say it was a shock to the radio presenter and her listeners would be an understatement. In her statement on Twitter, Dil described presenting Global Village as “one of the greatest privileges of [her] life”.

Dil stated on Twitter she is going to continue her work as a journalist and “advocate for those on the margins of our society,” and she will do just with her brand new podcast; Sparking Change with Dil on the HeadStuff Podcast Network.

“Sparking Change with Dil is going to carry on the work I began on Global Village a decade ago, but it’s going to be even more ambitious!” the radio presenter turned podcast host says, “you can’t keep a good woman down!” Still shining a light on social justice and mental health issues, Sparking Change with Dil hopes to spark positive social change with hour-long episodes out every Friday morning. 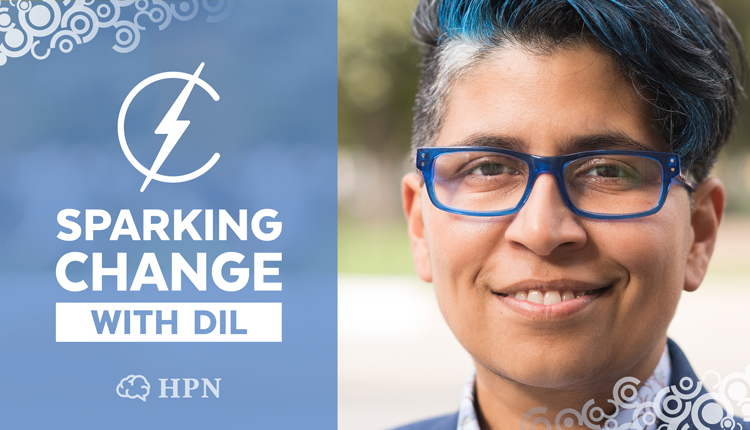 So what can we expect from Sparking Change with Dil? “Every show will provide a non-confrontational space where we can explore the issues by speaking to those directly affected by them,” Dil explains. “These stories often don’t make it onto Irish media because they require a gentle and sensitive approach.”

The idea is similar to Global Village and will connect listeners to projects, “Sparking Change with Dil […] is going to come up with ways that will link listeners to the various projects highlighted on the show – we want our listeners to become change makers!”

Although Dil thanked Newstalk and she was “grateful to the Newstalk team as they believed in [her]” her firing came about a week after she refused to present her show after George Hook’s victim blaming comments and the lack of support for female presenters in the station, “I felt the station has been unsupportive and unwelcoming of female presenters… I believe this culture is connected to George Hook’s comments.”

Dil indicates that the real problem in media is that men can speak their minds freely and women can’t. “… the Harvey Weinstein story demonstrates the gender power imbalance in media is not just widespread, but it’s downright dangerous.”

“Only by speaking out we can create lasting change and this has already started, now it’s only a matter of time as change is imminent!”

Dil never viewed her work as ‘work’, “I always regarded my work… as my civic duty and not just a job,” and she knew in her heart that “every show made a difference”. So when she was told by management she could not continue Global Village, not only did she worry about her job but for her listeners too, “I was inundated by thousands of messages of support in the past few weeks and I was concerned how personally impacted many felt by my news.”

“But, nothing had prepared her for the wall of support she saw when she released her statement, “It was so heartwarming for me to know that my work as a journalist was so widely appreciated and supported.”

“I am excited that my ability to continue my work as a journalist and continue speaking out for the voiceless in Ireland will inspire others…  I sincerely hope that my story and resilience will encourage others to speak out and join the battle for a fairer Ireland!”

You can listen to Sparking Change with Dil every Friday morning with the first episode coming this Friday, 20th Oct.

Boris’ ‘Do or Die’ Brexit | Where We Stand Now

Why Blogging is the Perfect Job for Introverts