“They just think I’m crazy…” “They wouldn’t have understood…” “You can’t see the effects of my accident…” are just some of the statements Hudgell Solicitors received when they asked their clients how they were treated returning to work after a brain injury. Since 1997, the Hudgell group have focused on medical negligence, personal and serious injury, and road traffic accident claims in the UK; paying particular attention to the differentiation of each claim, and the individuality of each person’s needs. 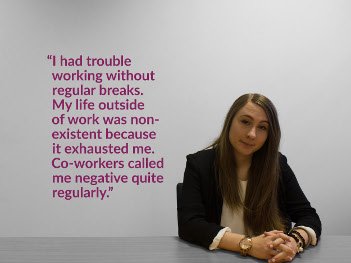 Last month, the group launched an awareness campaign to emphasise the lack of necessary support their clients suffering from head and brain injuries often experience upon returning to work. The campaign uses a combination of clientele feedback from a recent study conducted by the company, and statistics collected from brain injury services and support charity Headway, to present visual representations of the difficulties head injury sufferers face. These problems range from discrimination in the workplace, employers’ inabilities to competently manage the changes a sufferer has undergone, and a common lack of support during recovery.

Brain injury sufferers often experience discrimination in the workplace, an employer’s inability to competently manage the changes a sufferer has undergone, and a common lack of support during recovery.

The solicitors have launched their campaign to promote the notion that brain injury sufferers still need appropriate care and attention long after their cases have been heard. To ensure the smoothest transition possible during the recovery process, it is necessary that the specific needs of each employee are met by their employer, as no head injury is ever the same.

Headway.ie defines an acquired brain injury (ABI) as a “non-progressive acquired injury to the brain with sudden onset.” This means that rather than suffering the trauma at birth, the individual received damage to the brain sometime during their lifetime – potentially from a road traffic accident, a stroke, a fall, a tumour, a haemorrhage, or a multitude of other reasons. Damages to the brain can also be caused by heart attacks which lead to a reduced amount of oxygen to the brain, viral infections such as septicaemia and meningitis, and degenerative conditions like motor neuron disease (MND) and Alzheimer’s disease.

As the causes and symptoms of a brain injury vary so extensively, each case is unique. Depending on the exact location of damage to the brain tissue, sufferers may experience a combination of cognitive, physical, and behavioural alternations. These may or may not include an inability to concentrate for long periods of time, memory issues, fatigue, depression, headaches, chronic pain, a decreased ability to communicate, and sight problems. Headway describes brain injuries as a “hidden disability,” as many of these symptoms are not directly visible to non-sufferers. It’s not difficult to understand why so many of those who responded to Hudgell’s survey felt their needs were unsupported in the workplace.

Depending on the exact location of damage to the brain tissue, sufferers may experience a combination of cognitive, physical, and behavioural alternations.

“I had trouble working without regular breaks,” said one client, “My co-workers called me negative quite regularly.” Another expressed concern for the exclusion he experience upon returning to work, stating that nobody made him feel welcomed or supported. Often, these issues are not just attributed to a lack of understanding from fellow co-workers, but can be extended to employers too. Senior Solicitor, Kent Pattinson, believes that misinformation regarding such injuries has led to an influx of brain injury sufferers experiencing discomfort and a sense of inequity in their work.

…It is rare for employers to conduct occupational health and vocational assessments when clients return to work. Often the only adjustment is in reduced working hours (…) which means that no account is taken of the difficulties brain injured clients often face with deficits of concentration, attention, organisation and planning. Without appropriate assistance, clients can quickly become overwhelmed and find themselves unable to cope.

Data compiled by Headway.org.uk shows that there were 162,544 hospital admissions for people with head injuries in the UK between 2013 and 2014. Although the charity’s Irish services do not currently have official statistics available, it is estimated that somewhere between 9,000 and 11,000 people are diagnosed with a brain injury in Ireland every year, with a further 7,000 individuals suffering a stroke.

However, despite the sheer volume of people living with head injuries – and the fact that an acquired brain injury is the number one cause of disability and death among young people in Ireland – the trauma is still known as a ‘silent epidemic.’ As its effects are often invisible, the pain of the brain injury sufferer often becomes invisible too. As the exact symptoms of an individual brain injury are difficult, nay impossible, to define without consulting those who experienced the trauma, support and care is often mismanaged, too generalised, and ultimately unhelpful to those living with a disability – especially in the workplace.

Despite the sheer volume of people living with head injuries, it is still known as a ‘silent epidemic.’ As its effects are often invisible, the pain of the brain injury sufferer often becomes invisible too.

An experiment conducted by social science researchers at Rutgers University showed that people with at least one disability were 26% less likely to be considered for a job than those without a disability. The study applied to 6016 accounting positions in the US with almost identically written fake cover letters. Although some of the letters referenced that the applicant was suffering with a disability that would in no way affect their work performance – such as a spinal cord injury – the data compiled suggested that they were still less likely to be considered for the job. Those who applied for senior positions were discriminated against even further, facing 34% less interest from potential employers. While this study may have been focused on individuals who are currently seeking jobs, as opposed to those who are already employed, the results prove that those living with disabilities are still harshly, and unfairly, discriminated against in the workplace. 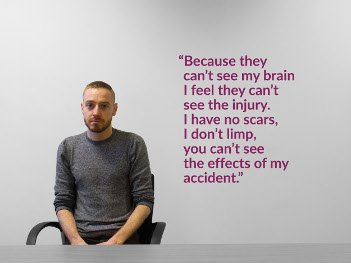 But all of this is not to say that progress has not been made. This year, the Irish government introduced a new Comprehensive Employment Strategy for People with Disabilities. Not unlike the data received from Hudgell Solicitors’ clients, the strategy emphasises the desire of many disabled persons to return to work after an accident, and aims to ensure that they are supported accordingly. However, some have seen fault with the strategy’s approach to communication with those living with disabilities, and believe that this should be revised.

Headway.ie have expressed specific concern regarding the strategy’s use of Intreo offices and staff, which they fear may be ill-equipped to cater for the needs of many individuals. When I asked the charity whether they felt discrimination in the workplace was a recurring grievance for a majority of brain injury sufferers, they said that the feedback they receive varies enormously. While many progressive employers entirely support a phased return to work, there are still those who find it difficult – or are simply unwilling – to understand the notion of adequate accommodation.

While many progressive employers entirely support a phased return to work, there are still those who find it difficult – or are simply unwilling – to understand the notion of adequate accommodation.

The National Survey of Stroke Survivors 2013 exhibits similar findings, with 19 out of 26 respondents stating that they were able to adjust to their roles in work and reduce their hours upon returning. However, four of these people were self-employed, and two reported losing their jobs within a year of returning. The survey also found that although 56% of individuals under the age of 66 were employed in full or part-time positions prior to their stroke, only 23% returned afterwards.

Charities like Headway may be dedicated to ensuring that people suffering with injuries can return to work, but they are also aware that appropriate employer support is a necessity too. Increased understanding of an individual’s injury, a willingness to adjust a worker’s roles to suit their abilities, and an eagerness to provide support, are crucial to achieve positive, non-discriminatory change in the workplace.

Supermovies News: From the Internet Bullpen to You | 6 | [Featuring Batman V Superman and an Ant-Man Sequel]