Man down in the NO ENCORE studio this week as Craig gives everyone a free tick on the bingo/drinking game as Dave and Colm hold down the fort. Not to worry as they’re joined by ethnomusicologist (yep) and HeadStuff contributor Andrea Cleary, who is also responsible for the aforementioned “dringo” situation.

On the agenda? Bacteria, fashion, reality TV, liars and the best and worst in new music. So the usual, really.

ACT TWO (27:35): Hey hey it’s the Songs of the Week. Sit back and drink in some new material from the aforementioned Father John Misty, Hamilton Leithauser & Rostam, Rocstrong and Smash Mouth. Yes, them off the Shrek soundtrack.

ACT THREE (45:15): The wonderful Wild Beasts return with Boy King, arguably their most sensual offering to date. Does it hold up to their high standards?

And remember, if you feel like playing bingo and/or engaging in a possibly highly-dangerous drinking game, you can do so below with the official NO ENCORE bingo/drinking game card~! (If you’re reading this having downloaded it to your device and are wondering where the hell the bingo card is, head over to Headstuff.org now). 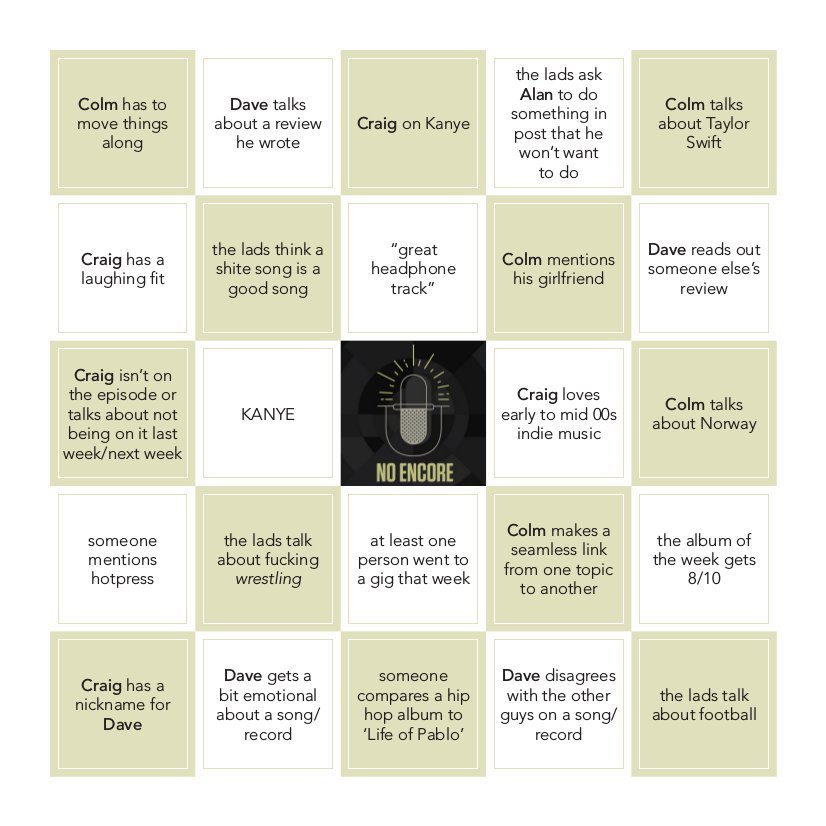 This episode was sponsored by Bunsen.