The Fascinated Live show as the Dublin Podcast Festival was an embarrassment of riches. In part one I was joined by fabulous Singer/Songwriter Naimee Coleman and in part two the fantastic Deirdre O’Kane. This is interview is proof if it was needed that Deirdre is very very funny.

In this interview she talks about the struggle of writing a standup show. The lead up to her return to comedy in 2016 and we revisit some ghosts from her past!

2017 has been a hugely busy year with Deirdre voicing the hugely successful Googlebox for TV3, producing Ireland’s largest ever charity comedy show for Comic Relief at the 3Arena, hosting the revamped IFTA Film & Drama Awards for national broadcaster RTE, and starring alongside Debi Mazar and Hillary Duff in Darren Starr’s hit sitcom Younger (TV Land, US) set to air in the autumn. Irish comedy’s prodigal daughter has also made a long-awaited return to her stand up roots, delighting audiences across the country with her sell-out show, 1 Dee, which continues to tour due to popular demand with dates currently being added through the end of this year. 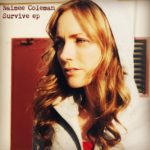 Gerr Walsh played guitar for Naimee on “Your Arms”. His debut EP “Prevailing Winds” on Bandcamp.

If you like this episode don’t forget to please rate it on iTunes and leave a nice review. Best of all you could share it with your friends or on social media.

Stay subscribed there will be a new episode soon!

Gearóid is a stand-up comedian from Dublin. He has appeared at comedy festivals all over the world and is also a writer and podcaster. His podcast "Fascinated" features amazing guests with wonderful stories. He lives with his boyfriend in Dublin and his life revolve around the whims of kitten called Boots.

Film Review | Does Grace Jones: Bloodlight and Bami Do Justice to The Funk/Disco Powerhouse?

Ep 51: Special Kind Of Something (Part 2) with Kavana

Ep 50: Special Kind Of Something with Kavana