YEEZY SEASON | Praise Yeezus? A portrait of Kanye West at his most ferocious, provocative and thoughtful

As our series of Kanye West retrospectives reaches its conclusion, Louise Bruton reflects on that time Yeezy embraced his god complex to the fullest, delivering a rich, challenging and important record that brings a hushed conversation to the mainstream… 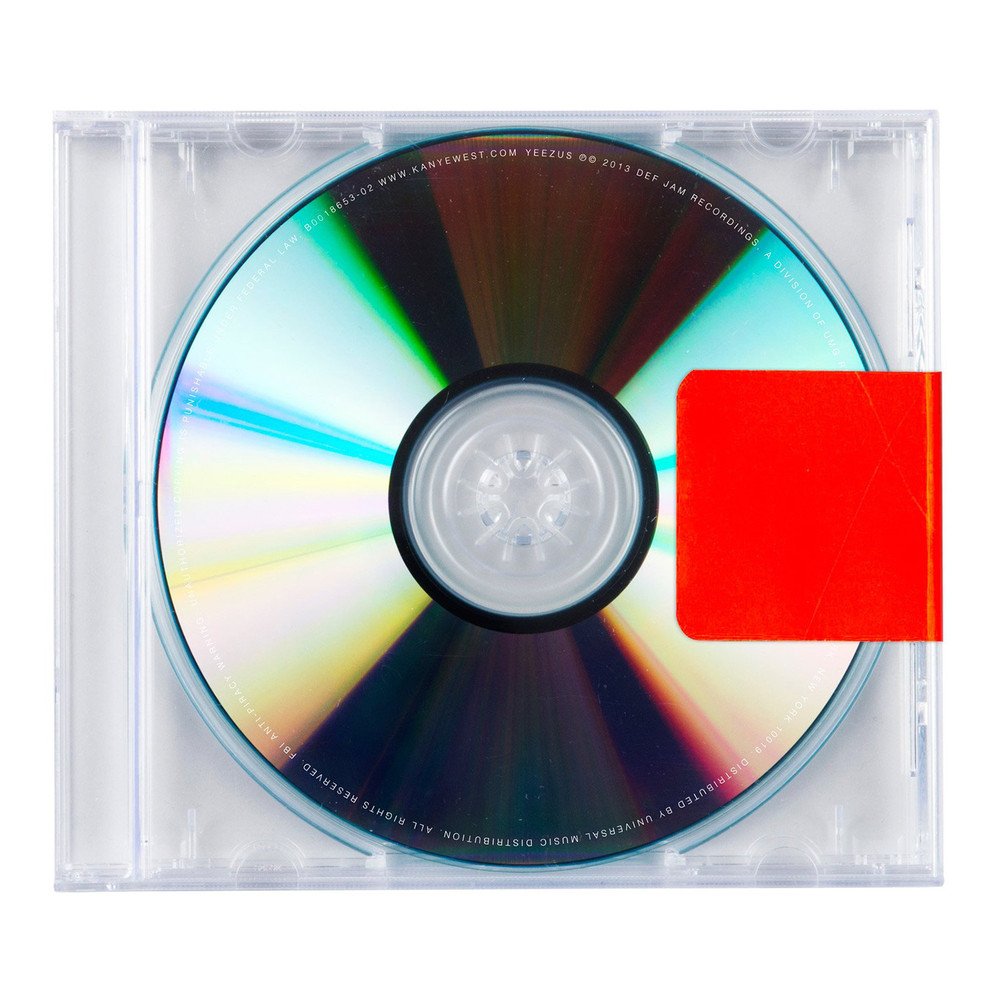 It has been incredibly difficult to review Kanye West’s work without reviewing Kanye West the person these last few weeks. Never has a man made it so easy to hate him but West has a knack for it. Every week of Yeezy Season, a new tweet would emerge, a new ludicrous statement to digest and a new pack of excuses to unload.

I have no doubt in my mind that most celebrities are absolute arseholes but they have a press team there to feed them lines. Kanye has the password to his Twitter account and he’s not afraid to display straight-up prickish behaviour. And that’s exactly what Yeezus is. It’s the musical admission that yes, he’s a bit of a prick but he’s a talented prick at that so you better sit down and listen.

Yeezus came at a time at a time when The Kanye Machine went into overdrive (up until recent events, that is). Released three days after the birth of his and Kim Kardashian’s daughter North West in 2013, West was in full Keeping Up With The Kardashians mode and it was easy to hate him. Man, it is so easy to hate him. You wonder how people find the energy to keep on hating him but like a can of Red Bull in the midst of an all-night study session, he gives you the swift kick up the arse that you need. There are so few artists that you have to defend as much as Kanye West. People hate his arrogance. While other artists are described as confident or brazen, West is arrogant. He’s cocky. He’s delusional. He’s a goddamn pain in the ass. And Yeezus is an education as to why we call him one thing and a white, male performer another.

Yeezus is a labyrinth of celebrity, black identity, Kanye’s version of black identity, racial stereotypes and, of course, his love for Kim; the only person he follows on Twitter, the only person he loves more than himself. This is probably his most inaccessible album so far, veering away from rap made for radio like ‘Gold Digger’ and ‘Stronger’, instead opting for a more industrial/post-punk sound, even flirting with Marilyn Manson’s ‘Beautiful People’ on ‘Black Skinhead’ . It kicks off with the snarling ‘On Sight’, a jarring departure from My Beautiful Dark Twisted Fantasy and Cruel Summer, taking notes from the lords of noise, Death Grips. He’s here to offend and he’s here to make a ruckus.

As he sings “You see it’s leaders and it’s followers / But I’d rather be a dick than a swallower” on ‘New Slaves’, that’s his full declaration that he knows he’s a dick but he’d rather go against the grain rather than be the same as everybody else. For some people, Yeezus is probably the first time that they’ve heard of the different levels to racism, in that – surprise! – it’s not as simple as black or white. Here he investigates the racism that he, a successful black man, suffers in comparison to what his mother would have experienced when she was growing up: “You see it’s broke nigga racism / That’s that ‘Don’t touch anything in the store’ / And it’s rich nigga racism / That’s that ‘Come in, please buy more’.”

As a multi-millionaire (or a man in $53 million worth of personal debt, if recent tweets are to be believed), his perspective on racism is quite specific. However, as awards season and previous winners of the Grammy for Best Rap album prove (HEYA MACKLEMORE/EMINEM), in a whitewashed industry, someone needs to call it out. Referring to “blood on the leaves” on ‘New Slaves’, a lyric from ‘Strange Fruit’, a song about racism and the lynching of African Americans in the 1930s, and again on the track ‘Blood on the Leaves’, he displays the deep roots of racism in America. From the bottom to the top, it’s there and he’s bringing a hushed conversation to the mainstream. Over the weekend, SNL’s skit ‘The Day Beyoncé Turned Black’ mocked how some white people were shocked and appalled that Beyoncé would own her blackness in her new video for ‘Formation’. Kanye has loved and owned his blackness since day one, albeit, not always as graceful as Beyoncé. ‘Black Skinhead’ is his ‘Formation’, his anthem; a chief declaration of loving his blackness.

In Buzzfeed’s In Defence Of Kanye’s Vanity: The Politics Of Black Self-Love, writer Heben Nigatu perfectly sums up why we shouldn’t simply dismiss Kanye as “crazy”.  She says that with ’I Am a God’, Kanye is in on the joke. The line “I am a god / So hurry up with my damn massage / In a French-ass restaurant / Hurry up with my damn croissants” could only come from a man who knows how he’s perceived, or a man who knows how to deliver to the meme generation. With lines like “I be speakin’ Swaghili” from ‘I’m in It’ and the now iconic if bizarre video for ‘Bound 2’, his love song for Kim, Yeezus is a truly quotable album and generated a lot of lols and a lot of content.  Hell, one year after the release of Yeezus, Lily Allen released Sheezus, a direct nod to the furore surrounding his sixth album.

Kanye is, in equal parts, a talking point and an endless source of frustration. Every album he releases brings a fresh avalanche of thinkpieces on our problematic rap star but, thankfully, with Yeezus, he delivered. Ever the perfectionist, Kanye spent a year producing Yeezus but two days before the album was meant to be complete, he was recording new vocals, rewriting songs and changing the track listing. It was built, torn down and rebuilt and the end result was a thoughtful, provocative and experimental album. If only he could apply the same control when it came to his tweets.

Louise Bruton is a freelance journo, a popculture addict and a 90s music aficionado. Don't slag pop music near unless you are ready to fight.

Can a Feminist Wear Makeup?