BTS are back once again to reclaim their title of the “most relevant pop band in the world,” with their third and final instalment of the Love Yourself series, Answer. Released on August 24th with a mountain of expectations, the seven new tracks on the album have provided a very different sound that is expected of the Korean pop band.

The Love Yourself series has been in the making for about two and a half years, and it shows; a lot of work, detailing and heart went into these albums. The culmination of their labor is prevalent in this latest release where the boys come to terms with various aspects of fame, love, and life in general.

The septet, that includes Jungkook, V, Jimin, RM, j-hope, Suga, and Jin, have worked together to create an album that doesn’t only satisfy their fans, but also newcomers that happen to stumble upon their newest single.

Love Yourself: Answer is, well the answer, to everything the band was trying to convey with this series. The songs and their melodies reflect this, bringing a rather new sound to the band’s typically rap heavy songs.

It’s interesting to see them grow into this style, take their title track IDOL for example.

The song has heavy Afro-Latin beats that are complimented with autotuned vocals and a repeating saxophone riff that loops the background. IDOL is an immediate earworm, serving up not only visuals in the referenced laced music video, but also a beat and rhythm that’ll instantly capture the hearts and ears of the general public.

The only song that could almost surpass it is the remix featuring Nicki Minaj. Minaj’s verse adds an extra layer of energy to an already vigorous song, there’s no doubt that IDOL, both the original and the remix, will do extraordinarily well on the charts – much to the jubilation of BTS fans everywhere.

As for the rest of the album, the songs vary as you listen to each track. Alongside older songs from previous releases, the album also has new songs from individual members as well as songs from all seven of the guys as a collective.

Starting off the album is Euphoria, a solo EDM track that is unbelievably catchy. The song weaved with flowing vocals, make the melody even more memorable. The delivery and emotion of the song make for a delightful listen. On your first spin, you’ll fall in love with the vocals and the cascading melodies of the beat – it truly is the perfect way to start off the album.

Next, we have the three solos from the band’s rap line – each song very different, yet very ingenious and in line with the album’s theme. Just Dance, Love, and Seesaw are perhaps the strongest songs on the album, aside from IDOL.

Just Dance, a slick and sensual dance track that compares one’s love of dancing to falling in love for the first time. The chorus, largely dubstep inspired, adds a nice touch to a brilliant song. It will almost certainly become a fan favourite.

Love is quite a nice tune. The song gives you an R&B vibe, with high hats and snares that enhance the already incredibly pleasant bass-line. With catchy piano riffs and smooth backing vocals, the song will definitely be on repeat for a few days. 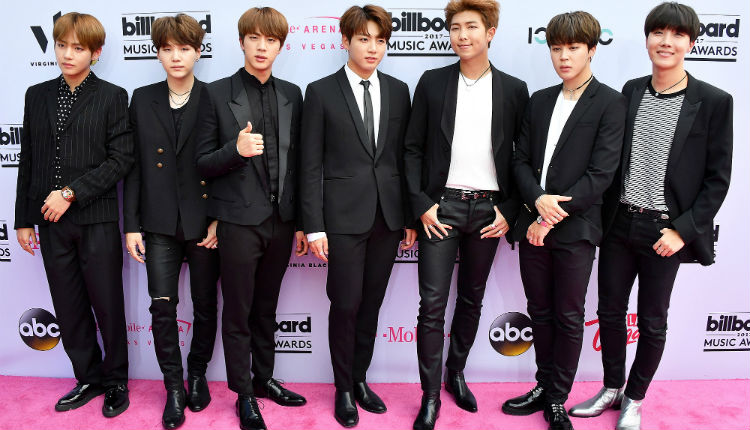 Seesaw is a groovy tune that explains the complications of being in a toxic relationship. The thumping bass-line, the light guitar riffs, soothing vocals, and rather melancholic lyrics gives the song an unbelievably “earworm-ish” quality that’ll have you thinking about it for days.

I’m Fine and Answer: Love Myself are companion pieces, almost; both sound very different but essentially have the same meaning.

I’m Fine, a song about being content with who you are and Answer Love Myself, a track about loving who you are, are polar opposites musically but still get the same message across. Taking inspiration from their 2016 release Save Me, I’m Fine has a heavy dance beat that builds slowly and picks up gradually. Answer: Love Myself is a soft pop-rock ballad, with crisp vocals, and an acoustic guitar that invades your eardrums, both of these tracks probably won’t get as many streams on the album, but it doesn’t mean they should be overlooked.

Last but not least, we have Epiphany, a beautifully written ballad about the album’s theme – loving yourself. Sang with great gusto and heartbreaking feeling, Epiphany will stir things up in you that you never knew existed. This song proves that BTS isn’t a novelty, they can and will appease every audience they have, whether it be the Korean side or the International one

BTS are unabashedly Korean, they’re proud of their heritage. The fact that they’re willing and able to share their culture for the rest of the world to see, is a testament to their global star power.

That is what this album is about.

At the end of the day, their previous album, Love Yourself: Tear could be considered the better release but that’s to be expected. It was a full album, Answer is a reissue, of sorts, therefore the songs may have not fit together as well as its predecessor. However, with the new songs that the band gave to us, they have comfortably stepped out of the “idol” cliché and turned it into something uniquely theirs – a hybrid, if you will.

If the lyrics to their title track are any indication, the band is warmly settling into their new title, rightly bestowed, title – the reigning kings of Korean pop.

Alexzandria is a college junior who has an unhealthy obsession with classic films. She believes in order for a movie to be a true 'classic', it has to have been released before the year 1980. Residing in Miami, Florida, she spends most of her time listening to John Mayer, supporting Everton, and converting coffee drinkers into tea lovers. Tweets @alexwindley

Poem Of The Week | Teleology by Aaron Lembo

Album Review | Barren Womb Take Us To The Lizard Lounge

Album Review | Let’s All Get Nervous With Kevin Nolan