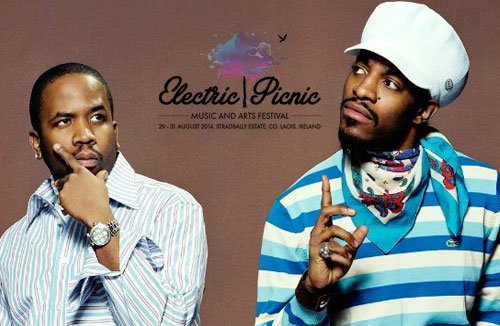 What’s cooler than being cool?

My dad was very proud of the fact that he had the inside track on what the 2000 Creamfields festival was all about. ‘I’m telling you,’ he said gravely, ‘they’re not bands, they’re guys with big radios… no instruments at all, they don’t even sing… did you ever hear the like?’ The poor man, there was no explaining the concept to him.

Anyhow, we didn’t care and a resident’s pass to any gig is not to be sneezed at. So we soon found ourselves in the midst of the girls in yeti boots and angel wings, boys in white boiler suits, and everyone peeping whistles and roaring ‘tuuuune’. Now, I was only a couple of years out of my dance music phase at this stage myself so we wandered around from tent to tent and I waited for nostalgia to take over and make me want to grab a glowstick and tell some sweaty young lad that we’d be mates forever but it didn’t happen. The smells, the heat, the thumping bass that hit me right in the solar plexus was all too much. The time might have been now for Moloko who was putting on a good show in the 2FM Stage, but the time had definitely passed for me. Back in my day it was less Club Culture and more make-shift raves under half-built motorway bridges where, as Jarvis so aptly put it, ‘at four o’clock the normal world seemed very, very, very far away…’

Luckily we went again the following year as in the midst of the suspect smells and crashing beats, 2001 threw out a couple of gems – that made use of instruments and even had lyrics. One of these was the sublimely talented Beck and the other was Outkast.

I knew a little about Outkast, mostly because their ‘Sorry Miss Jackson’ was a massive MTV hit at that time with a pretty cool video with various animals, and an owl, all nodding to the beat. But I was still not expecting to be so entertained during their set. An American Hip-Hop duo, made up of Andre 3000 and Anton ‘Big Boi’ Patton; they originally met in high school in Atlanta. They went on to be taken under the wing of Hip-Hop production outfit Organized Noise and things really started to take off for them when they were signed with LA Reid & Le Face records a number of years and some very hard graft later.

By the time we saw them in 2001, they were on their fourth studio album Stankonia on which they’d attempted to blend a number of music genres including drum and bass, gospel and funk, and despite the fact that their better known tracks ‘Hey ya’ or ‘Roses’ didn’t come out until some years later, these boys had it down. They were joined on stage by a huge crew and a myriad of backing vocalists and dancers – several of which were dressed as American football players and we were entertained for every second of their hour long set. Even then their lyrics were genius – Miss Jackson was penned as they both had ‘baby mama drama’ at the same time and contains the lines ‘you can plan a pretty picnic but you can’t predict the weather’ – something maybe to remember when packing for what is now generally known as the hottest ticket in town…

Actually I’ve never been to Electric Picnic for a variety reasons and yet again this year, the timing doesn’t suit. But the fact that these guys are on the bill makes me really feel like lugging my nine month pregnant ass down to Stradbally and making someone carry me to a camping chair in front of the main stage. It would be worth the risk of my very own baby mama drama to see yet again their absolute innovation, genius flow and dogged determination that guarantees they’ll bring something different and even more entertaining to the table this time.

After we saw them in 2001 they went from strength to strength and their anthem ‘Hey Ya’ feels like it came out only yesterday as opposed to being on their 2003 double album Speakerboxx/The Love Below.. They’ve actually been on hiatus since 2007 and it is Electric Picnic’s gain that they decided to reunite this year to celebrate their 20th anniversary with a round world tour of 40 different festivals.

And watching them close Coachella’s Main Stage earlier this year, its clear that like their music the Outkast lads haven’t aged a day in the 13 years since they first rescued me from the ‘lads with giant radios’. Andre 3000’s stage presence is even more energetic and his outfits even more outlandishly eclectic. I’ve heard that when he first started wearing these fantastical costumes the other boys in Organized Noise were a tad uneasy… Was he gay? What was going on? But no, he’s just not afraid to be himself and to express himself both lyrically and visually in whatever way he wants.

And that’s way cooler than being cool…

Margaret Scott is an accountant who has also written two best selling books for Poolbeg - Between You and Me, and The Fallout. She lives in Kildare with her three children- Isabelle, Emily and Mikey - a lot of pets and a long suffering husband who does everything. She is currently working on her third book.

Computer Love | The Freedom of the Internet for Musicians