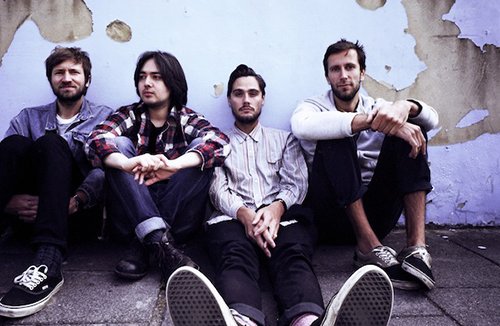 London based Cheatahs will be making the short hop across the water to join us this Wednesday in The Workman’s Club as part of their Autumn 2014 tour. The band, who only well and truly cemented themselves together in the name of music in 2010, have released their first and eponymous album on legendary Wichita Recordings this year.

Hitting a sweet spot between punk and shoegaze, as well as many flattering comparisons made to guitar rock of decades past; it’s difficult to not get excited for their imminent Dublin date. Ahead of Wednesday, I was able to grab a quick chat with some of the lads.

What makes Cheatahs feel at home while on tour? What do you look forward to most about the end of a tour?

Friendly promoters and venue staff make a huge difference while on tour. Nothing beats coming into a new city and meeting nice welcoming people. [At [At the] of tour it really is the simple things that you end up missing most. Other than getting to see my wife I really enjoy cooking and just not having to be anywhere at a certain time. For a few days anyways…

Being a band with international roots, do you feel like you are a ‘London’ band? Do you feel your dynamics or music would change if you were based elsewhere?

Yeah, I guess so. That’s where we all met and still live. If we lived somewhere else it would obviously be different (rent prices,weather etc) but it’s hard to say if the music would be affected.

What have been some non-musical influences for your work (if any)?

I think it’s kind of hard to know exactly what influences you directly (outside of music) but we like to read and go to exhibitions, so I’m sure that stuff creeps in. James and I have been blasting through the Hemingway canon recently.

Doing your own production work on the album, does it make you super critical of your own work? Are you grateful for the opportunity to self-produce? How has it changed your relationship with your work?

Yeah, we are definitely our harshest critics. All of our songs have to get a yea or nay from all four of us before they make the cut. A lot of times you think you’re onto something good and one person pipes up and disagrees and then it’s finding a way through it. It’s the only way we know how to work right now.

I think in future it would be interesting to get someone else involved in producing, just to mix it up a little but right now we’re pretty happy being in control of everything.

You’ve previously spoken about how your live set had a huge impact on decisions you made while producing your album. What is it that a live set captures, for you, that doesn’t come out on a more ‘formal’ recording?

I think you know right away if a song is working or not when you play it in front of people. Not necessarily from their immediate reaction, more from inside yourself when you get this anxious feeling of: ‘Oh my god this song is not working and everyone can see it’s not working’. Anxiety levels are usually spiking at this point and that’s when you know it’s not working. On the other hand, when a song works and you get to play it live it’s like flying or whatever. It’s the best. 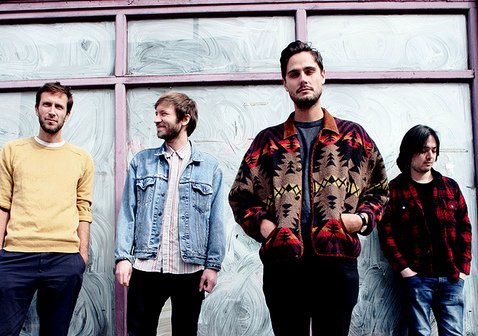 Cheatahs is still a relatively young band with lots of milestones to look forward to. What are your hopes for your music and what are the things you need to remind yourselves of, to keep going with music?

I guess we’re just happy to be able to keep doing this, keep writing better songs and playing better shows. We know we are really fortunate to be able to play to people around the world and it’s important to realise it won’t last forever and to have fun doing it now.

When you’re not making music what do you get up to for fun?

We’re giving away two tickets to see Cheatahs play The Workman’s Club this Wednesday the 26/11. For a chance to win the pair check out the HeadStuff Twitter and Facebook pages. Winners will be announced on Tuesday evening, good luck!

Tittererer’s Digest #3 (feat. What We Do In The Shadows)

The Five Stages of Reading a Very Long Novel

Album Review | Moon and Bike Deliver The Ambient One