One Track Minded | ‘Fairytale of New York’ is a timeless classic

In One Track Minded, we pick a select cut from a chosen act and delve beneath the surface. ‘Tis the season, so this week Mark Conroy talks all about the seasonal magnum opus, ‘Fairytale of New York’ by The Pogues and Kirsty MacColl.

We’ve all been there. It’s the twenty-somethingth of December and the panic starts to kick in. Standing zombie-like in the backend of your local Dealz, you give a vacant but bemused stare at the DVD rack as if it’s the monolith and you’re one of those perplexed, prehistoric, primates at the opening of 2001: A Space Odyssey. The cheap, puke-yellow, fluorescent lighting — designed to inebriate us into unfeeling, consumerist husks — pierces your very soul and magnifies your hangover by a thousand. You try to convince yourself that the first half of Downton Abbey’s second season is the perfect gift for that sibling/parent because you think you remember a passing remark they made about Maggie Smith which you now hope to god was complementary. Also and perhaps more importantly, it might just appear cultured enough to hide the fact that your budget barely exceeded the double digits in euros. Blaring out of the speakers are the usual suspects i.e. the Mariah Careys, the Whams, the Stevens’s who enjoy Shakin; those who give us the plastic pop tunes which exist solely as auditory signifiers, consistently reminding us that this is, contrary to what you see around you, “the most wonderful time of the year” and as such, we should be buying stuff or else Jesus will be sad.

Then the next song comes on. The sweet-sounding opening bars emanating from a piano are soon contrasted by Shane MacGowan’s rum-soaked but immortal first few words: “It was Christmas Eve, babe/In the drunk tank”. You can’t help but let out a wry smirk. Every year, the harsh, wintry verisimilitude of this song offers a vital respite to the saccharine, contrived merriment of the XMAS FM environment that now surrounds it. No matter how old it is, ‘Fairytale of New York’ still feels like some sort of ironically jaunty sounding agent provocateur. How did this fairly bleak ballad about a doomed, alcohol-fuelled romance between two Irish  ex-pats go on to not only become a staple of the festive period but also, unquestionably and objectively, the greatest Christmas song of our time?  That question can be answered with one, very simple truth. It is the only ‘seasonal favourite’ that—through drunken recitation—will allow you to call your closest friend “a scumbag”, “maggot” and “cheap lousy faggot” without enduring the social indignation you probably deserve.

‘Fairytale of New York’ also owes its unprecedented resonance to its crossover appeal. Here’s a song that is equally beloved by both your hard-bitten humbuggers and the kind of people who actually choose to wear a Christmas jumper to work. For all the hardened edge found in the lyrics, the Celtic mysticism of the track’s uplifting trad-pop is what gives it its universal charm. It’s like the musical embodiment of the Irish emigrant experience of the 1980s: tinged with a heart-breaking sadness, while still managing to exude a haplessly romantic if naïve sense of optimism. This is why that Ronan Keating cover version that you had mentally repressed successfully until just now was never going to work. Out of his clean cut mouth with the majority of its teeth intact, the words lose any of their bite. If Donald Trump opened a speech with the lyrics to Kendrick Lamar’s unifying anthem ‘Alright’, you’d find more self-awareness.

Given the song’s ever consistent popularity, it might be hard to believe that it has a surprisingly troubled past and difficult, two year development. For all the pitiless realism on display here, ‘Fairytale of New York’ was still conceived with the express purpose of becoming a yule tide hit. As the legend goes, MacGowan made a wager in 1985 with then producer Elvis Costello that the band would be able to produce something that could compete for the Christmas No. 1 spot. There were, however, a number of setbacks. The lyrics were originally meant to detail a sailor looking out at the sea, but that was soon scrapped and even when it was decided to be about a bickering couple on Christmas Eve, the majority of the words were scribed by a MacGowan riddled with double pneumonia (which he maintains inspired him). Early, fairly clunky versions, featured bassist Cait O’ Riordan playing the female part but it wasn’t working. The song was put to the side and after the unceremonious departure of the romantically involved Costello and O’Riordan, it looked like a permanent stay on the shelf was in the prospects. 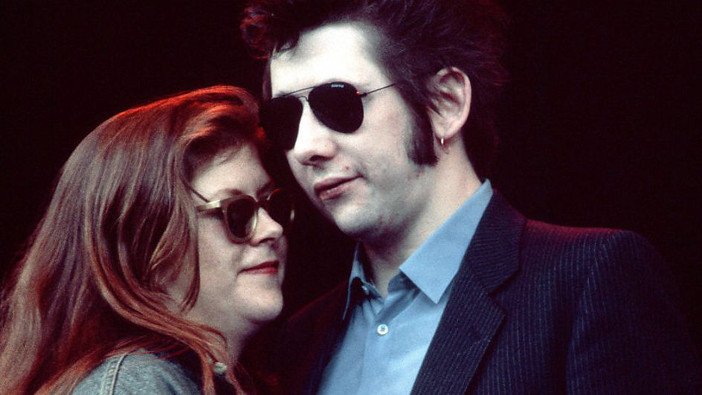 It was only with the inclusion of late vocalist Kirsty McColl did things begin to really take shape. She was the only one who could ever really prove to be more than a match for MacGowan’s drunken cruelty and baseness. In their fiery call and response, the youthful ambitions of the now aged couple have drowned in a sea of cheap whiskey and class-A drugs. MaGowan has since compared the song to a “double aria” where “it’s what the woman does that really matters. The man lies, the woman tells the truth”. The Pogues doing opera may sound like the next high concept production to fail on Broadway but it works a lot better than it should. Even with all the deplorable, truly venomous speech on display here (“slut on junk”), it is McColl’s simple but bitter retort to MacGowan claiming he could have been someone that still cuts to the core the most.

There are but two certainties in this world. The first being the inevitability of our own mortality and the second being the guaranteed, yearly inundation of the same 20 or so radio-ready Christmas ‘classics’ (though that first one certainty does make the second one slightly more tolerable). Even in a post-apocalyptic Mad Max wasteland, Paul McCartney would, somewhere and somehow, still be inducing ear-bleeding with his “wonderful Christmas time” when December comes around. So  next year, when the last minute stress forces me naively believe that “Game of Scones”  is an ideal present  for that someone who’s a marginal fan of a certain beloved fantasy series, I can take solace in the fact that there’s at least one song that knows what Christmas is really about.

Mark Conroy is a writer for HeadStuff who mostly covers matters involving music, film and anything in between. He has a degree in English with History in UCD and is currently studying for a Masters in Journalism at Dublin College University.

One Track Minded | Inside The Head Of Bela Lugosi’s Dead

One Track Minded | MUNKY – ‘One in Five’