This song is a cover of the Kylie song “Come Into My World”. Cave Ghosts have this to say about it “We wanted to completely reimagine the original song and create a visual accompaniment in the form of a music video. We desired a more lush sound to our previous recordings and achieved this by layering dozens of vocal harmonies, organ beats, synth and Twin Peaks-esque guitar.”

The song was recorded and mixed by Alan Healy
For the visuals they took inspiration from the surrealist imagery in the 1970 Czech movie ‘Valerie and Her Week of Wonders’ and layered it with natural and graphic elements to create a dream-like aesthetic.

Cave Ghosts were brought together by a mutual love of Brian Wilson, 60s girl groups and cats. Named after their haunted practice space, Cave Ghosts formed in 2012 and contain members of Hooray for Humans, Yeh Deadlies and HUNK! Jen, Aoife and Sundara draw inspiration from the likes of Phil Spector, The Shangri-Las and Beach Boys, they play reverb soaked pop with dreamy female harmonies, fuzzed-out organ, jangly guitars and pounding drums described by Hotpress as “Sweet, sun-soaked and swoonworthy.”

Their home-recorded 3 track demo was met with glowing reviews from Nialler9, Hotpress and State Magazine. This led to a string of shows with major acts including Le Galaxie, PINS (U.K.), September Girls, Tieranniesaur and Choice Prize nominees O Emperor.

This was followed by the release of “Community Games” on Popical Island Records with No Monster Club, Grand Pocket Orchestra and Ginnels. The limited edition vinyls featured 10 different covers and sold out within a few days with The Point of Everything choosing Cave Ghosts songs as “..the strongest in the collection. I actually go weak at the knees listening to ‘Hideaway’, and that’s when I’m sitting down. I don’t know what I’ll be like if I get to hear it live.”

Next, they released the live EP “K9 Sessions” in conjunction with Phantom FM and consequently they were approached by Dutch Label Candy Twist Records to release “Mistakes” on the compilation “Nobody’s Business”. The song was named by The Journalist as their ‘Number 1 song they will still be listening to in 10 years’.

With their songs receiving regular airplay on TV and radio, stand-out performances at Hard Working Class Heroes and Entertainment.ie’s “The Erics”, and a debut album set to be released later this year, Cave Ghosts are a band to look out for in 2014. 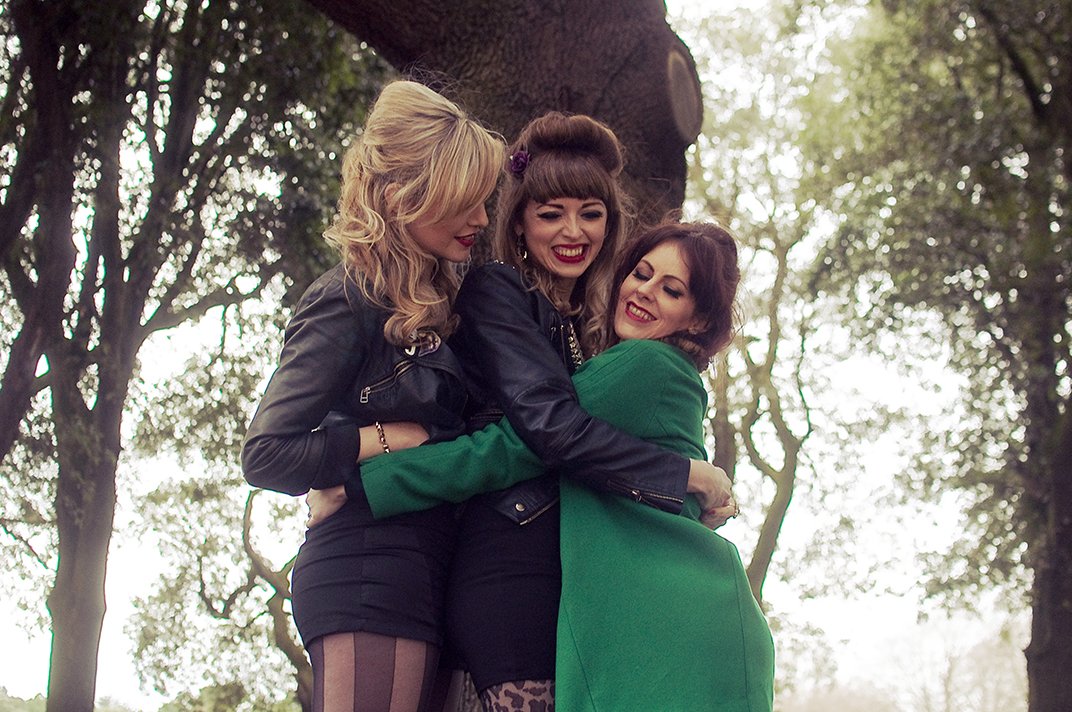 A Day for HYSTERIA

Album Review | The Eclectic Sounds of The Jacknife Lee

EP Review | Patricia Lalor Does It Again With Do It Again