Brexit, Ireland and Art: The Musical Heritage of a Nation is Under Threat

The word Brexit has invaded our minds over the last year now, we do not know the outcome as of yet, but we can look at the affect it may have on certain parts of society, specifically the music industry.

The Great British idea of patriotism has slit the artistic throat from which it once thrived upon, now drowning in the celebration of independence are the unique and diverse sounds which have inspired generations of musicians.

The proud Brexiteers who marched to the polling stations may not have given the proper forethought of how outside influences have affected their greatest musical exports. 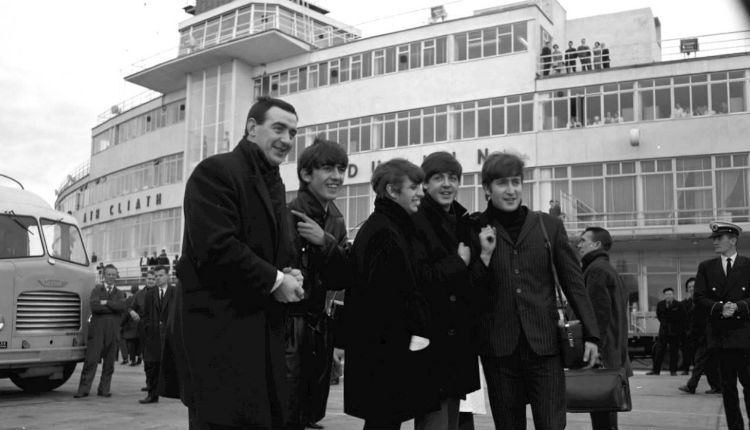 To get a sense of how the future for Great Britain may pan out, we can look to the past and see how open borders allowed a wealth of talent, unknown at the time, to enter the country.

Nobody can tell us for sure, without using words such as ‘hard’ or ‘soft’, what Brexit means, in other words these are uncharted political territories when uncertainty and fear rules the newspaper headlines.

If we look directly into the heart of the British music industry, we can clearly see the diversity of cultures which have resulted in some of the greatest sounds of the twentieth century.

For generations people have left Ireland to seek better opportunities for themselves and their children, it is those children who contributed to all things British over the last one hundred years.

The following will you give you an idea of the impact of immigration, food for thought in the current climate.

John Lydon, the voice or sometimes mouthpiece of British punk, fronted the Sex Pistols under the name Johnny Rotten. Lydon was born to Irish emigrant parents, his father from Galway, his mother from Cork where he spent most of his formative years – he still holds an Irish passport. There is the queen of Punk, the late Poly Styrene, the X-Ray Spex front-woman was born Marianne Joan Elliott-Said to an Irish mother and Somalian father.

Then there is the most popular band of all, The Beatles, George Harrison born to an Irish mother Louise French who’s parents came from Corah, County Wexford. Paul McCartney’s grandparents on his mothers side were from Tullynamalrow, County Monaghan. Paul’s love for Ireland surfaced on Wings’ debut single ‘Give Ireland Back To The Irish‘ which was banned in the UK.

In 1967, John Lennon purchased Dornish Island, a getaway from the spotlight off the coast of Clew Bay, County Mayo. After his death in 1980, Yoko Ono sold the island donating the proceeds to an Irish Orphanage. Lennon’s choice of Ireland is perhaps down to the fact his father’s family originate from County Down.

Led Zeppelin have Irish connections too. Jimmy Page, the ‘hammer of the gods’ mother Patricia Gaffikin was born to Irish emigrant parents.

The sixties were a hive of bands coming directly from Irish patronage, the Brothers Gibb aka The Bee Gees have a connection through their father Hugh who is of Irish descent.

So to is Animals vocalist Eric Burdon, born to an English father and Irish mother Rene. The formula behind The Kinks, Ray and Dave Davies have an Irish grandmother on their father’s side.

The Thin White Duke, David Bowie was as cockney as they come, but the late chameleon of rock’s mother, Mary (Peggy) Burns was the daughter of Irish emigrants. 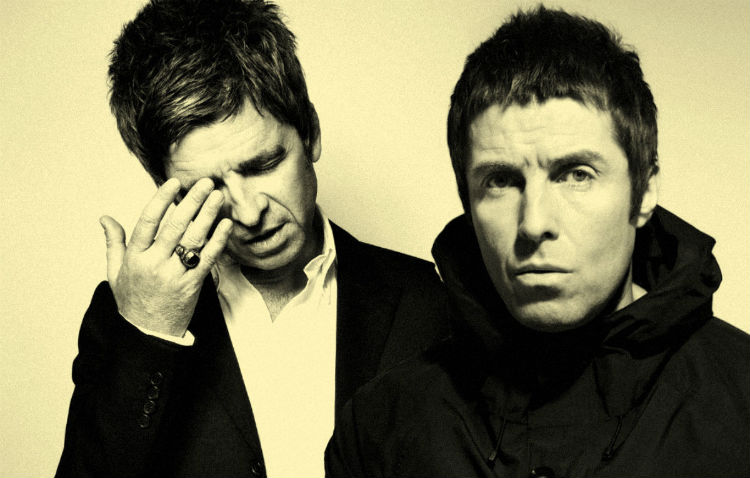 The nineties Brit-Pop poster boys, Noel and Liam Gallagher were celebrated as all things British, however, the boys’ parents are both Irish, their father from Duleek, County Meath, their mother from Mayo, both parents emigrated to Manchester in the 1970’s. The fact that the Gallagher’s background is so well known may have led Damon Albarn to announce from the stage at Electric Picnic in 2015 that he was “eleven percent Irish”.

The music of Manchester has many links to Ireland. Take The Smiths; Morrissey’s family hail from Crumlin, Morrissey is also a cousin of former soccer player Robbie Keane. Johnny Marr has roots in Athy, County Kildare, while both Mike Joyce and Andy Rourke both have a parent from Ireland.

Other eighties giants of British music such as Boy George, born George Alan O’Dowd to Irish parents from Tipperary, a well known fact after his appearance on Who Do You Think You Are? traced his Irish roots. What would the musical landscape of the eighties charts look like without ‘Come On Eileen’ Dexy’s Midnight Runners frontman Kevin Rowland’s parents emigrated to Britain from Mayo.

Elvis Costello, born Declan McManus, his entertainer father, the late Ross McManus is of course of Irish descent, his parents Mabel and Pat crossed the water almost one hundred years ago.

There are also a lot of ladies who became household names, Dusty Springfield, born with the most Irish name of Mary Isobel Catherine Bernadette O’Brien, to Catherine O’Brien of Tralee. Another enigmatic woman is ‘Wuthering Heights’ singer Kate Bush, her mother Hannah Daly is from County Waterford. It’s worth hearing Kate’s beautiful version of ‘Mná na hÉireann’ from the 1996 album Common Ground.

Mike Oldfield, who is responsible for classic albums such as Tubular Bells, was born to an Irish mother, Maureen Liston.

Another composer John Barry, the man behind the James Bond movie themes, was born John Barry Prendergast, to an English mother and Irish father Jack Predergast of Cork.

If we take away those genes from the pool of British music we would have No Beatles, No Led Zeppelin, No David Bowie and No Sex Pistols.

This is obviously not just relevant to Ireland where talent is inherited through emigration. Freddie Mercury was born Farrokh Bulsara in Tanzania, and spent the first years of his life growing up there, while George Michael born Georgios Kyriacos Panayiotou the son of a Greek Cypriot.

There was also the influx of people from Jamaica, when Britain needed overseas aid to rebuild following the Second World War, people flocked and stayed. With them came the arrival of Ska music which influenced generations of Mods and punks and Ska bands such as The Specials.

When you consider all this it builds a perfect picture with regard to the benefits of open borders, free movement and radical ideas including acceptance of your fellow men and women regardless of where they originate from.

64 | The Pogues’ The Old Main Drag with Tony Duffin

EP Review | Bryan Away Offers Autumnal Ambience on Give In