To celebrate the Philae landing this week on AudioBlind I listened to some Science Fiction inspired albums. 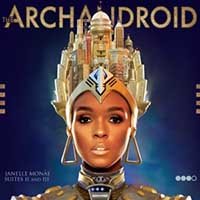 The ArchAndroid is Janelle Monáe’s debut studio album and consists of the second and third parts of her Metropolis series. The effect that Fritz Lang’s 1927 epic science fiction had on film goes without saying. Its effect on music probably minimal, until now. There is literally too much to talk about in the 200 words I give myself to write these pieces. The ArchAndroid opens with an overture. Moves into neo-soul territory. Throws in some alternative hip-hop. Journeys through sweet pop. And rockets through rockabilly. The result is one of the best produced albums I’ve ever heard. And it has to be. With so many alternative and competing sounds the album would sheer itself apart if it wasn’t. What’s keeping it together is the narrative, which explores the role of a messianic android’s attempt to free the people of Metropolis. Themes of love, the struggle for self-realisation and identity are appealing no matter what the genre or source material. The album hits every little pleasure centre in my brain. From its beats and rhythms to its choice of source material and Monáe’s saccharine voice. I refuse to believe there isn’t at least one song on this album that appeals to each and every person. If not I’m afraid you might actually be an android.

A fast, hand-slapping beat reminiscent of the best of soul. 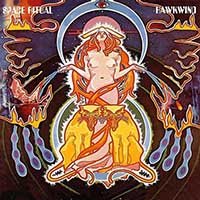 Listening to The Flaming Lips last week has given me a serious interest in space rock. And although Pink Floyd also came under the banner my job on AudioBlind is to make personal musical discoveries. And here is one of space rock’s earliest entries; Hawkwind. I’m beginning to think it’s called space rock not because of its sci-fi electronica sound or lyrics depicting the experience of space farers but because it can go on forever. The album is just shy of 87 minutes long and full of lengthy guitar solos and monotone spoken word pieces, which sounds suspiciously like a complaint. But I like Space Ritual. I like it for being so big and complicated and for the amount of time you have to dedicate to listen to it. It conveys the themes and interests of the band. Concepts of forever and the unfathomable expanses between the stars reoccur throughout. As a huge sci-fi nerd I think it reflects the golden age of science fiction writing nicely. There’s no space for hard science here. This is more of a mystical approach to the universe without it dipping into messy spiritualism. Sometimes it’s hard to tell if this album is a dystopian or utopian future. Either way I want to visit.

One of the more upbeat tracks on the album. 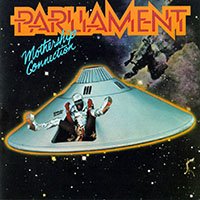 Considered a classic funk album, The Mothership Connection was borne out of the band’s wish to see ‘…black people in situations nobody ever thought they would be in, like the White House.’* The album is part of the P-Funk mythology, a group of characters, themes and ideas found on several concept albums from Parliament and Funkadelic. I still have a hard time writing about funk. It might be bad education on my part or I may have some blocked connection with the genre. Because I know this is good. I know it’s well-performed. And I know I enjoy it. There’s where the review really ends. Funk, especially when performed by Parliament, sounds kind of flawless. And it’s such a recognisable sound that it’s easy to say, ‘good funk’ or ‘bad funk’. Like any decent appropriation of a theme Parliament take the science fiction idea and build their own language into it. The result is more of a veneer of science fiction over a solid funk album. The band only glances at the theme and if I didn’t know this was meant to sound ‘science fictiony’ I wouldn’t have guessed it. It still sounds like a classic to me.

Playlist Track: Give Up The Funk

A song most people will know by pure reputation alone thanks to it’s almost paragon like status as a perfect funk song. 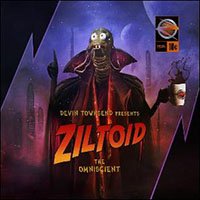 Ziltoid the Omniscient travels from the planet Ziltodia 9 to earth in search of our universe’s finest cup of coffee. Only to wage war on the planet because it is, to use Ziltoid’s own words, ‘fetid’. This is the set-up for Devin Townsend’s 10th studio album. Metal might be one of the best forms of music for telling a Ziltodian Warlord’s story. Using spoken word, melodic singing and classic metal growl Townsend does a good job of keeping the set up interesting throughout the album. The humour isn’t too heavy-handed and often the music is strong enough to stand on its own. Being objectively good metal and not just there to support the project. Especially when he is relying on a double-peddle drum for the march of the Ziltodian army. It works because metal often represents mythology. It has developed a selection of genres around mythologies like Norse and Celtic already. What’s impressive is that Townsend constructed the entire album himself. Recording every aspect of the tracks and assembling them. I confess to loving these kind of projects when bands or musicians push themselves into strange new territory. And it doesn’t always pay off. It has here. War of the Worlds or the Millennials.

The best way to experience the album is right in the middle of the attack by the Ziltodian army. 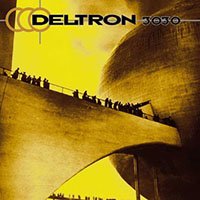 Set in the year 31st century, Deltron 3030 is an alternative hip-hop album that follows the story of Deltron Zero. A mech-soldier rebelling against the New World Order. Deltron 3030 are a supergroup made up of Dan the Automator, Del the Funky Homosapien and Kid Koala. Alternative hip-hop seems to have a real belief in the power of music to save the world. Del’s rhyming is a constant throughout the album. He must be one of the most complex voices in hip-hop. Putting together long strings of lines rather than relying on a catchy chorus. His voice is clear and concise and choice of material strong. Dan’s arrangements keep the album’s sound firmly lodged in the realm of sci-fi. There’s an excellent balance between the music and the lyrics. Where Janelle Monáe’s ArchAndroid is marked by sudden gear shifts, Deltron 3030 is noteworthy for how consistent and solid it is. If I heard one of these tracks out of context I would have no problem placing it. The album is very well realised. A complete world supported and created by Dan the Automator and explored with through Del. If I was trying to convince somebody to get into alternative hip-hop I wouldn’t start here but I would tell you it’s a necessary stop on your journey.

A slightly lengthy track that will perfectly set you up for the rest of the album. 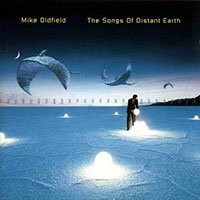 Mike Oldfield’s 16th studio album is based on the Arthur C. Clarke book of the same name. Out of all the albums this week it’s been the most typical. What I expected to find at some point. Sounding more like the soundtrack for an incomplete film. I’m sure this appeals to someone. Maybe those that have the strange habit of collecting film soundtracks. I was delighted to hear a Theremin. The most essential instrument in all of sci-fi noise making. The album does have an ethereal and otherworldly feel. Often just on the cusp of sounding more mystical than sci-fi because of the use of native American voices and chants. There’s good use of a sample from Apollo 8 on Let There Be Light* and obviously Mike Oldfield is an excellent musician and composer. For me the album doesn’t do a lot on its own. For a lover of the book it might hold more weight. At best it’s a very pretty soundscape.

*The video for which you must now immediately watch!

Playlist Track: Let There Be Light 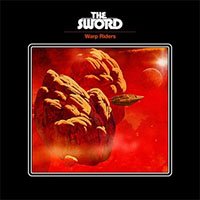 This sci-fi inspired mix of heavy and doom metal is the 3rd studio album from The Sword. Warp Riders has an incredibly straightforward narrative that the album is built around. In fact, each song is literally the next chapter in a story. Other albums tend to dip in and out of the narrative throughout, where every song has a relationship to the theme but might not necessarily be in order. The Swords’ approach gives the album a strong and constant pace. Like any good story it tries to keep you engaged the entire time. The album is full of speedy metal guitar and pounding drums. When it comes down to the sci-fi aspects it’s the doom that veneers the lyrics. Metal’s almost genetic interest in mysticism translated to a sci-fi setting. Talk of witches and arcane science, which didn’t put me off but did make me wary of the album. The result was I found it hard to really get behind. It’s well performed, if not a little repetitive, but I was still waiting for the concept to really shine through. Essentially the album could have been about anything quasi-mystical and it only takes a glancing blow at a sci-fi sound. Good but not very brave.

Playlist Track: (The Night The Sky Cried) Tear Of Fire

The final track has some excellent guitar and probably the most interesting piece of the album’s narrative.

The Showreel 3 [feat. Mad Max: Fury Road and much more]