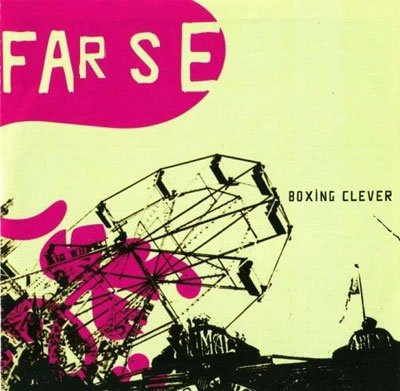 This might be too familiar territory to me. I know well what Ska Revival sounds like. Saying that, I’d never even heard of Farse until they showed up in a DJ set list by Hip-Hop and Spoken Word artist Scroobius Pip. From the opening track everything about the album screams pumping Third Wave Ska Revival. There are a lot of little sounds and samples I’m still trying to place. The bells and whistles of Ska and Punk. Everything works though. No element over powers the rest. The warped hip-hop sound of a vinyl record on Eggs Is Eggs seems perfectly content next to the screaming American Hardcore style breakdowns of vocalist Ollie. Whose lyrics I had a hard time picking out, for no other reason than my ears are not tuned in to his quick fire style. There were times when I found myself actually waiting for the trumpet to butt in. Instead I got rapid guitar riffs which propelled me over the bridges. According to one account Hopskotch got a lot of play time on P-Rock, a now defunct digital music station. I can see why. Everything jumps. There’s no doubt that this album will find its way into my regular rotation.

Fast as light Ska track that reminds me of everything good about the genre. 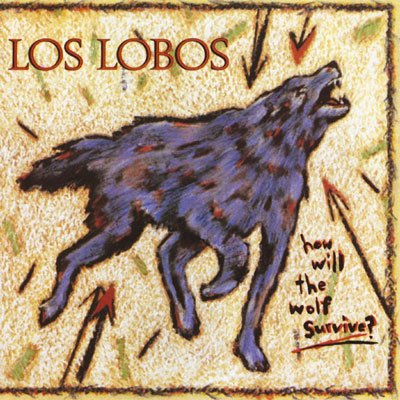 I came to Los Lobos through Farse and the phrase genre Cowpunk. Although I feel they’re a very distant relative. I won’t lie. I want to like Los Lobos. I really do. And they’ve clearly had a prodigious career. But there is nothing here for me. The whole album is so gentle that it almost disappears into the ether. I found it hard to pay attention to it. Often having to replay songs because I lost focus half way through. This says a lot more about me and my attention span I think. Luckily there is lots of variation between the songs. Some having a far more Mexican root, others sounding very Rock & Roll while even a few are distinctly R&B kick. These guys are clearly brilliant musicians. And every time I hear the Accordion I get the familiar whiff of some of The Pogues best tracks. The point of Audioblind is to do exactly this. Go into uncharted territory for myself and see what sticks with me. If it’s an unfair comparison to make I think Los Lobos reminds me of all of my least favourite Reverend Horton Heat songs. Still good, but never going to be a favourite.

Playlist Track: I Got Loaded

Easily my favourite song for its sheer simplicity, rhythm and pure party atmosphere. 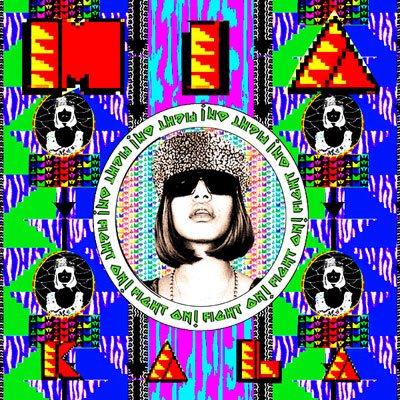 Sometimes while I’m listening to an album I like to do a little research on the artist. Which usually turns up a couple of paragraphs. M.I.A’s Wikipedia entry is academic in length. My experience of M.I.A up to the point of listening to ‘Kala’ was Paper Planes. It’s probably a good thing that I had such a hard time placing the sounds of the album. I had no idea what to think. I could make out the South African influence straight away. There was a lot more than that. Getting into the lyrics is important. M.I.A seems to genuinely want to represent her roots. And she does a good job of it. There is a lot on the album which is in some capacity radio unfriendly. The Afrocentric focus lends a deep driving soul to the entire album with the high production electronic sound giving it the mass appeal it needs. And yeah it appeals to me. It sounds like dirty pop. Someone’s busy bending at least a couple of genres out of shape. This is something to put on at a party in order to appease my most thick-glassed friends and the Stella drinkers in the corner.

Might have been my starting point but still my favourite track on the album. 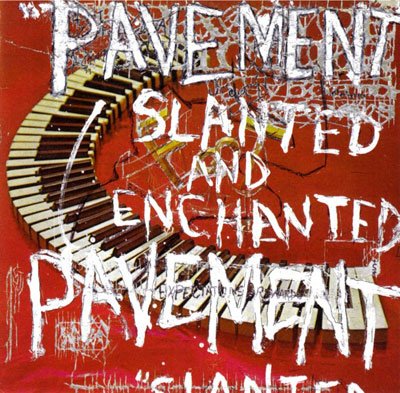 How did I come across this album? In the silliest possible way really. I was travelling and decided I wanted to find something about Zürich (or at least mentioned it). Zürich Is Stained solved that. Maybe not the most sound reason to pick up an album but it paid off. Pavement’s album is an example of just how good Indie can be. The entire thing sounds like an American city. Full of urban anxiety, whispers and paranoia. The lo-fi sound adds a layer of mucky noise across the entire album. Sounding a lot more like a Live album than normal. Which is a good thing. The lyrics are beat poetry. Stream of consciousness stuff. Unedited ahead of going into whatever garage the album was recorded in. An unnerving look at a side of American life in the early 90’s. Everything suggests a failed dream. So like a dream it’s messy. The whole album. But that’s not to say it is a mess. It’s more like organised chaos. At any second liable to slip into guitars being pulled apart and drums collapsing. Not in a ‘Fuck Ya, Rock’n’Roll’ way. The instruments themselves might do it against the will of the musicians.

The schizophrenic repetition of, ‘I’m tryin’’ punctured by the complicated verses sounds like someone having a bad day but I like the song. 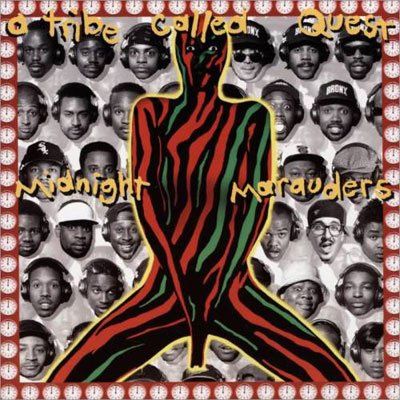 It would be hard to tell you now where I first heard of the term Alternative Hip-Hop. It’s something I’ve become more interested in with time and, having heard of ‘Midnight Marauders’ but never any of the album I took my chance when I came across it in an article on Alternative Hip-Hop. Glad I did. This is everything I love about rap with a heart. There’s no room for thug culture. Instead it’s all about smooth Jazz inspired beats, lots of variation in the sampling and holding court on more everyday problems. If this is a compliment it made a friend of mine say, ‘I don’t usually like Hip-Hop but that sounds great.’ And I get that. A lot of Hip-Hop is nigh on inaccessible to some people. For a long time it was for me. It isn’t usually about anything I can identify with. However with ‘Midnight Marauders’ the choice of subject is often universal when it isn’t Afrocentric. As a group A Tribe Called Quest each bring an element to the album. Nothing gets lost. The rhymes are tight and given pride of place up front. Not drowned by a catchy hook. Everything else is created to support the lyrical talent on show.

The most successful track and best possible representation of the album as a whole. 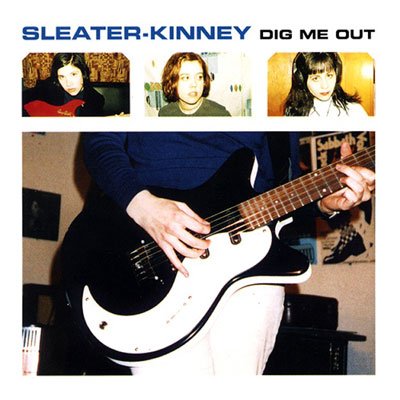 When the biggest debate in music at the minute is about the significance of big asses you know an industry is in some serious need of some Riot Grrrl bands. I had no idea that Sleater-Kinney existed until I realised my knowledge of the Riot Grrrl movement was almost insignificant. Immediately Sleater-Kinney came up as exemplars of the movement. The band sounds like the kind of hardcore noise needed in the 90’s and early 00’s to motivate young women to stand up for themselves. Punk did often alienate women and the Riot Grrrl movement offered them a way to take the lessons and apply them to what they wanted. The music is a brilliant example of Punk and Indie. The sound is much more towards the Indie side of the spectrum but the lyrics and the vocals are definitely the defiant snarl of Punk Rockers. I’m glad that I found Sleater-Kinney. I’ve more than a little interest in getting to grips with their entire library. It seems they levelled a more mainstream approach around the mid-00’s, drawing on classic rock, but I would be excited to hear what a band as savvy as them did with the genre.

Playlist Track: Dig Me Out

Luckily the best place to jump into Sleater-Kinney is right as the start with this Indie/Punk bastard of a song. 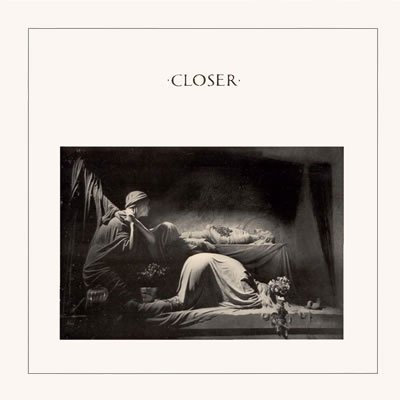 Maybe don’t listen to Closer first thing on a Sunday morning. Like I did. Afterwards it was hard not to ask strangers for a cuddle while they stroked my head repeating, ‘it’s alright’. The truth is I have never had time for Joy Division apart from drunken dancing to Love Will Tear Us Apart. I was sceptical because there’s a real weight to it historically. But my scepticism was swept aside from the opening of Atrocity Exhibition. It left me in no doubt I was in for an experience. The album’s intensity is constant. The silence between tracks offers no relief what-so-ever. I felt stuck with it. A horror movie I was too afraid to look away from. By the end of the album I felt I needed to go somewhere to relax. Having any knowledge that it was released two months after the suicide of Ian Curtis drives intensity into every second of the album. If I wanted a Joy Division with more post-punk and less gothic tones I could find it in Young Marble Giants album Colossal Youth (also released in 1980). Where Colossal Youth sounds like a dedication to the terror of a nuclear apocalypse, Closer is more like being the bombs architect. How much more terrifying is that?

Dark and brooding with a menacing synthesiser and lyrics like a crime being committed in front of your eyes.

AudioBlind is a new weekly feature on HeadStuff in which Jake Bourke is going to listen to 365 albums in a year. You can find the Spotify playlist here.

If you’d like to leave album suggestions for Jake to listen to here’s the rules:
“I can have heard of the band but never listened to them seriously. I can’t listen to the same band twice. I can have listened to a song or two from an album before but never the album in it’s entirety.”
Music ReviewwritingmusicAudioBlindA Tribe Called QuestFarseJoy DivisionLos Lobos
Share

Down with the Lingo

Buttering Up – and other ways to lose your faith in humanity