Hi, Guys. Welcome to Tittererer’s Digest. How are you all doing? I’m doing fine, in case you were wondering how I was. I ran out of my acid reflux medication over Christmas. So that was a little uncomfortable. I got some over-the-counter stuff to tide me over. It’s not quite as effective, but it was OK. Apart from that though, I’m not too bad. Thanks. I’ll probably get to the pharmacy tomorrow, so it’ll be grand then. Cheers. Anyway enough about my acid reflux. On with the Digest…

The Eric André Show is a sort of a spoof late night chat show that’s been running on Adult Swim in the States since 2012. It stars comedians Eric André (a regular on the short-lived Don’t Trust the B—- in Apartment 23) and Hannibal Buress (whom you may recognise as one of the “recurring bums” on 30 Rock). It features some well known guests taking part in some seriously batshit bonkery that I currently can’t stop watching. Here’s the opening from the latest episode…

Largely speaking, award ceremonies are long, vain, pointless and grotesque affairs. However, tonight on RTE TWO you’ll be able to enjoy one of the phenomenon’s redeeming features – Tina Fey and Amy Poehler’s hosting of the Golden Globes. They are quite literally two of the funniest people on the planet and they only seem to get funnier whenever they get together. This is their third and final time on joint-hosting duties, so make sure you don’t miss it. Below is last year’s wonderful opening duologue. The Golden Globes, RTE TWO, Monday at 21:00.

Update: Oh go on then. Why wait until tonight? Have a look at the best bit of the show now, right here.

Gig of the Week

Who the flip doesn’t love the Gleesons? Come on. How could you not? Sure, they’re lovely. And very good at the whole acting lark. Anyone who professes otherwise is just being contrary, if you ask me. Anywho, you can get three Gleesons (Domhnall, Brian and Brendan) for the price of… whatever your ticket costs… right now at the Olympia Theatre in The Walworth Farce. A supremely funny offering from the wonderful Enda Walsh. Olympia Theatre, until February 8th. 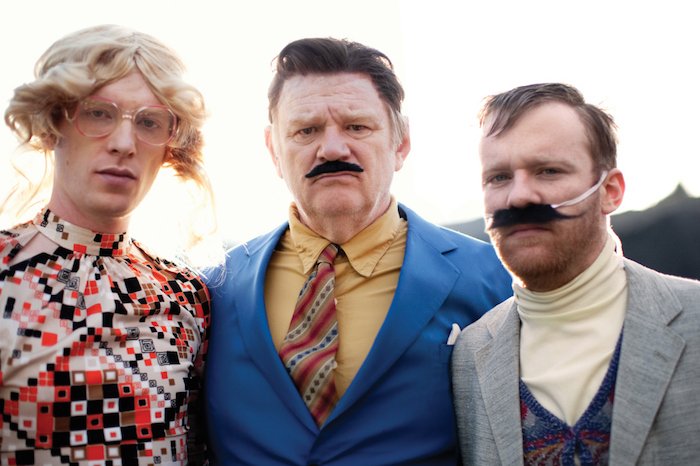 – The Onion responds to Wednesday’s horrific terrorist attack on the offices of its comrades-in-pencils Charlie Hebdo in Paris. (Read Here)

– The excellent Sidesplitter takes a fascinating look at the filmmaking of Louis C.K. (Read Here)

– Our own Alan Bennet paid tribute to the legendary Richard Pryor last week. This week, The Guardian tells the story of the comedian’s meltdown at a gay rights fundraiser in 1977. (Read Here)

That’s your lot, folks. Thanks for reading. I better go. My acid reflux is starting to flare up again. I shouldn’t have had that peanutbutter on toast. Until next week, then.
@Shaneinho

Tittererer’s Digest |99| feat. the Mess Around