Hello there, ladies and gentlemen. Alan Maguire is still off swanning about on his honeymoon, so I’ve been asked to step once more unto the breach and deliver a pulsating round-up of all things hilarious. So what’s been going on since I’ve been away? Well things were going great. I was getting loads of work done – that was until I happened to notice an upsettingly shaped bush growing directly outside my house. It’s been slow going since then, unfortunately.

Rather pleasingly, a new documentary about the life of one of the greatest comedic talents ever is about to be released. I Am Chris Farley features interviews with Lorne Michaels, David Spade, Christina Applegate amongst others and promises to be a poignant look back at the career of a mesmeric cyclone of pure comedy. Farley was only 33 when he died (the same age his idol John Belushi died), but he left behind a body of work, choc-full of sheer energetic brilliance. The film opens in US cinemas at the beginning of August and will be broadcast on Spike soon afterwards. I’m sure it’ll pop up this side of the Atlantic soon enough.

On Your Device of Choice Soon 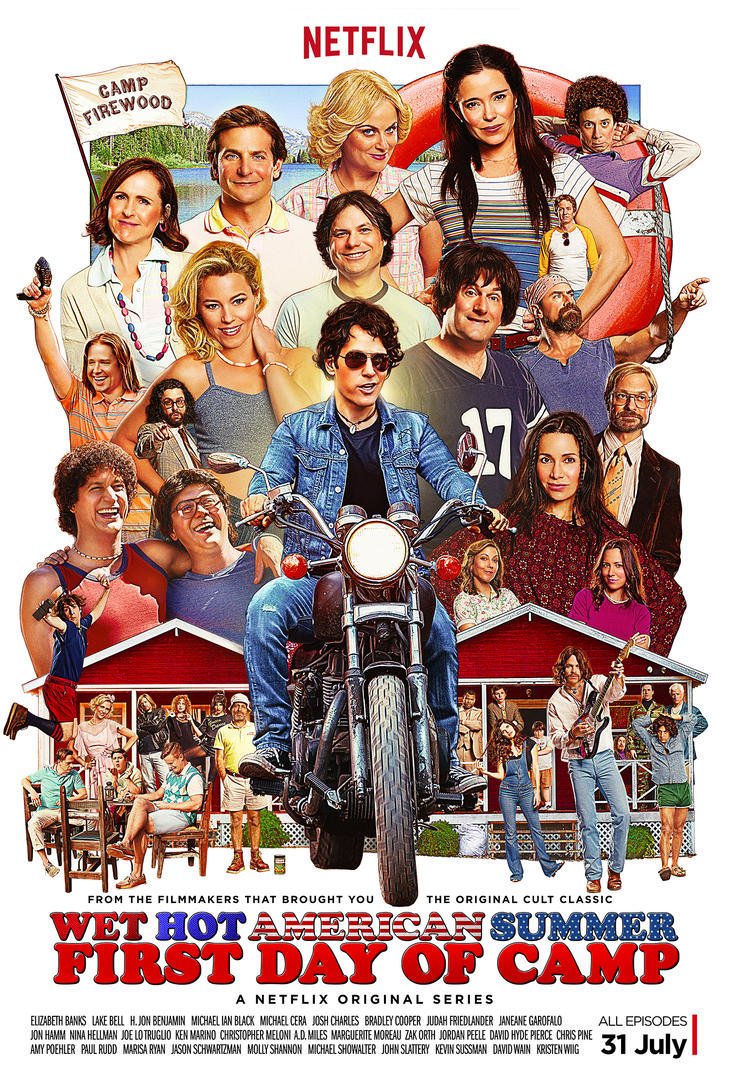 To be honest, it’d be quicker for me to tell you who isn’t in this show. So here goes, J-Lo, Jason Statham, Dame Judy Dench and… that’s it. Everyone else is. Yep, it’s quite the cast.

The Netflix subscribers among you will be able to watch all eight episodes from July 30th.

Podcast of the Week

Recently, I’ve been very much enjoying Ben Blacker’s Nerdist Writers Panel podcast. If you have any interest in writing for the screen, I highly recommend it. There have been some very interesting episodes in recent months. The Friends panel, featuring the team behind season one, and the interview with Fargo writer Noah Hawley are both particularly excellent.

This week’s episode features Kay Cannon. She talks about working on 30 Rock and writing both Pitch Perfect movies. It’s well worth a listen.

That’s it for me. I’m off to ring the council to see what my rights are regarding the removal of offensive shrubbery. Alan will be back next week to retake the reigns. Have an amusing week.

Film Review | Did Jurassic World Just Eat Itself? – A Review of Meta Proportions