I’ve just gotten in from Luton Airport. I was in Spain  five hours ago. There was a swimming pool, it was sunny, there was a butt-load of wine and (for some reason) Oreos. And now I’m pissed off to be back in stinky, freezing London doing this stupid column AGAIN! It’s never fucking ending. Anyway, flip it. On with the Digest…

Saturday’s SNL was particularly good (in my humble opinion). The awesome J.K. Simmons was hosting, promoting his new movie Whiplash. In our clip of the week, Simmons makes an ambitious cameo as rapper Nas. In the absence of The Lonely Island dudes and their super successful Digital Shorts, the singular Mike O’Brien has taken up the baton with a series of excellent films (which I’ve already spoken about). This week’s offering is the quite wonderful Jay Z Story.

Special of the Week

Louis C.K. has just released a new hour long special of all new material ‘Live at the Comedy Store’. It’s available on his website for a measly $5. He says: “I developed and prepared this material over the last year or so, mostly in comedy clubs. This special kind of goes back to when I used to just make noises and be funny for no particular reason. It felt right to shoot this special in a club to give it that live immediate intimate feeling. The show is about an hour long. I hope you like it.”

Bombshell of the Week 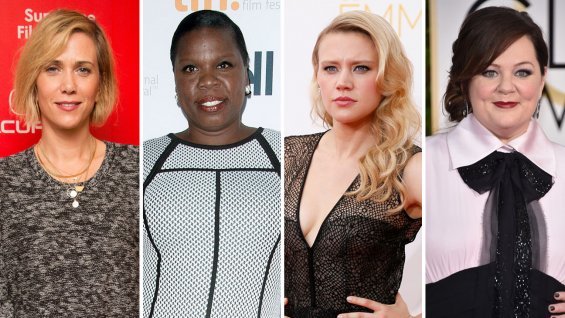 This was all at once the most exciting and most boring bit of comedy news this week. Director Paul Feig announced his cast for a new Ghostbusters movie – with four ladies taking on the main roles. He tweeted this. Cue “genuine” outrage from people who see this as an abomination – the cruel destruction of a little part of their childhood. The subtext of this bleating, as far as I can see, is a load of people trying to make big deal about how much they LOVE Ghostbusters – as if this somehow marks them out as interesting. Tell me you love 1986’s Ratboy and I’ll sit up and take notice. Now that’s an interesting opinion. But everyone loves Ghostbusters. It’s a given. So shut up. It’s not yours.

Hollywood is rebooting the shit out of everything. Like it or lump it. They’ve been doing it for ages. It was only a matter of time before a new GB film was made and if it’s terrible, it’ll have no bearing on the first two. And if you let it have a bearing, you’re a lunatic.

If they’re going to make a new Ghostbusters movie, then what a wonderful twist to put on it. Anyway, twist or no twist – I love Kristen Wiig, I love Melissa McCarthy, I’m quickly falling for Leslie Jones and, as discussed on here ad nauseam, I LOOOOOVE Kate McKinnon. They’re four of the funniest actors in the business – of any gender. The proof of the pudding is in the eating and we won’t know until we actually see the finished movie, but put it this way – I’m far far more excited with this announcement than I would be if Paul Feig tweeted something like this (below). Oh Gawd! How boring would that be?! 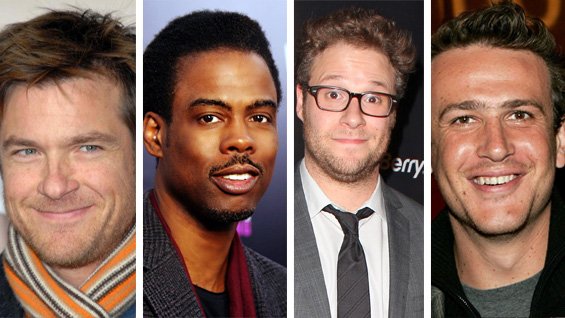 – Flight of the Conchords are planning a new tour with new material later in the year. Hooray! It’s just going to be in the US. Boo! Jemaine Clement spoke to The Hollywood Reporter about it. (Read More Here)

– The wonderful, wonderful Catastrophe (Sharon Horgan and Rob Delaney’s Channel Four sitcom) has been recommissioned for a second series after only two episodes. (Read More Here)

OK. That’s yissers’ lot. Hope you have a week as glorious and relaxing as the ever fleeting memory of my all too short trip to Spain. Sigh.

Taking Rory Gilmore Off Her Pedestal