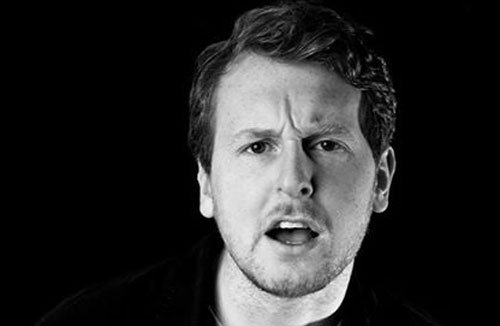 I sink the dregs of my second pint that night and rub my hands together. Stressing the palms as I try to remember what I’m supposed to say. None of it’s coming back to me. Not a single word. Any word would do. The first word would be best. If I could just remember the first word I would be fine. I’m sure it’ll all click into place after that. I’ve practiced this for three months. How could I not remember?  I’ve been here for about an hour and a half mixed in with the fifteen or so punters. They paid in. I got in for free. That’s a novelty. There’s a round of applause and a change of who’s on stage. I stand. I rub my face looking for errant snot. I pull my jean zipper down and then up, to make sure it’s closed. I can’t really hear anything. There’s a lot of mumbling about someone being great. My legs nervously wiggle. I can’t quite control them. I’m listening for the cue, my name, to get going. My heart seems to stop when the man on stage slows down and pulls out a piece of paper. He looks over it while still talking and his hand waves in my general direction. I hear my name greeted by a polite round of applause. A golf clap would have blown this one away. He disappears and I grab the black and silver microphone standing with me on the tiny raised platform. Looking out, half blinded by a weak spot light, those fifteen people look like a million. And they’re all waiting on me. How did I get here?

Sitting down to write an article exclusively about my own experiences feels like ego massaging. It also makes me slightly nauseous to remember. On the anniversary of certain events in my life though I often feel like sitting down and dissecting how exactly how they happened. The opening paragraph are my memories of the first ever comedy gig I performed at on August 11th 2011 in Dublin. The changes since would be unbelievable to the guy that stood on stage that night. Where that moment would bring him. The best bit is what he doesn’t know yet. He sucks. 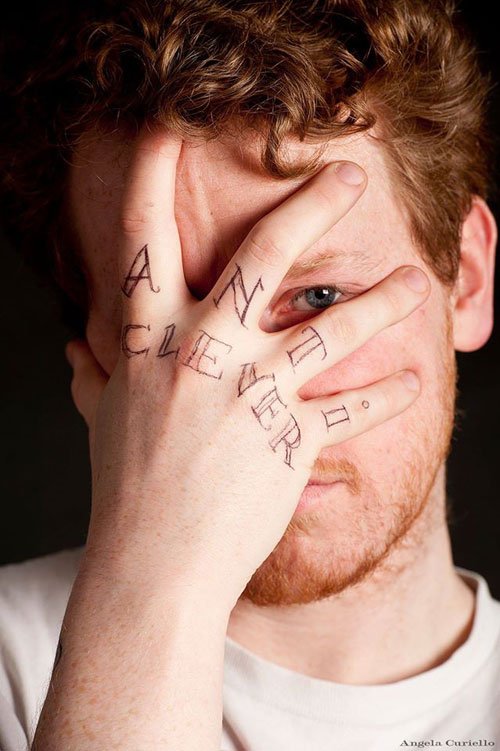 I don’t mean that just to be self-deprecating. I mean it almost literally. Right now he is the worst thing on stage. Unfocused. Bad timing. Very sub-standard stuff. It’s strange then that I feel a healthy respect for the man I was then. Stand-Up was never part of my big life plan. It wasn’t even on the radar. I hated standing up in front of people and talking. Up until that day I had only really taken to the stage twice. Once to host a college poetry evening despite having almost no knowledge of poetry. And once as the embodiment of winter, Jack Frost, in a school play at the age of 11. I replaced the original Jack who took my place as a nice large piece of identity hiding wall. In silver face paint, with silver spandex, a painted silver mask and long cardboard fingers covered in tin foil I hit took the stage only after a good twenty-minute cry. I hated every second of it. Feeling traumatised after the experience I think I secretly swore to myself to never go on stage again. That all changed at Art college.

It was year three of my second attempt at completing Art college. Sitting in my cold and dark studio, that I heard myself say out loud; I don’t think I like this very much. I didn’t. It was all I knew and for the last few years I followed the traditional artists path. Not because I particularly wanted to but because I knew how to draw which meant I should probably go to Art school. But feeling like I didn’t want to be there, this was news to me. Suddenly I was rudderless again at 25 years old.

I stayed in college while planning my escape from the Art World. In the mean time I tried to make myself feel better. I started watching a lot of Stand-Up.  Jerry Seinfeld, George Carlin, Richard Pryor, Simon Munnery, Stewart Lee and anything else I could get my hands on. I wasn’t picky. As long as it was Stand-Up. It wasn’t long before I worked out what I liked about Stand-Up. The feedback was instant. They didn’t go through lecturers, critics or student lead learning groups. If you’re not familiar with the last these are groups of students that get together and talk about what they’re working on before they get drunk. Which is a nice break from the norm of getting drunk and then telling you what they really think.

So I did some research. I found out that you could literally just sign up to do this. No classes and no approval just a waiting list and seven minutes to do your thing. When I got a message back to the effect of, ’here’s a date see you then’ I got writing with no idea of how to write comedy in the first place. Here is what nobody focuses on when they talk about comedy. Your first experiences of Stand-Up Comedy are probably the worst possible. You’re not ready no matter how hard you try. You’re going into a place with mostly other amateurs. But the crowd doesn’t care and are expecting you to make them laugh. No matter what. You might be a combination of the two best possible ingredients. Naivety and passion. But you still suck. And if you didn’t have those first two things you would never do more than one comedy gig your whole life.

I know this because this is how I approached that first night. I did my research in the lead up to the first time. I went to a lot of gigs. As many as I could. Immediately I tried to differentiate myself. The first thing you should actually do is write some material. So after I grabbed the microphone I stood on stage in absolute silence for the first fifteen seconds and let it get awkward. I was lucky that night it actually worked. It rarely worked after that. Why did I do such a stupid thing? Because I had seen everyone else grab the microphone like a strangled attacking snake and immediately ask everyone, ‘Hi! How are we? Good. On my way here…’ I was on the right track to try and be different. Being naïve and passionate would sustain me through the initial period of not being very good. 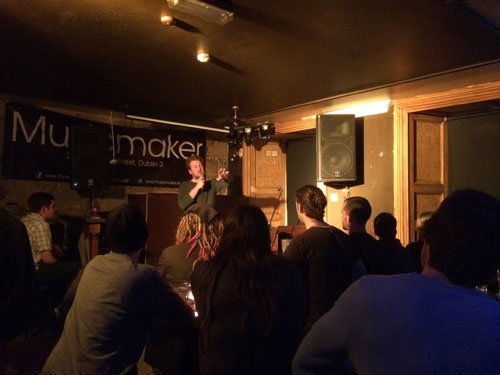 Luckily most of that gig is a complete blur. I do remember the aftermath. I wouldn’t have been a good judge of progress anyway. I honestly didn’t know the difference between objectively good and objectively bad. Walking home I waited to talk to my girlfriend about it. I had banned her from coming. I had to do this myself or some variation on that film trope. Now the twenty minute walk home took forty and I wish I had someone to talk to. I didn’t feel very good. Was I doing it wrong? I was sure this was the way for me. I didn’t get any of the benefits that I had heard people talk about. I felt depressed about the whole thing. Disappointed. I resolved to try it a few more times at least. Within five gigs however I had gone through each possible result of a performance. In the second I had the best possible high. And by gig five I died the worst I ever have.

The biggest mistake I made was how I approached it. I thought of the entire experience from the audience’s point of view that only see only the finished product usually. At the very least they expect to. So I thought in shallow terms. And for the first couple of years I wrote a new joke maybe once a month and a new bit maybe every three. It’s only been in the last year, spurred on by my now waning naivety, that I started to write seriously. I needed to find all new things to be naïve about. For a while it was replaced by a feeling of guilt. That I wasn’t doing anything that did anything in the world. It wouldn’t propel a car. It wouldn’t feed the hungry. It wouldn’t change anything. That was until I heard John Lasseter, co-founder of Pixar, speak about entertaining people. He called it ‘noble’. It’s been a long time since I’ve heard of any profession described as noble. Somehow that evaporated the guilt and allowed it to be replaced by what I use instead of naivety. Routine and passion. Those two things allowed me to change what was once a strange fuzzy and very general idea into what is my life now.

I look back at that moment and thank the universe for naivety. The truth is I would find it almost impossible now to do what I did then. I was luckily also future-blind. Not seeing the weird paths it would make me follow. A month at the Edinburgh Fringe. Time at the Brighton Fringe. Both self-produced. Entertaining a room full of hundreds of people. Boring rooms of people too. I’ve met my favourite and least favourite people in the world. And been heckled enough times to find out that, most peoples worst fear, is just a reflection of the hecklers own sad mental state.

Now after gigs something new happens. Audience members usually come up to me and either tell me they wish they were brave enough to do what I do (which they are) or they admit they’ve got their first gig coming up. They signed up three months ago and they’re nervous but they’re sure they’ll be ready for it by then. I really wish them all the best. Their best laid plans will fall apart. They will trip over lines. Mess up punch-lines and a drunken nurse will take the wind out of their sails by doing nothing more then making noise. I smile and try not to laugh. I hold their shoulder and wish them all the best. I’d never want to do it again.