I have decided to dress more like my inner poet. I spent time researching poets and their attire. There has never been a poet that has truly embraced their image and seen it as a vehicle for poetry. My attire will aspire to inspire. Not like these poets.

Ted Hughes dressed like a potato farmer going to mass. 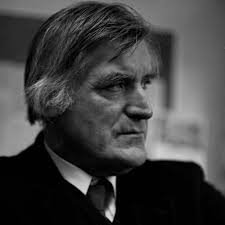 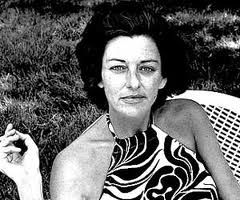 Carol Anne Duffy dresses like an eighties rock-star in his Granny’s cardi. 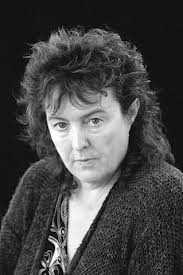 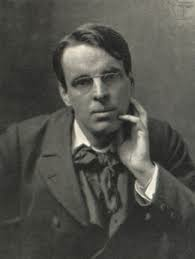 All their outfits seem to be desperately clinging to some semblance of respectability, even when their poetry was dancing inappropriately through their pens.

I get paid on Thursday. It is my intention to reinvent myself and dress as true poets should.

Today we packed up the apartment. I made a faint attempt to clean some of the lipstick poetry from the walls. It did not want to rub-away. Some words are meant to stay, despite the discomfort they might cause. I cannot remove them, to do so would be to pander to the sensibilities of the meek. Their crudeness speaks a truth which must ultimately be embraced if we are to progress as a species, or at least have more sex.

Laura and I are both moving back in with our parents on Sunday.

Mother said I can sleep on the couch. There are two free rooms in the house, but she doesn’t want me to get any ideas about staying.

Laura wanted to come shopping, but I need space for the right outfit to speak to me. It will come upon me like a bolt of inspiration. Laura is like a clogged pore, she would distract and supress my inner voices. I’d end up in sequins and a crop top.

I need this outfit by tomorrow as we’re having a house party. I intend to go as POET.

Laura’s invited loads of people round tomorrow night, to bid the apartment farewell. I’m not sure who these people might be. She said we can use the boxes as chairs and blare music from the small dusty radio. It sounds like the worst party ever. I suggested we make the party themed. Laura’s response to this was sexy woodland creatures, but I was thinking more like an existentialism party. We settled on a death-to-the-apartment party.

I’ve barricaded myself in the bathroom. It’s a shame, because my poet-look is being wasted on the empty bathtub. All I can hear is hard core punk music blaring and some guy shouting “burn everything”. My last glimpse of the party was someone tearing the arm off the couch, while his friend punched light bulbs. Laura’s friends do not understand metaphors and have taken “death-to-the-apartment party” in a literal fashion.

The poet side of me wants to join them, to burn the whole thing to ash. But the terrifying thing is the 50% of me that takes after my mother is eating the poet alive. I cannot stop crying. Some part of me knows the poetry is dying. There is no vodka or anarchy in my soul tonight.

Mother came over to help me move my stuff. I ate dry toast. Nothing matters.

Not even the cat understands.

I tried to shake the sadness, but it’s fat and sitting quite firmly on top of me.