Ah, Christmas! Is there any better time to sit down and watch a plethora of films while scoffing whatever foil wrapped goodness is within arms reach?

Here at Headstuff we have compiled our list of the Top 20 Christmas Films to get you in the mood for the festive season, and not a bah humbug in sight. 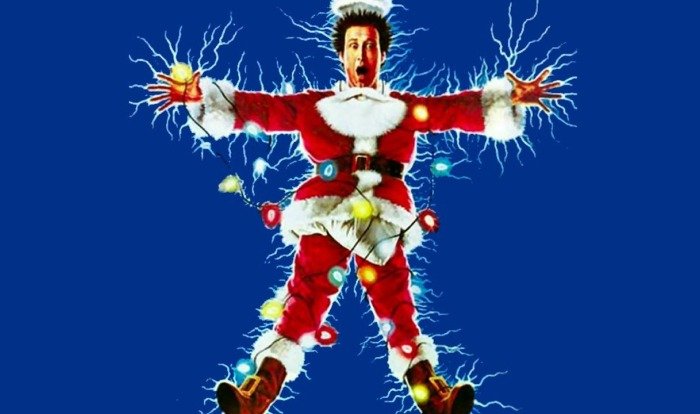 Christmas is all about family, and that’s the problem for the Griswold’s as they journey to spend the holidays with their in-laws in the third of the National Lampoons films about the dysfunctional family. Inevitably, disaster ensues and while some of the comedy is straight up slapstick, there are a huge number of hilarious moments throughout the festival spirit filled and somewhat overly American holiday comedy.

Written by John Hughes (again) and starring the brilliant Chevy Chase as Clark Griswold, the leader of the family, National Lampoons Christmas Vacation is the perfect film to sit back, switch off and enjoy. Also, keep an eye out for Johnny Galecki, of Big Bang Theory fame who plays Rusty Griswold. PM 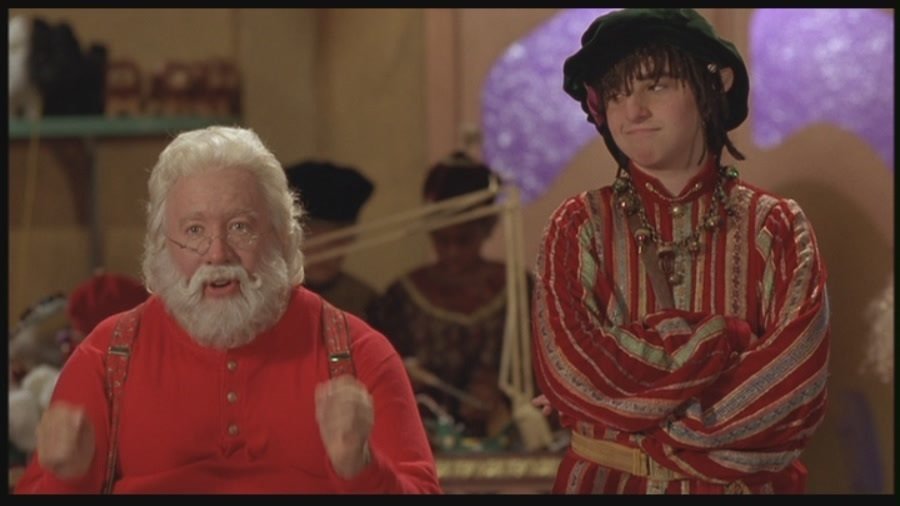 The Santa Clause is probably the Christmas film for an entire generation of kids who grew up in the 90s and rightly so as it ticks all the festive boxes with the magic and charm of the holiday season. Starring Tim Allen as Scott Calvin, a cynical businessman who accidentally kills Santa Claus on Christmas Eve, and must therefore take over the job, The Santa Clause is full of old fashioned family charm and will give you that warm cuddly feeling inside.

It is Tim Allen’s performance which ties the whole film together and being his film debut, you can see he really tried his best with the role, whereas if it was in the hands of a seasoned actor more interested in the pay check than the content, it might well have been a different story. PM 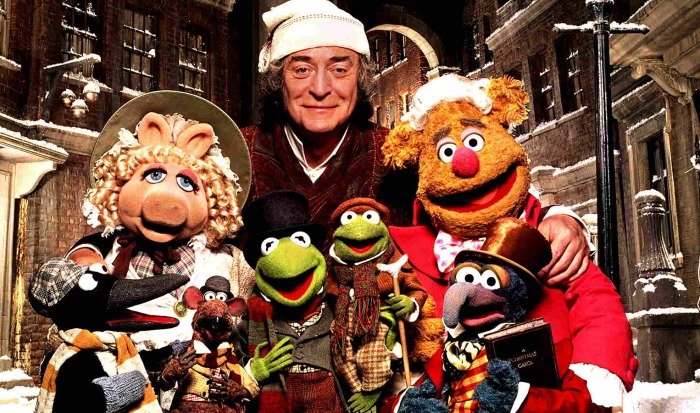 Jim Henson’s creations have brought joy to generations and it is his son Brian who directs the Muppet’s take on the Dickens classic. The 1843 quintessential festive tale has been reproduced countless times but the master puppeteers of the Jim Henson Company makes this feature a true gem.

With all of your favorite Muppets portraying the supporting roles, this is the tale of a miserly old man, Ebenezer Scrooge, who must learn to change his ways. Scrooge is wonderfully played by Michael Caine and gives the film a little more grandeur than your typical Muppets adventure.

As always the humor is family friendly and is delightfully dispatched from our favorite felt-covered friends. As charming as it is funny – the Muppets have a knack in creating a level of entertainment that can be enjoyed from the age of 8 to 80. Sit back with your feet up and enjoy. PO’L 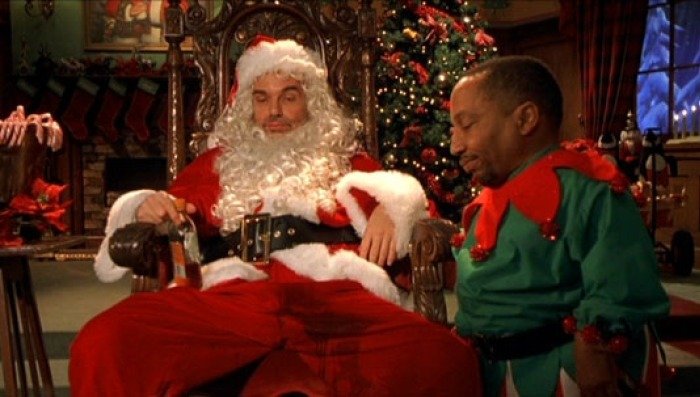 Bad Santa made quite the stir when it was released, especially in France where they don’t have specific ratings and kids wandered in expecting your typical Christmas Santa film, however they were horrified to meet the foul-mouthed and hard-drinking Billy Bob Thornton and his robbery accomplice sidekick Tony Cox. Definitely not one for all the family, but Bad Santa is still full of the spirit of Christmas, only this time that spirit is whiskey.

Co-starring the late Bernie Mac and Lauren Graham, this dark comedy is the perfect antidote to the overly sentimental Christmas films that will be shown all over the holidays. It does have a Christmas message as it nears its conclusion and is deservedly now established as a classic Christmas film, but for adults only. PM 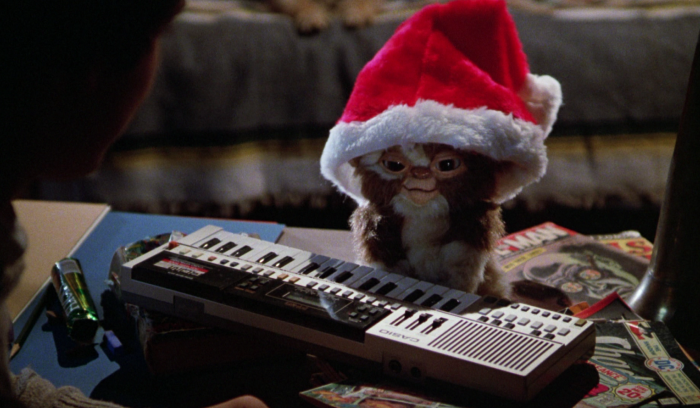 Billy Peltzer gets an adorable new pet for Christmas, a mysterious creature called a mogwai; he names him Gizmo. The proprietor of the Chinese antique store, where Billy’s dad bought the strange creature, gave the new owners 3 simple rules. 1) Never expose a mogwai to bright lights, 2) Never get them wet and 3) Under no circumstances do not feed them after midnight.

Not to give anything away, but let’s just say the rules were not followed properly. The resulting formation of cruder, aggressive, not-so-cute mogwai produced from Gizmo’s body sets a chain reaction of mayhem in their little quiet town.
Dark humour and comedic violence throughout balanced against the winter wonderland that is Kingston Falls gives the film a charming yet dark tone. This balance in ambiance lends brilliantly to the comedy throughout the film also.
A true classic and one to enjoy late at night over these festive times. Popcorn is a necessity. PO’L 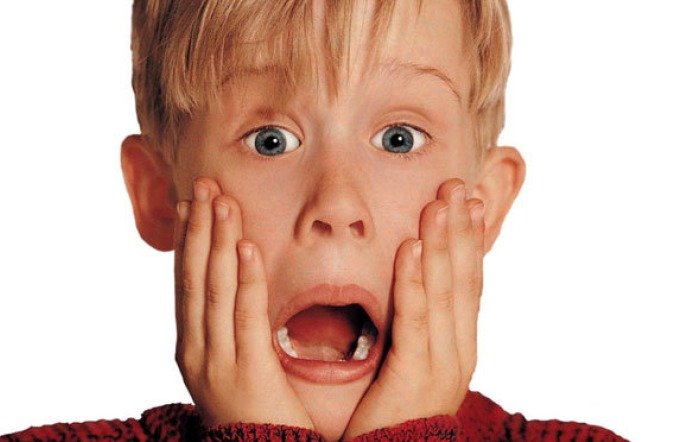 A festive staple in all homes, Home Alone is the story of Kevin McCallister’s Christmas alone at his Chicago home. As his family jet-set to France for an unforgettable holiday, Kevin’s family forget one thing; Kevin. After initial trepidations Kevin, portrayed by Macaulay Culkin, decides to embrace his new-found independence and live his solitary days to their fullest.

To the surprise of two cumbersome thieves who had been casing the McCallister home, the house is not as empty as they would like. One 8-year-old to get past though, how hard could that be? As vast as a child’s imagination can be so too is the resourcefulness of our hero.

The burglars are portrayed perfectly by Joe Pesci (Goodfellas, Casino) and Daniel Stern (City Slickers, TV’s Dilbert), whose comedy timing and a raw talent for faking agony drive the movie’s story along. Culkin is a delight to watch and is a tour de force.

It would be rude not to mention the sequel here also. Another Christmas spectacular, the cast returns for a romp around New York City. With the inclusion of Tim Curry as the inquisitive concierge the sequel is just as enjoyable and it’s just as Christmassy. Christmas would not be Christmas without a viewing of one or both of these classics.

Note: Home Alone 3 and 4 exist but should not be viewed for any reason. PO’L 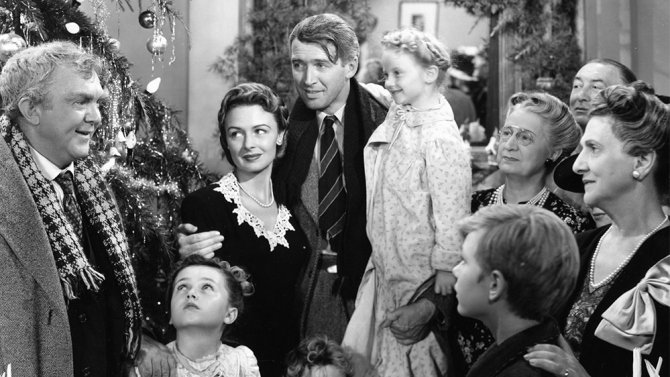 The ultimate in American sentimentality and all round Christmas spirit is Frank Capra’s seminal 1946 drama which follows a suicidal banker who is saved by his guardian angel before throwing himself off a bridge on Christmas Eve. Okay, so not that Christmassy but stick with it as the idea of giving to one another for the good of those you love is the key message that shines through.

Starring the predictably brilliant James Stewart as George Bailey, It’s A Wonderful Life is now a stalwart of the Christmas TV schedule and will probably be shown on nearly every channel available, so don’t miss out on your annual viewing of the Christmas classic. PM 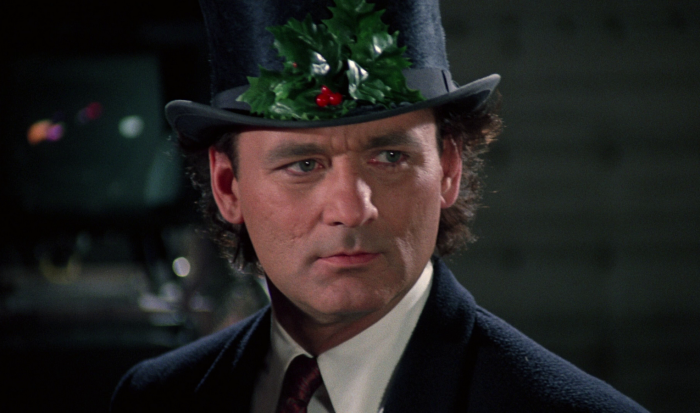 That beautiful balance of black comedy and Christmas joviality is again in the mix in this eighties masterpiece. Bill Murray plays the horrid yet likable boss of a TV network. Frank Cross (Murray) takes on the role of Scrooge in an adaptation of A Christmas Carol like no other.

In the lead up and filming of the network’s Christmas Eve live special, a dramatization of Dickens’ tale, Murray finds himself visited by three spirits; The Ghosts of Christmas Past, Present and Future. Cross also has to deal with the reappearance of an old flame (Karen Allen), the stresses of all of this seem to be tearing Cross apart at the seams.

Murray is comedy gold. This is a known fact. Scrooged only cements this. Even when he is flying off the handle at his workforce, firing an employee on Christmas Eve or trying to staple antlers on a mouse, Murray is still so likable.

Karen Allen’s character adds another layer to this fantastic film, a love story. Through Cross’ haunting and often hilarious trips with the Christmas spirits, we get an insight into how Murray’s character turned out like he has.

This is not one for the little ones however it will bring joy to many over the coming days and I for one will probably get it in twice before resuming to normality. PO’L 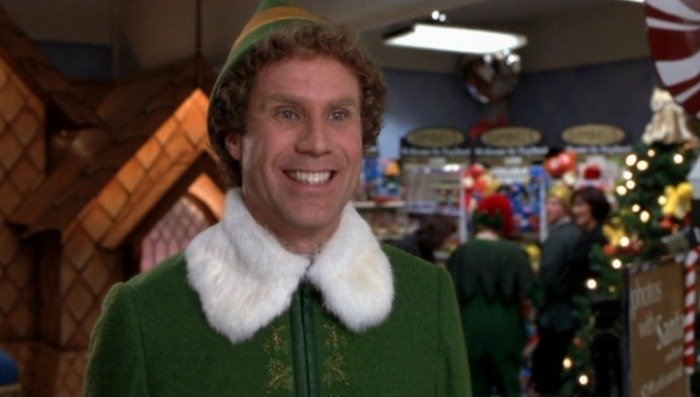 Just being pipped to top spot on the Christmas list will probably make Buddy the Elf not so happy. I’m sure he’ll be okay although I’m not sure he would be a fan of the number one film. Either way, Elf is probably the most recent film to have been adopted as one of the ultimate Christmas films with Will Ferrell’s personification of a human, who believes himself to be a magical Elf, hitting every Christmas note with tonnes of sparkle and glitter.

The film is like an ADHD version of your average Christmas film and is so quotable it’s hard to remember a time when Elf wasn’t around. Along with Anchorman this is probably Will Ferrell’s most hilarious performance and he nails the excitement and enthusiasm everyone had as a kid around Christmas and reminds you that it truly is the time to enjoy yourself and celebrate with those you love. PM

And the Top Christmas Film of All Time is… 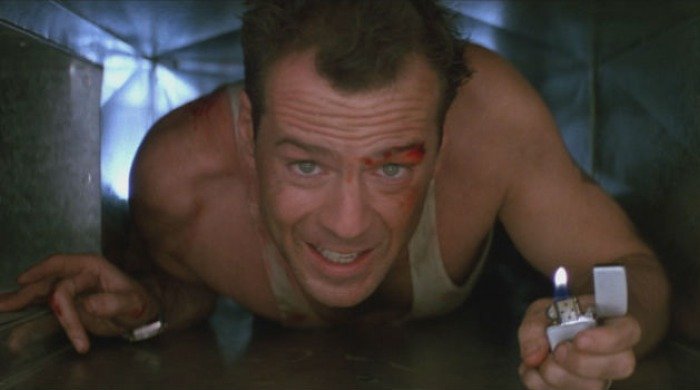 What do I need to make it really feel like Christmas? Apart from a real tree (necessity), a big turkey dinner with all the trimmings (nom nom nom) and laughs with friends and family, I need only one thing; Bruce Willis.

Die Hard has become a quintessential Christmas classic to those of us of a certain age. It is also perfectly acceptable to scorn those who have not seen Die Hard – but please always remember to educate after scorning, Christmas is, after all, a time for giving.

Before the Die Hard franchise became something to hang your head in shame at (4.0 onwards), it conquered our worlds with the non-stop action of a wisecracking cop. Even when you have one man taking on a tower of terrorists the whole thing seems strangely believable. John McClane (Willis) is undoubtedly a fantastic movie hero, but his relationships built throughout this epic are also driving forces behind this film’s success. John’s contact with the outside world is an LA beat cop named Al Powell (Reginald VelJohnson). The friendship built throughout the film is that pure bro-love that only us bros know (no offence ladies). They pick each other up when the other is down and give each other hope when all seems lost.

Alan Rickman portrays, Hans Gruber, the big, bad terrorist in charge of the attack on Nakatomi Plaza. Rickman is superb and as important to this film’s delight as Willis’ hero. The interactions between Willis and Rickman are some of the most memorable pieces of the movie.

From the start to finish of this festive treat, we are brought along for a ride like no other. An absolute gem of a Christmas movie and it never gets old. PO’L

I Was A Teenage Santa Claus

Die Hard With A Vengeance Turns 25 | Does Anyone Care?