The Showreel | 30 [ Feat. Westworld and Beasts of No Nation]

Our weekly round-up of film news and trailer reviews features many, many new and awesome trailers, some Soviet cinema, and Star Wars… It’s The Showreel!

Celebrated Soviet autuer Andrie Tarkovsky’s work is now available to watch online and is thoroughly worth your time. His most famous film is likely Solaris due to the average remake of the same name from George Clooney and Steven Soderbergh. The remake is not a patch on the original which is a mesmerising visual essay on psychological analysis and loss. Many saw it as an equal to Kubrick’s 2001: A Space Odyssey which was released only a few years before.

His distinctive style of long takes and slow pacing may not be the most engaging for all audiences but his influence and abilities have never been matched. My personal favourite is his film Stalker which follows a guide as he treks into a highly secret and dangerous zone which has been sealed off by the government, accompanied by a professor and a writer as they search for a mysterious room that grants wishes. It is long and slow and a completely engrossing examination on philosophy and psychology. Click here for the link to watch all his films.

Beasts of No Nation

A drama based on the experiences of Agu, a child soldier fighting in the civil war of an unnamed African country.

Beasts of No Nation is the new film written and directed by Emmy Award winner Cary Fukunaga (True Detective, Sin Nombre) and starring Golden Globe winner Idris Elba (The Wire, Mandela: Long Walk to Freedom) that will debut Friday, 16 October 2015, globally on Netflix. Fukunaga’s Beasts of No Nation will also be in competition at the Venice Film Festival and will be screening at the Toronto Film Festival in September.

Beasts of No Nation is based on the acclaimed novel by Nigerian author Uzodinma Iweala, bringing to life the gripping tale of Agu, a child soldier torn from his family to fight in the civil war of an African country. Newcomer Abraham Attah portrays Agu, while Elba takes role of Commandant, a warlord who takes in Agu and instructs him in the ways of war.

Two guests at a high-tech amusement park go on a wild west adventure. The park is peopled by robots and is designed to provide a 100% life like experience simulating Roman times, cowboy times, and medieval times. When the park’s central computer breaks down, the robots start to run amok and our two guests find themselves stalked by a robot gunslinger.

This is super short, but super super sweet. Based on the 1973 Michael Crichton sci-fi western starring the brilliant Yul Brynner, HBO’s Westworld looks like it could be a really interesting series. Considering its creator is none other than Jonathan Nolan, the writer of The Dark Knight, Memento and Interstellar (and brother of Chris) and lists a cast which includes, amongst others, Ed Harris, Anthony Hopkins, Ben Barnes, Clifton Collins Jnr., Thandie Newton, Jeffrey Wright and Evan Rachel Wood, it seems Westworld might be the sci-fi series sci-fi fans have been yearning for HBO to make for years. As of now there is no indication of when it will start but anticipated highly it will be!

A continuation of the saga created by George Lucas set thirty years after Star Wars: Episode VI – Return of the Jedi

This is not really a new trailer, rather a TV spot for Korean audiences, but it just shows the appetite people have for JJ Abrams’ Star Wars that the 30 seconds of footage is being disected for any new information regarding the upcoming release. In fariness there isn’t really anything new, but it does show a few new shots not seen in the main trailer including the opening shot. It all looks bloody great though! Star Wars: The Force Awakens is out in December.

Derek and Hansel are modelling again when an opposing company attempts to take them out from the business.

This is not much of a trailer really. Essentially it is just a mildly funny altercation between the most intelligent man in the world and Derek Zoolander, who is not the most intelligent man in the world. I think it will be hard to replicate the iconic comedy of Zoolander and one can only hope that the script is not hacked together in a similar fashion to the Anchorman sequel. Zoolander 2 is out in February 2016.

Films on TV This Week 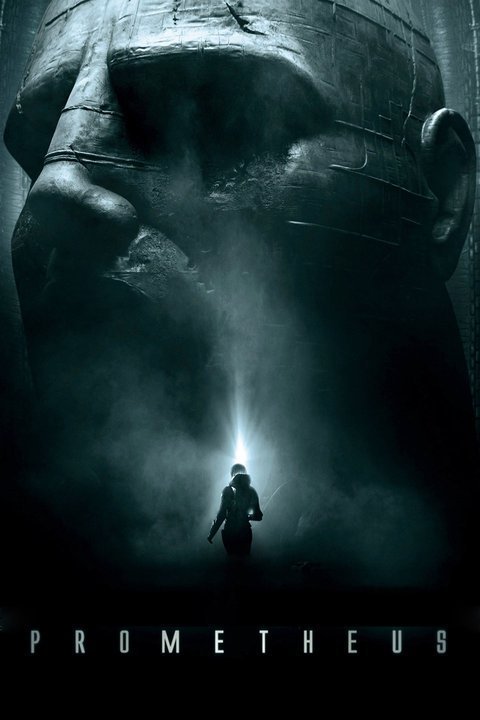 Following clues to the origin of mankind a team journey across the universe and find a structure on a distant planet containing a monolithic statue of a humanoid head and stone cylinders of alien blood but they soon find they are not alone.

It is not a patch on the first or second Alien films, but Ridley Scott’s revival of the Alien world has some great sci-fi moments. It also has ludicrous dialogue and plot choices that seem beyond any reason, but visually Prometheus is solid and fascinating. Neill Blomkamp is making a new Alien revival, while Scott himself is working on Prometheus 2: The Promethening. 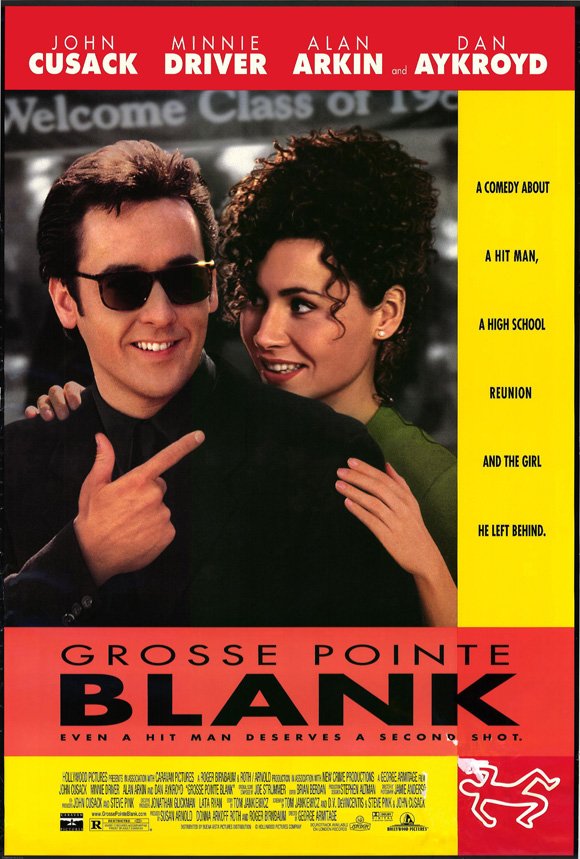 Martin Blank is a professional assassin. He is sent on a mission to a small Detroit suburb, Grosse Pointe, and, by coincidence, his ten-year high school reunion party is taking place there at the same time.

It has been many years since I watched this lauded comedy, and I can remember much of it going over my head… I think I was 12 when I saw it, so it is time to go back and see what all the fuss was about. Many people claim this is the best comedy film of the 90s and it was at a time when John Cusack was at his peak. It also stars Dan Aykroyd and Minnie Driver.

After an Alaskan town is plunged into darkness for a month, it is attacked by a bloodthirsty gang of vampires.

This visually impressive and well paced horror comes from the graphic novel of the same name and stars Josh Harnett as a small town sheriff fighting of a hoarde of vampires who have come to take advantage of the 24 hours of darkness during the winter months. It has a great blend of horror genres, at time feeling like a slasher horror, other times feeling like a zombie movie and then backed up by the vampire tropes throughout, 30 Days of Night is a solid, nail biting genre film and not for the squeamish. 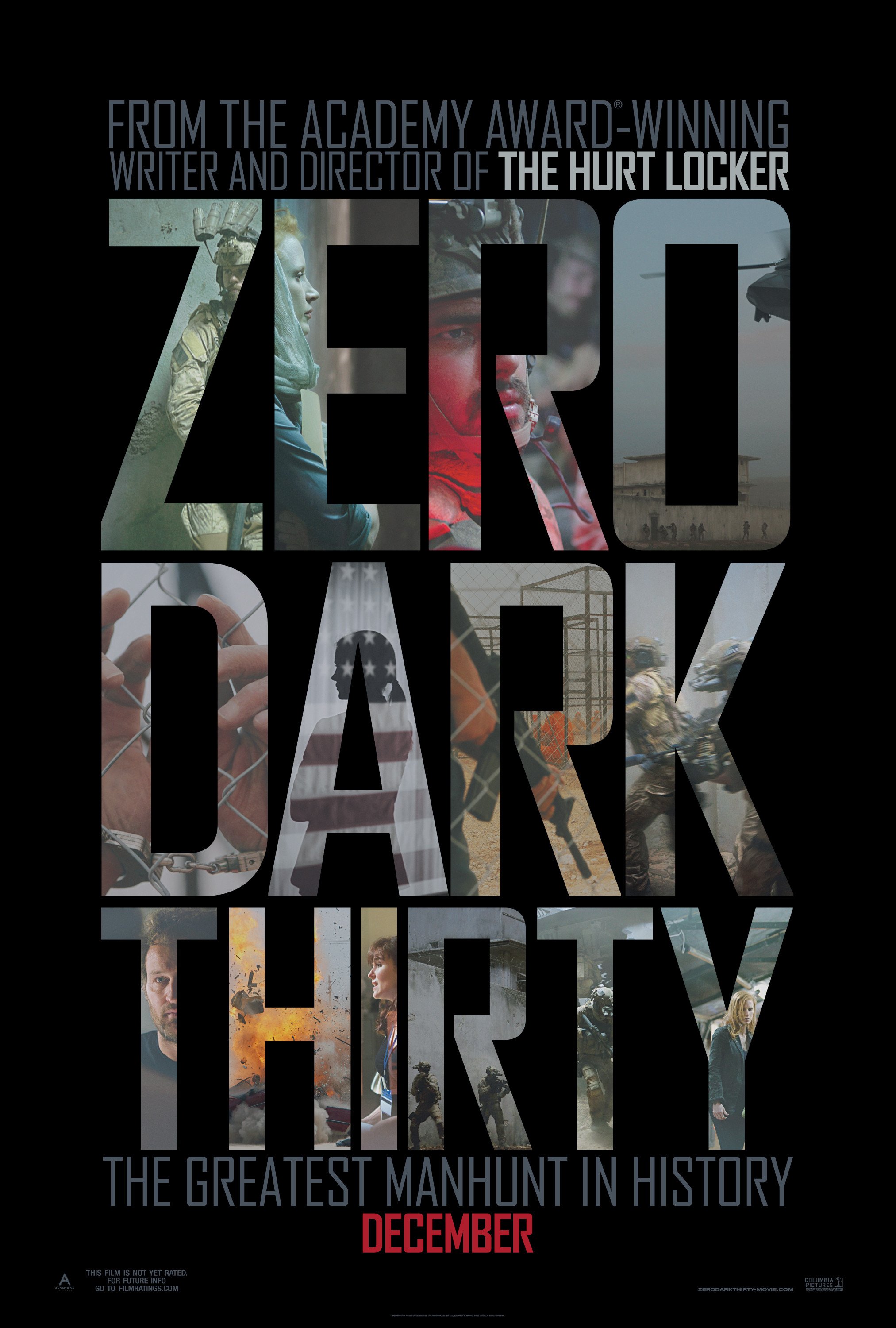 A chronicle of the decade-long hunt for al-Qaeda terrorist leader Osama bin Laden after the September 2001 attacks, and his death at the hands of the Navy S.E.A.L.s Team 6 in May 2011.

Far superior to her Oscar winning The Hurt Locker,  Kathryn Bigelow’s examination of the 10 year hunt for Osama Bin Laden is a thorough and thoughtful look at how the CIA finally tracked down the most wanted man in the world. It was a brave move to open with the torture and waterboarding scenes and it set the tone for the rest of the film which is punctuated by brutal violence and tense, tight scenes throughout leading up to the final assault. The ensemble cast is brilliant with Jessica Chastain leading the way, alongside Kyle Chandler, Jennifer Ehle, Jason Clarke, Mark Strong and James Gandolfini. 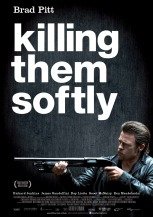 From the director of Chopper and The Assasination of Jesse James by the Coward Robert Ford, Killing Them Softly was not a hit on release, mainly down to its anti-American sentiment and tough violence. Brad Pitt is great but the brilliant Ben Mendelsohn steals the show. It also has James Gandolfini along with up and coming star Scoot McNairy.

Spirituality in the writing of Jack Kerouac

I Know That Face | Jeffrey Wright

I Know That Face | Ben Mendelsohn