Just when you think you’ve seen every iteration of vampire onscreen, people like filmmaking duo Derek O’Connor and Ian Whelan come along and find fresh life in the horror sub-genre, sinking their teeth into its neck.

Their latest comedy-horror short The Early House – created specifically for last year’s Bram Stoker Festival and set for a film festival run – centres on troubled teenager Glen. For reasons viewers will become aware of over the short, he’s got a bone to pick with some vampires who like to frequent the title bar. Solar gun and wooden stake in hand, he seeks revenge.

Boasting a sustained high-octane energy only a short truly can, the film effortlessly slides backwards and forwards in time. In doing so, it sets up familiar tropes of its genre – a woman walking home late at night being stalked, the obligatory hero origin story, the triumphant finale – and either pokes fun at them lovingly or completely subverts viewer expectation. 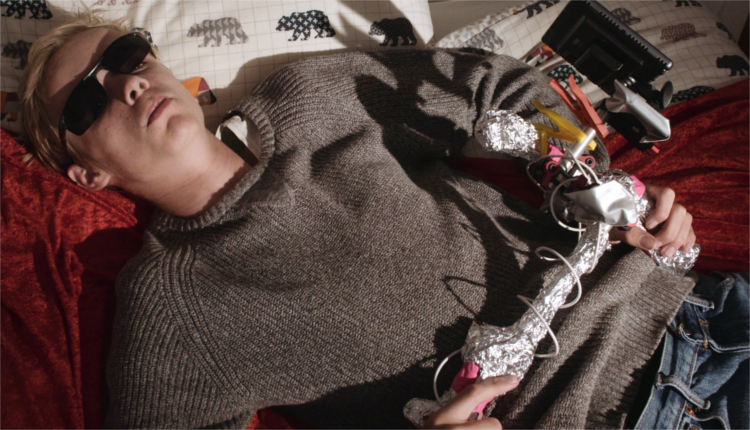 The same blend of new and old applies for the aesthetic of the film. Shot partly in black and white and utilising title cards, The Early House tips its hat to early silent cinema like F.W. Murnau’s 1922 horror Nosferatu, the first vampire story in the medium. That said, the crisp monochrome photography manages to look quite modern, probably thanks to the film being set in Dublin today – a walk home from Croker will never be the same. Meanwhile, the title cards only serve to punctuate the knowing winking humour O’Connor and Whelan conjure up.

Sadly for vampire lovers, recently the sub-genre seems to have had a wooden stake driven into its heart – the post-Twilight boom of great stories like Ireland’s own Byzantium, South Korea’s Thirst and Iran’s A Girl Walks Home Alone at Night dying out. While given its length, The Early House is not as substantial as these movies, it does serve as a reminder – all it takes is a fun unique idea to leave a bloody impression.

Episode LIV: The Táin Part I – The Pillow Talk

A Soaring Success | How to Train Your Dragon at 10