Heartbreaking are the times for those living in Dublin. Whether looked at through the prospective property buyer’s eyes or those hoping to rent, Home Truths: Stories From The Housing Crisis is a short film by Eamonn Dillon that highlights the difficulties experienced by Irish born people and immigrants alike.

From the very start of the 11-minute short, Home Truths takes on an ominously depressing feel through its dialogue and its Dublin-centered B-roll of monochromatic photographs. This sensation is entirely emblematic of the topic discussed throughout the short. In a series of user-submitted interviews and vivid photography depicting inept living conditions, Dillon devastatingly yet entirely accurately depicts the housing crisis that has displaced so many families in the past few years.

Not only is it extremely heart-wrenching to listen to, but it is also shocking to realise that these interviews (with voice actors interpreting posts originally written on Facebook) represent only a tiny fraction of the total population going through similar experiences. Whether these displacements come in the form of “extortionate rent” or “overcrowding,” as stated at the beginning of the film, some estimates by The Guardian have reported around 30,000 empty living spaces in the capital and no one to occupy them. According to the United Nations, Ireland has been the second most expensive country to live in during recent years. Sadly, this is entirely believable after watching Home Truths. 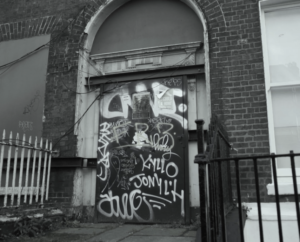 These user-submitted testimonies are as nerve-racking as one might imagine. Interviews tell of families splitting up in order to attempt to live in the modern cityscape, and commuting incredibly long hours to cut rent costs nearly in half.

While devastating in regards to its subject matter, in terms of sound design and pristine visual conceptualisation Home Truths does not disappoint. This is a short that will leave viewers with much to think about after viewing.

Home Truths: Stories From the Housing Crisis is free to view on YouTube.

Brandon Doyle is from Southern California and is a third-year English major at the University of California Riverside (UCR).

Nine Killed Her! Nine Shall Die! | The Abominable Dr Phibes Fifty Years On