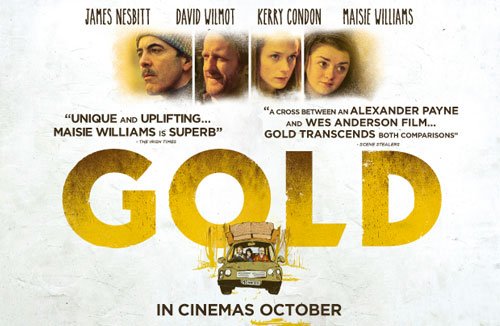 A quirky, dysfunctional family drama that tells the story of a kid being pushed into something she doesn’t want to do by an overbearing father. The arrival of a character coping with a failed suicide attempt stirs it all up. This is not an 8 year late review for ‘Little Miss Sunshine‘. If oddball ‘indie’ affectation bothers you look away. The kooky factor doesn’t end there. There are eighties tracksuits, seventies décor and the xylophone does make an appearance on the soundtrack.

‘Gold‘ tells the story of Abbie, played by Maise Williams who is probably well used to dysfunctional families given she plays Arya Stark in ‘Game of Thrones‘. Her situation here isn’t as dire but is pretty bad. Her stepdad Frank (James Nesbitt) is pushing her to be a competitive runner. When her estranged, damaged biological father, Ray, (David Wilmot) turns up, her mother (Kerry Condon) takes pity on him and lets him stay for a while. And so Ray sets about accidentally ruining all their lives.

It is a genuinely very funny film. Despite similarities to multiple other quirkfests it feels like the characters, for the most part, have real lives. A lot of that’s down to the talented cast. Maisie Williams is great without qualification and David Wilmot works well as a fragile man with a sad, broken smile. It is also not afraid to push the story forward and get things going, even if some mindfuckingly huge plot points are forgotten about by the end in the rush towards catharsis. The script is also not afraid to have Ray really, really make a balls of everything while keeping him mostly sympathetic. 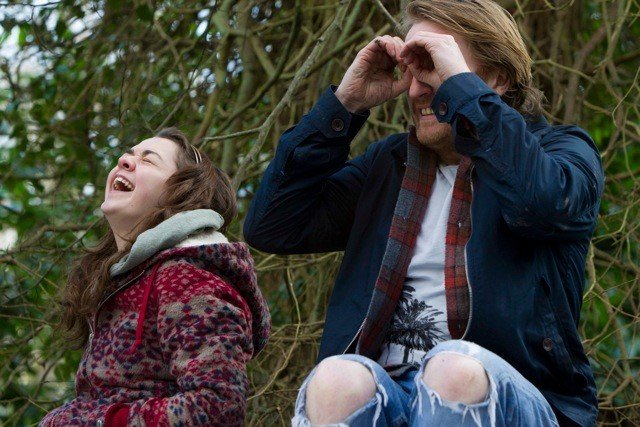 There are some bum notes. A running gag involving Frank’s workout videos gets less funny each time it’s repeated and isn’t as good to begin with as the type of thing it’s referencing (Hot Rod, anything by Richard Ayoade). There’s one very odd choice of music over a pivotal scene and a minor character is played for laughs but ends up coming across like a female, sexually active father Dougal. I promise that sentence will make sense if you see this.

It’s worth forgiving all that. If you’re the kind of person who thinks ‘Juno‘ is trite bullshit you should at least try to look past the exterior, you heartless grump. This is an engaging, solid effort with laughs, great performances and real feeling.