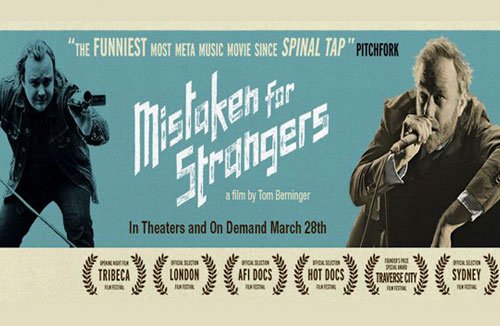 I’m a late comer to all things The National, and when I was told I would be seeing them play their biggest indie rock hits in the Big Top in Galway this summer I made it my duty to wise up. So when I was told that a recent rock-documentary about the band was just released I tracked it down. However Mistaken For Strangers was not like any music documentary I’d seen before. It was something so much richer.

As the band were about to go on tour in 2012, lead singer Matt Berninger asked his younger and somewhat directionless brother Tom to come with them and act as a stage hand. Tom decided he’d film the whole thing and what results is a documentary about the creative process, brotherly bonds, purpose in life and everything in between. Oh and a little about music too. In fact the band themselves are merely the backdrop for the story of Tom’s struggles to find his way in life and become successful, much like his older brother. Filled with hilarious, even slapstick moments, and underpinned by the true honesty of the characters involved, Mistaken For Strangers is probably the best non-rock rock doc out there. 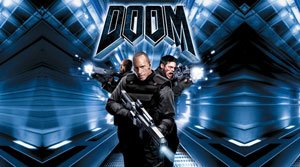 Yeah, I don’t know why I watched this film… again. I had seen it when it came out in the cinema many years ago and it was utter rubbish then. I guess much like a fine wine I had hoped time would serve it well and a reviewing of it may show some more redeemable qualities. Never have I been so wrong. Rather than age well like a wine, it decayed terrible to a stinky pile of festering slop like a piece of offal stuck behind a radiator for many months. Dwayne “The Rock” Johnson (who I actually quite like…have you seen him in Southland Tales? He’s great) leads a group of grizzled space marines to Mars where they have to figure out what’s eating all the scientists stranded there. The Rock, Karl Urban and Rosamund Pike wander around looking puzzled, then frightened, then angry and so on and so forth. The signature scene from the film was the recreation of the first person shooter scene, but just as all video game adaptations have shown, any attempt at recreating something cool from a video game will fail miserably. 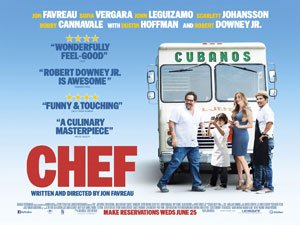 There not many films which can portray how good food tastes and until smell-o-vision finally takes over from 3D, I don’t think any film truly will. But Chef makes a damn good stab at it. Jon Favreau directs and stars in this “indie but not so indie” food comedy about a passionate chef searching for inspiration but finding himself….awwwwww.

Filled with a great cast including Dustin Hoffman, Scarlett Johansson, Robert Downey Jr, Sofia Vergara and John Leguizamo the film is a casserole of rom-com with road movie, mixed with a good dash of comedy and topped off with a touch of cheese. But the sentimentality of the last quarter notwithstanding, Chef serves up a happy, funny and adoring spread of a film. Favreau is perfect as the affable lead and doesn’t overload from behind the camera, allowing the charming script to breathe and the characters to develop. 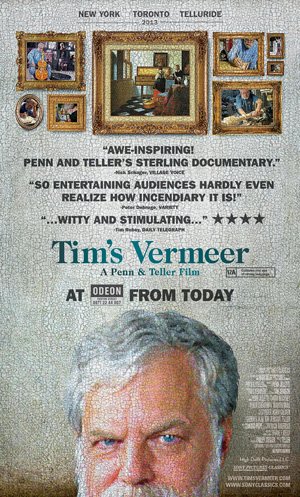 Obsession is a funny thing. I am obsessed with Bombay mix. I love it. But that doesn’t mean I spend years of my life trying to recreate the best Bombay mix I have ever had (in case you’re wondering it was a packet of Harvest Fare Bombay Mix purchased in Tesco in Ennis in April 2004). Tim Jenison is obsessed withthe painting “The Music Lesson” by 17th century Dutch artist Johannes Vermeer. He’s obsessed with how close to perfection the painting is and how Vermeer was never trained as an artist yet created paintings that captured light in the most realistic way. Tim is not an artist, he’s an inventor and he believes there is a way to recreate Vermeer’s paintings using a combination of mirrors, paint and most of all, time.

Tim’s Vermeer is a brilliantly composed documentary which shows both the passion needed and patience required to fulfil a thoroughly ambitious idea. It works as both a combination of an art history lesson mixed with a fascinating view of how the creative process can be both utterly tedious and bursting with explosions of genius. This film is literally like watching paint dry, and in this case it’s a great way to spend an evening.

Rest In Pixels: How will you be remembered?