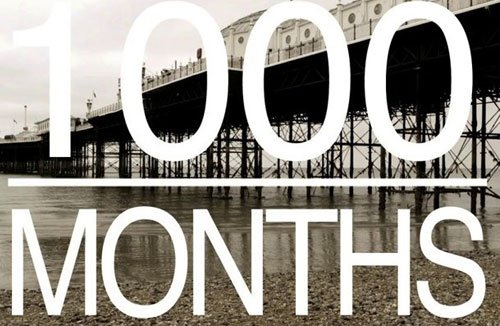 1000 Months from claire byrne on Vimeo.

1000 Months was produced, directed and edited by Claire Byrne for her Masters graduate project. She attended a Masters of Arts course in film direction at Screen Academy Scotland in Edinburgh, Scotland. The entire crew for 1000 Months travelled down to Brighton, England where they shot the film last summer.

Claire wrote the film along with musical duo Beggar’s Belief, Phil and Baxter who play themselves in the film.

Inspired by music videos and short music documentaries Claire’s aim was to capture a day in the life of two of her friends Phil and Baxter (Brighton locals) in the most organic and honest way possible. This unscripted documentary style short shows how through music and friends someone can escape the mundane 9 to 5 lifestyle that makes one stagnate.

Claire Byrne received a Bachelor of Fine Arts degree from Limerick School of Art and Design and a Masters degree in film direction at Screen Academy Scotland in Edinburgh, Scotland. She is from Dublin, Ireland.

Learning with Asperger’s, Learning from Asperger’s

Computer Love | The Freedom of the Internet for Musicians