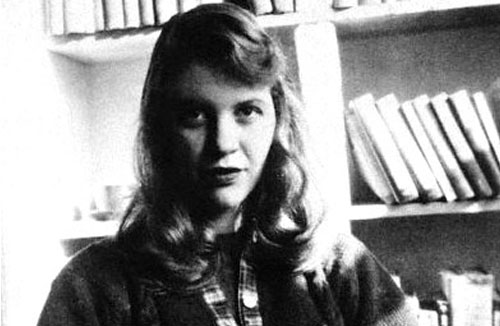 I chose Sylvia Plath as a Legend of the Month for HeadStuff because of Mirror. For those of you who know nothing about Sylvia Plath, she didn’t invent the mirror. But imagine if she did? That would be so cool and she might be a Legend of the Month that way too. But she didn’t do that. She did what great artists do, she held as ’twere the mirror up to nature. Her own mirror to her own nature, and it was fascinating, and heartbreaking. The first Mirror I mentioned, the one with the capital ‘M’ and the italics, was as I said, the reason I chose Sylvia Plath; it’s a poem. It was basically the only bit of her work that I knew, but I really love it. It’s my favourite poem but therein lies the problem, I’m not a huge poetry guy, I don’t know a lot about it. So my idea to do a full Legend post based around one poem seemed more and more like a bad idea. So I read more of her poems. And they’re great, and dark, and sad and impressive. But still, for me, Mirror is the one.

Mirror is about getting older. Specifically a woman getting older. And she doesn’t like it, she blames the reflection be it a mirror or a lake, she rewards me with tears and an agitation of hands. But really, it is not the reflection’s fault. The mirror is not cruel, only truthful. I have read this poem a hundred times, and still, for some reason, the last line still always gets me. It still sends shivers through me, and the fish always comes as a surprise. Is there a word for a surprise that you expect, or know about? If not, there should be.

In me she has drowned a young girl, and in me an old

Rises toward her day after day, like a terrible fish.

I decided I better read her only novel, The Bell Jar.

Now she’s got me. I’m no longer a fan of Mirror. Now I’m a fan of Sylvia Plath.

It’s very hard to make a book like that enjoyable. It is a novel, but basically, it’s an autobiography. Names and dates are changed, and a few bits are enhanced for story/drama reasons, but basically, it’s about her. It’s about a young woman descending into the dark, dank depths of depression. It is not hilarious. It’s not a thrill-ride. It is devastating and hard-going, but it’s feckin’ outstanding. I don’t really know why I’d want to keep reading it. Why I’d want to see how far this depressed girl would sink, or how far she’d take her plan. But I went along with it, because, perhaps morbidly, sadistically, I enjoyed it. It’s the language, the writing, the fearlessness of it. Its truth, its honesty.

It starts being brilliant right away:

It was a QUEER, sultry summer, the summer they electrocuted the Rosenbergs, and I didn’t know what I was doing in New York. I’m stupid about executions.

It’s fine sharp writing, very direct with a very strong voice. Exactly the kind of writing that I love. Every page has at least one gem on it. Here’s another one, still from the very first page.

I felt very still and very empty, the way the eye of a tornado must feel, moving dully along in the middle of the surrounding hullabaloo.

The one thing that people seem to know about Sylvia Plath, if they don’t know her writing, is that she killed herself by sticking her head in the oven. This is true, and it’s very grim. What people should also know is she died at the age of thirty, which is young by any standards. Thirty was even a young age to die at 6,000 years ago. Even when we ignore the Biblical characters who notch up centuries like decades. And despite being very depressed most of her life (she claimed to remember being mostly happy until she was nine, when her father died) (Nine!), she still managed to produce a classic American novel, two of the most highly-regarded collections of poetry, two children, she lectured at University, won prizes and scholarships and married Ted Hughes. That’s fairly unprecedented considering most great writers don’t start producing good stuff until they’re past thirty. For me to catch up with Ms. Plath, in the next year and a half I’ll need to publish three novels, make two children (twins don’t count), win prizes, get a University job, be incredibly brilliant (which won’t be easy with two kids and three rejected manuscripts) and marry Zadie Smith. Suffice to say I have my work cut out for me. No more lying lumpy as an old horse across my bed.

Nowadays people tend to mope around, stunted by the weight of too many options. People don’t really know what they want to do until they’re thirty. People in their twenties want to be a pile of different things (when they grow up) and they can’t focus on any single goal. For many people, there is too much opportunity. Well, Sylvia Plath, though she was in her twenties in the 1950s, had lots of options too, because she was basically a genius. Consider this passage from The Bell Jar:

Forget about the fact that this ends on a depressing note (can’t make up her mind, all the opportunities rot away). Really she picked about three or four of those figs, and accomplished them before she was thirty. Also, this is how she spoke about it, which in itself is much better than the average bear.

She was never truly happy in her personal life. She married Ted Hughes which seems to have been a relationship that raced from peak to trough like a heart monitor hooked up to heart that was barely hanging on. The heart wants to fight on, but sometimes it just can’t.

I wonder what she might have achieved in the next thirty, forty years of her life if she had been well enough to continue on. But perhaps, if she had been well enough, we might never have had a Sylvia Plath like we know it. Her depression was a tragedy, but without it would have been to be without Sylvia Plath. Her writing didn’t work as a therapy for herself. But her years of living were her own sacrifice to literature.

Then something bent down and took hold of me and shook me like the end of the world. Whee-ee-ee-ee-ee, it shrilled, through an air crackling with blue light, and with each flash a great jolt drubbed me till I thought my bones would break and the sap fly out of me like a split plant.

I wondered what terrible thing it was that I had done. 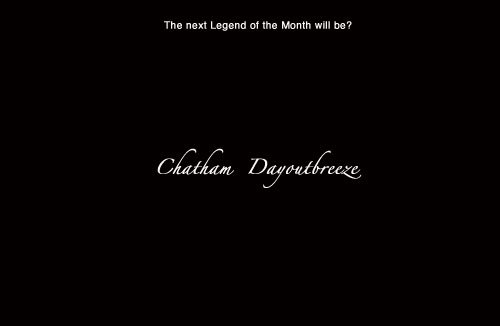