Shall We Play? The Use of Games in Literature

Shall We Play? The Use of Games in Literature

Life has always been symbolized by games in works of literature. Games can symbolize winning and losing, life and death, secrecy and foolishness or strategy and randomness. The many lessons a character and, by association, the reader can learn from the many facets of these games make what might be a deep and complicated story more clear to the everyman reader.

A game can help the reader understand the time period, from jousting in medieval times to Monopoly in the modern day and age. Games can share the class of a character, from rich sophisticated people in high stakes poker, to brilliant hermits playing chess, to innocent children playing hopscotch.

Many authors, like Haruki Murakami, are quite renowned for their dramatic use of symbolism, and the symbolic nature of games can lead a reader through any story with a clearer notion of the author’s message.

The Hand You Are Dealt

Games with playing cards are most likely the most common symbolic theme seen in literature. Everything from a “house of cards” to games of war, hearts or poker, card games mirror stories of “win the jackpot or lose it all.” Stories such as Mansfield Park by Jane Austin or Charles Dickens’ Great Expectations contain scenes of card games that mirror the love and war games that people play throughout. 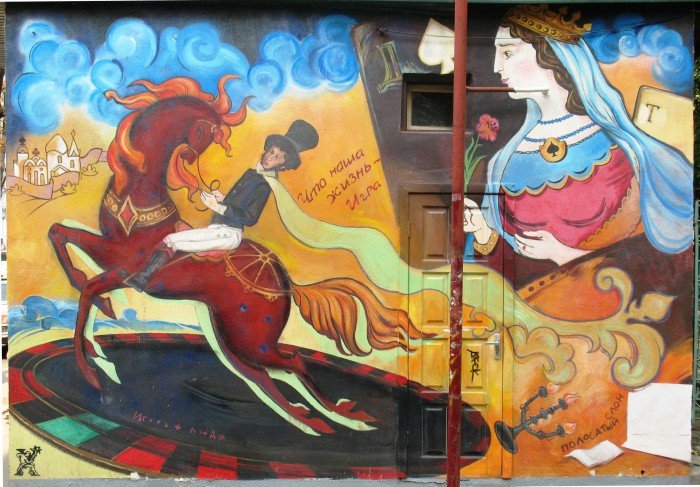 Other stories contain the card game not only as a symbol of the strife the character goes through but also as a major part of the plot. In The Queen of Spades, an Alexander Pushkin novella about human avarice, the storyline follows Hermann, a German officer in the Russian Army. Although he has sworn never to gamble himself, he becomes obsessed with it once he believes he has learned the winning secret of three special cards. This mirrors the obsession of most game players if they believe they have learned the secret of winning that no one else could know. While he eventually wins with the first two secret cards, the third – the Queen of Spades – is his downfall. He not only falls financially; he falls psychologically as he begins to see the supernatural appearance of the woman he stole the winning secret from.

Spin the Wheel, Take Your Chances 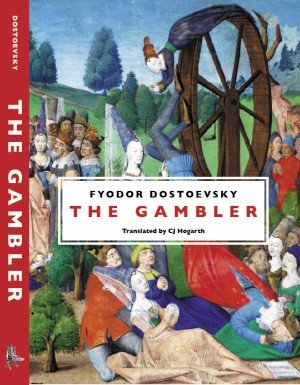 Casino games are also quite common in literary symbolism. Even games that the recreational gambler might think of as luck based contain strategies, and these are ever present in many famous stories that revolve around a casino game.

Roulette, for example, is a theme in Fyodor Dostoyevsky’s The Gambler. What roulette has represented over time is a combination of strategy and randomness. It has it’s own circle of life from winning to losing on the turn of a dime, and this is symbolized in the wheel full of numbers, both black and red. Unlike some games with only one winner, in Roulette there can be many players winning and losing constantly, like the characters in Dostoyevsky’s novella. Alexei, the hero, wins and loses at the roulette table as he is winning and losing the heart of the girl he loves, while also winning and losing his job and winning and losing companions and supporters. Polina, the love interest, also rises and falls in and out of love, money and marriage. No matter the forethought and planning, there is a certain randomness to their success and downfall. 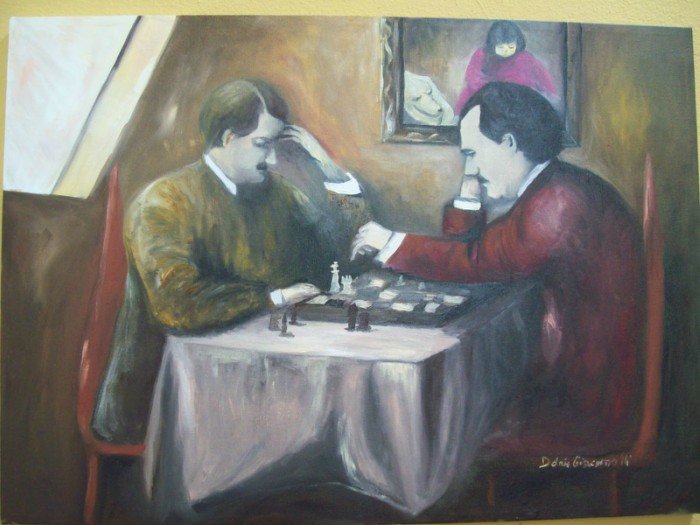 Chess is one of the most symbolic and descriptive games with allusions in many famous literary pieces. A multitude of essays, papers and even books have been written comparing the stories of One Thousand and One Nights (Arabian Nights) – and its many translations, particularly one by Richard Burton – with the game of chess. Black and white, royalty and pawns, and strategic moves filter through every story in rich detail. Characters of the stories have been likened to the Black King (Kazir), the White King (Harun al Rashid) or the White bishop (grand vizier Jafar). The stories entail pawns stealing from the royal treasury, knights who are too bored and lazy to even make a move, the destruction of castles and the power of Queens, both good and evil. The characters move through the stories much like players would move chess pieces in a professional game. The stories have even been considered a secret manual for chess strategies. 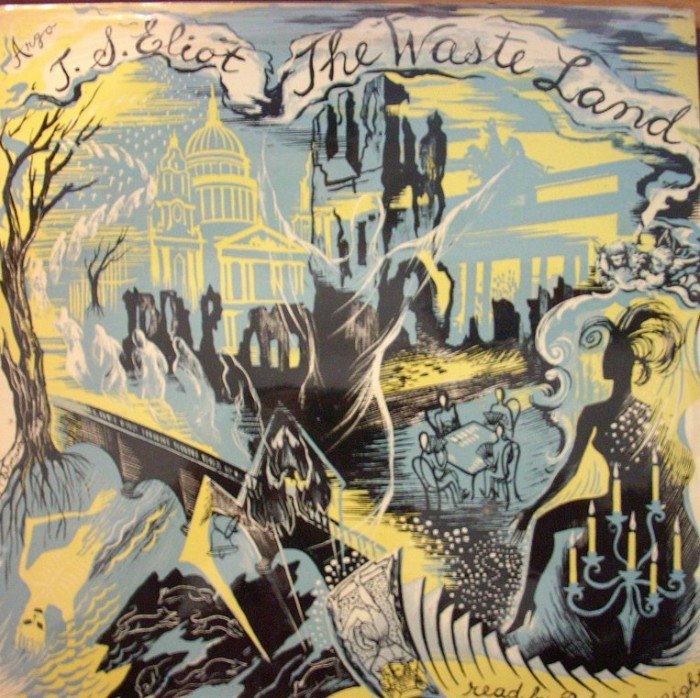 The symbolism of games is not limited to novels or stories. The use of symbolism in poems has earned many poets recognition and historical value. In William Wordsworth’s The Prelude, the poet relives the lightheartedness of card games as a child, reminding us that the object of a game is to play. It is a prelude to the poet himself, a lighter playful self before the French Revolution darkened his poetry considerably. T.S. Elliot used many forms of symbolism in his World War I inspired poem, The Waste Land, including the game of Chess. Here he believes that in all the devastation of the war, humans have lost touch with nature and have given themselves over to the artificial world of cold, lifeless chess pieces.

The symbolic nature of games is timeless. From King Arthur’s court of sword fighting and jousting to Hogwarts game of Quidditch, games have defined characters, given stories momentum, set time periods and carried readers through. Symbolism ties a reader into a story, creating a world of magic, terror, trust, passion and so many other emotions. Everyone loves the challenge of a game, making it a universal theme any reader can empathize with. It is the duty of any good storyteller to invite the reader into the game of life.

Exhibitions: ‘E.gress: A Film Exploring the Twilight World of Dementia’