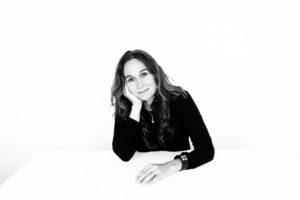 Susannah Felts is a writer, editor, and cofounder/co-director of The Porch, a nonprofit literary arts organization in Nashville, Tenn. Her fiction and essays have appeared or are forthcoming in Best American Science and Nature Writing, Longreads, Catapult, Guernica, Oxford American, StorySouth, Smokelong Quarterly, The Sun, and other publications. She is the author of a novel, This Will Go Down on Your Permanent Record, and is at work on a second novel.

Where did the idea for Versify come from?

Versify grew out of a program The Porch calls “Poetry on Demand,” which we piloted, so to speak, at a small neighborhood festival a few years ago. That day, we invited several poets to sit under our tent and listen to stories told by the festival-goers about their neighborhoods; then the poets wrote poems based on those stories on the spot, and delivered them to the storytellers. The response was so great that we decided to try it again at a larger public event a few weeks later. After that, we staged what we began calling “Poetry on Demand” at a few more events, and along the way, some folks at Nashville Public Radio had the genius idea that what we were doing might make for a good podcast. When an opportunity came around to apply for a grant from PRX to create such a podcast, we all jumped on it. 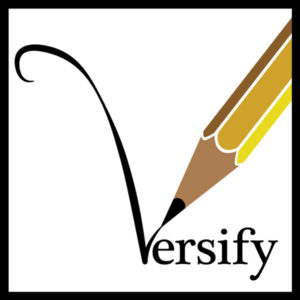 How did The Porch start, and could you give you a bit more background to the work that Porch do?

The Porch began out of a dream I had to create a full-fledged literary center for Nashville, similar to existing literary centers in other major American cities such as Boston, Minneapolis, Chicago, Seattle, and Denver. I was teaching writing workshops on my own in the community when I met Porch co-founder Katie McDougall, who joined forces with me to get The Porch off the ground. We launched in January of 2014, offering a small number of classes in creative writing (fiction, nonfiction, and poetry), as well as regular community events. Now in its fifth year of programming, The Porch offers a wide range of classes for adults; a youth program that serves elementary, middle, and high school students; outreach to various communities in Middle Tennessee; retreats for writes; book clubs; collaborations with other local arts and culture organizations; and, as always, frequent public events to build literary community and culture.

What do you look for in a story from a person on the show that means it will make a good podcast story as well as good material for a poem?

Lush, specific detail is key, I think. The poets need to build the poem from images, and that requires vivid detail in the storytelling. So we train our poets to draw such detail out of the storytellers. Of course, we also look for rich meaning — a story with thematic heft that will resonate with lots of listeners, or a particular subset of listeners. And high drama/high stakes in the narrative is never a bad thing!

There is a long tradition of non-fiction podcasts from America, which ones were your inspiration when producing the show?

We’re very inspired by StoryCorps. When I was still just in the dreaming, brainstorming stage of wanting The Porch to launch some sort of community-based writing project, I had in mind some kind of mashup of StoryCorps and Humans of New York (the photo project). I feel like Versify comes close to achieving that vision, but with more audio than images. We’re also big fans of Out of the Blocks, Song Exploder, On Being, Revisionist History, and Neighbors — one of our amazing “sibling” podcasts out of WPLN.

Do you think that podcasts lend themselves to poetry and spoken word because of the intimate atmosphere, often around very personal stories, that they can create for the listener?

Certainly. Especially, I think, when you listen with headphones! It’s just so satisfying and rich to hear people’s voices up close, in your ears, like that. Intimate is the perfect word for it.

What poets are you reading/listening to at the minute?

Funny you should ask. Quite literally, I have Mary Karr’s new book of poems, Tropic of Squalor, beside me right now. I’ve got a review of it due next week. She’s one of my favorite writers, and so far, these poems do not disappoint. I also feel like reading a Ross Gay poem once a week for the rest of my life would be a good idea.

What next for Versify, are there plans to develop the podcast?

We’re still in production of season two, and we’re developing material for season three. And as our grant funding, from PRX refers to Versify being part of PRX’s Project Catapult training program runs its course, so we’re looking into new funding streams to keep the good work going. The program also received a grant from the Corporation for Public Broadcasting ( CPB ).

More Information on The Porch can be found here

We have launched a Poetry Competition to celebrate Poetry Day Ireland with a theme of Surprise Encounters. For information and how to enter please see here.

Photo by Logan Adermatt on Unsplash

Tricks, Lies and Videotape: The Dirty Tactics of the Anti Choice Side

Poem of the Week | Two Poems by David Morris