Be part of a Paul Timoney Poetic Tour of Madness

The first time I saw Paul Timoney he was standing on a chair in the middle of at least a hundred teenagers pretending to be a talking shoe. I watched as he leant down and a young woman giggled helplessly as he spoke the rhyming words at her. Then with a flamboyant turn of the head he returned his attention to the rest of us. He pulled his jumper over his head and became… the shoe’s other half. This might sound gloriously ridiculous and in a way it was. Paul Timoney is one of Ireland’s finest storytellers, collaborators and all round wonderful people.

You might choke from laughter or get strangled with sadness at a Paul Timoney show.

His projects are filled with humour, love, inanimate objects taking on personalities, on occasion the questionable endurance of the human spirit, and even twisted love poems. He performs for adults and children alike, but some of his true magic is in his work with kids. Nobody understands the spirit and imaginative force of a child’s mind better than Mr. Timoney. He wields this secret power to bring out the child in all of us. The results are varied: you might choke from laughter or get strangled with sadness at a Paul Timoney show. Which is why you should try and be part of his latest endeavour. Paul is making a big bad collaborative display at his upcoming Lingo performance. Not only should you go to this, but if you’ve got kiddies of your own or any writing relics from your own childhood – then send them on. Paul is nothing short of a word magician and he is going to take all sorts of yokes and twist them into his show. He’s accepting pictures, stories and poems. 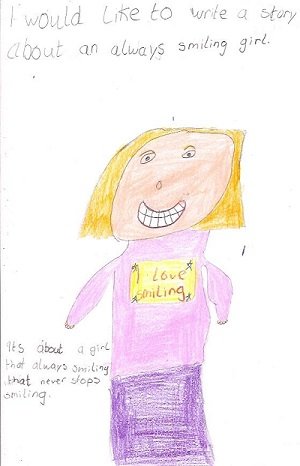 There are very few guidelines – but he does insist that scans/pictures are sent with as high a resolution as you can muster. You don’t need to identify any children – the show is about simply exploring the strange little places their minds go. All contributors to the show will get to see Paul sparkle in real life for free and bring their friends and family along to one of his fabulous shows (he intends to tour the bejesus out of the project). He unfortunately can’t let anyone in for free to the big fancy Lingo show.

If you want to be part of the magical madness that is Paul Timoney cavorting about a stage. Then get your ideas, poems, bits and bobs and childhood scraps to him now. The email he’s using for this project is  [email protected] and submissions are welcomed up until the 25th September. After which you will have missed the Timoney express and have to cry yourself to sleep. For more details check out his blog about the project by clicking here.

All photos have been strategically “borrowed” from the Paul Timoney Website of infinite glory.

Literary Autobiography or Indulgent Fluff? | The Personal Essay in Ireland