Books are not dead

The publishing industry is still alive according to CEO of Faber, Sean Page *resists opportunity to make pun*. Page was amongst other representatives from the world of publishing and the arts who came together as part of the Dublin Book Festival to highlight opportunities and challenges in the industry. Despite an economy in decline and a book market that has certainly fallen over the last few years, Page spoke of how Ireland has always been and continues to be ‘A very exciting place for literature’.

Head of Literature for the Arts Council, Sarah Bannan, discussed how there needs to be a wider network within the world of the arts. She said creativity should be nurtured and she encouraged the promotion of newer, local projects.

A great example of this cooperation and widening the scope of the arts and literature is the news that Amazon and Hachette are pals again after a long dispute. Hachette has now been granted the ability to set its own prices for e-books, which it sees as critical to its survival. The end of this lengthy public stand off shows growth and understanding between the technology and publishing industry.

Right, so I’m late by two days, but this is a weekly post so we’ll just go with it. On the 17th of November 1919 (to be pedantic), Sylvia Beach opened the doors of what became the iconic bookshop Shakespere and Company, at 12 rue de l’Odeon in Paris. This acted as more than a bookshop for the creative personalities who were living and writing in the city at the time of the ‘Belle Epoch’. It was where Beach nurtured the voices of literary figures such as Ernest Hemingway, James Joyce and Gertrude Stein. Beach defiantly kept her doors open during WWII despite expats fleeing the city. In 1941 with the threat of her shop being destroyed, she hid 5,000 books on the fourth floor of the shop where they stayed until the liberation of France. 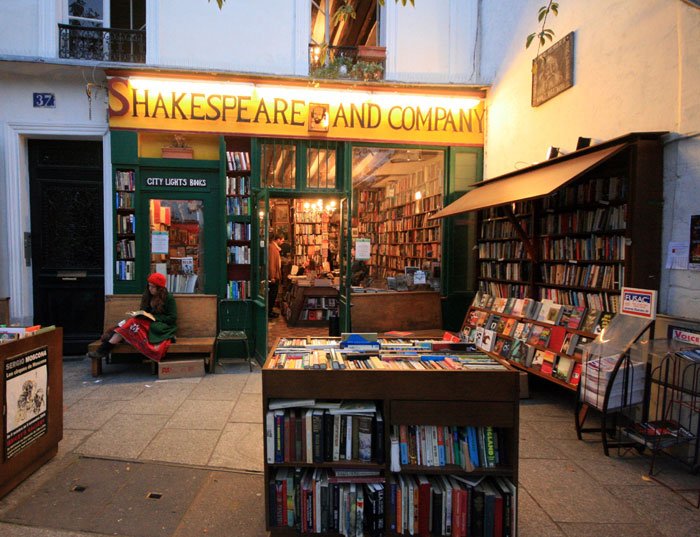 For all you table quiz *nerds* fanatics who wish to indulge in the world of poetry. This lovely event is taking place next week.

Neil Gaiman, the writer who inspires us all to ‘make good art’ has released a new graphic novel with illustrations by Italian artist Lorenzo Mattotti. This new tale reimagines the story of Hanzel and Gretel with dark and wonderful imagery.

Who are your favourite anti-heroines?

We all love flawed characters, they make for a more interesting story. Roxanne Gay wrote an essay for Buzzfeed saying likeability is a lie, “a performance, a code of conduct” and explained the differences between male and female characters who are created in order to challenge the spectator; ‘‘An unlikeable man is inscrutably interesting; dark, or tormented, but ultimately compelling even when he might behave in distasteful ways […] When women are unlikeable it becomes a point of obsession in critical conversations.” Emma Jane Unsworth, author of ‘Animals’ lists her favourite anti heroines below.

Hatsumomo from Memoirs of a Geisha by Arthur Golden

Lise from The Driver’s Seat by Muriel Spark

Elizabeth Bennet in Pride and Prejudice by Jane Austen

Lisbeth Salander in the Girl… books by Stieg Larsson

Feel free to add to her list in the comments section to celebrate the flaws and complexities of your favourite female characters.

An old notebook with drafts and revisions of poetry by Dylan Thomas has been discovered and may shed light on some of the poet’s more indecipherable poems. The poet’s Mother-in-Law had instructed her servant to burn it but instead the servant defied her and hid it in a Tesco shopping bag where it spent the last few decades. This new treasure is now expected to sell for £100,000 – 150,000

The most borrowed books 2014

A survey carried out by The Irish Times for Ireland’s public library services revealed that Gone Girl, by Gillian Flynn, the popular children’s book series Diary of a Wimpy Kid, by Jeff Kinney, and the Official Driver Theory Test are top of the pile this year. Irish people must be brimming with knowledge about three point turns and the correct way to wear a seatbelt.

American Policemen And Their Moustaches

‘Tender and tough, Audacious and Fluid’: The Wild Laughter